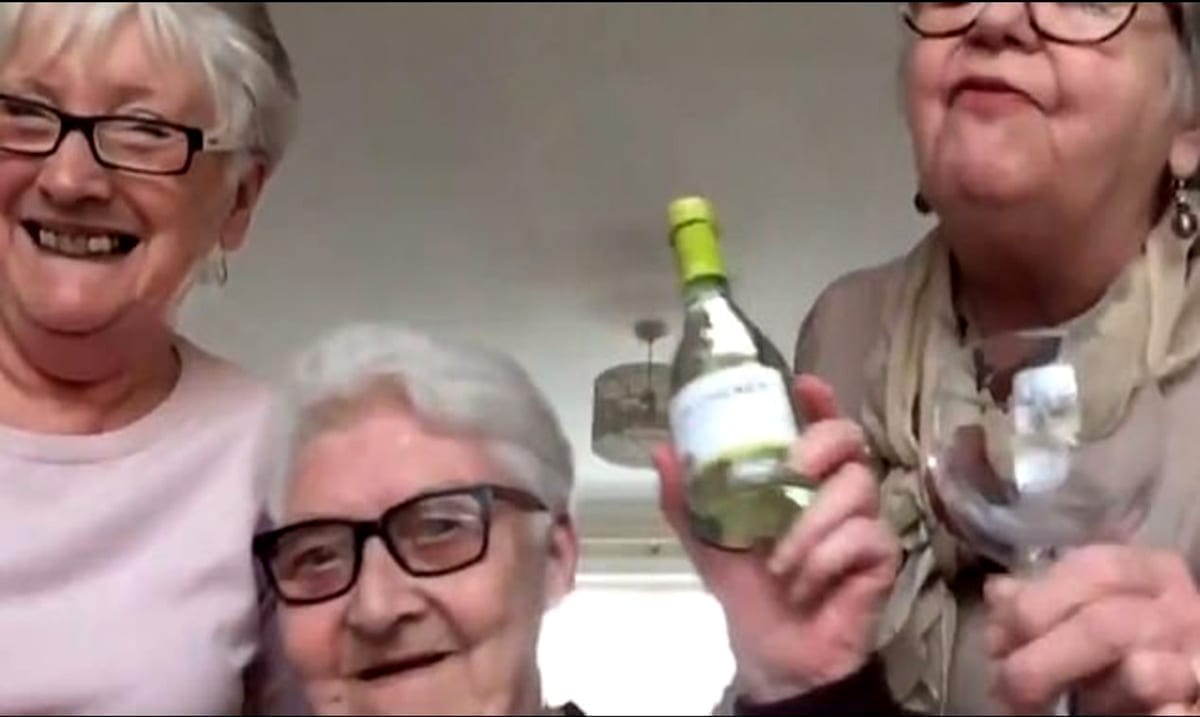 By Gerald SinclairMarch 20, 2020No Comments

While most older people in the world today struggle with loneliness these lovely ladies have one another. That even proving to be true during times like these.

According to DailyMail Doreen, Dotty, and Carol who appeared on BBC Breakfast have been lifelong friends. Unlike most who are isolating alone, these three intend to meet up and stay in one of their houses together. While before coming together the three are going to be self-isolating on their own at their different homes, once a week is up they will be coming back together.

These women are from the north of England and could be spending up to three months together as that is the length of time the government there has told people over 70 to do. These women have already been through a lot together and to them, this is a chance to drink and have fun in one another’s presence. That being said, they are having a little trouble deciding whose house to stay in while all of this does go down.

While they all have plenty of room, each house has something different to offer as Dotty has a great garden outback and other things of the sort. The group plan to bring lots of wine and instead of being in panic during this time, they will merely be in good company. Within their Skype interview, it was quite clear that the three of them were excited to spend this time together and seeing that was quite refreshing, I must say.

Seeing things like this does truly lighten the mood but it is important to remember that these elderly folk are self-quarantining so that they do not lose their lives. As younger folk, we need to also do the same so that we are not making things worse. The more we move about the more this will spread whether it will ‘affect us’ much or not. That in turn makes it easier for older people and those with compromised immune systems to contract.

To see the group talk about their plans together check out the video below. I believe this is a great idea for those who are able to self-quarantine together safely. Rather than being on their own bored, they are with good friends and able to play games, do crafts, and so much more. Yes, old people still want to be around others and this is a good way of making the best of a bad situation.