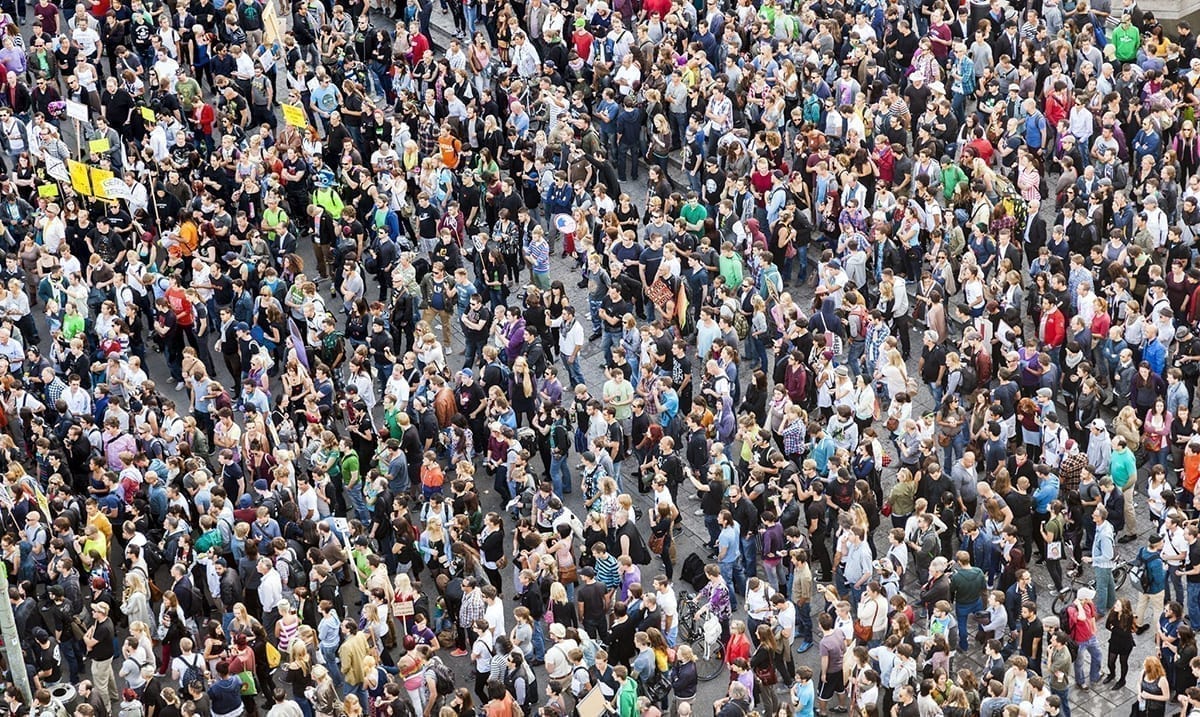 Things in 2020 have been pretty insane overall especially with this pandemic and people are getting quite tired of all of the restrictions we’re facing. While some of them are needed because of the virus itself, many people feel that a lot of them are going too far.

In recent times actually, thousands of Germans protested against coronavirus restrictions overall. They marched in Germany’s capital saying that the restrictions placed during this pandemic were violating their rights and freedoms as a whole. While some agree with this and some disagree with it, it did very much happen.

AlJazeera wrote as follows on the protest:

The crowds rallying in central Berlin on Saturday comprised an array of groups including opponents of vaccinations and conspiracy theorists, among others. There was also a small far-right presence with some marchers carrying Germany’s black, white and red imperial flag.

Organizers initially hoped half a million protesters would join the demonstration but police estimated about 17,000 had gathered. A handful of counter-demonstrators also gathered, many under the banner “Grandmas against the right”, and shouted “Nazis out” at those taking part.

Police ended the main demonstration after determining that organizers were not able to ensure health and safety regulations were being followed. They also said they launched legal action against the organizers over “non-respect of hygiene rules”.

The demonstration came as German officials fear a second wave of the pandemic, which has so far killed 9,154 people in the country amid 210,000 confirmed coronavirus cases.

The relatively low death rate – nearly one-fourth of the United Kingdom, which has a smaller population – has been seen as a result of Germany’s early imposition of strict measures.

But protesters on Saturday said those restrictions had trampled their rights. They whistled and called “freedom” and “resistance”, with some shouting, “the biggest conspiracy theory is the coronavirus pandemic”.

Others chanted “we are the second wave”.

Few protesters wore a mask or respected the 1.5-meter (five-foot) physical distancing requirement, according to media reports, despite police calling on them via megaphone to do so.

Some believe this huge gathering overall may bring forth a second wave in itself for the country and well, honestly it’s hard not to agree. While Germany overall has been very good at keeping the virus under control things like this could undermine that quickly. According to The BBC, around 20,000 people actually attended this protest so, it was quite huge.

The BBC reported as follows on this topic:

Organizers had declared it a “day of freedom” from months of coronavirus restrictions.

Demonstrators held up banners featuring such slogans as “Corona, false alarm” and “We are being forced to wear a muzzle”.

The BBC’s Damien McGuinness said some participants were from the far-right and some were conspiracy theorists who do not believe Covid-19 exists, but others were ordinary people who simply object to the government’s approach to the pandemic.

While the mood at the demonstration was peaceful, hardly anyone was wearing a face-covering or observing the required social distancing, our correspondent reported.

“Our demand is to go back to democracy. Away with these laws that have been imposed on us, away with the masks that make us slaves,” one woman said.

Police ordered demonstrators to disperse at the end of the afternoon. They said they had launched legal action against organizers for not respecting coronavirus hygiene rules.

“Yes, demonstrations should be allowed even amid the pandemic. But not like this,” he wrote on Twitter.

Social distancing rules and hygiene requirements apply throughout the country, and people must wear face-coverings in shops and on public transport. Mandatory testing has been introduced for holidaymakers returning from high-risk areas.

Germany has had more than 210,000 cases of coronavirus and more than 9,000 related deaths since the pandemic began.

What do you think about this and do you think it was a good move to protest in this manner? I for one do think some of the COVID panic is uncalled-for but overall we should be doing our part in trying to keep things under control. Sure, times are hard right now but we will all get through it if we come together instead of fighting one another like cats and dogs.