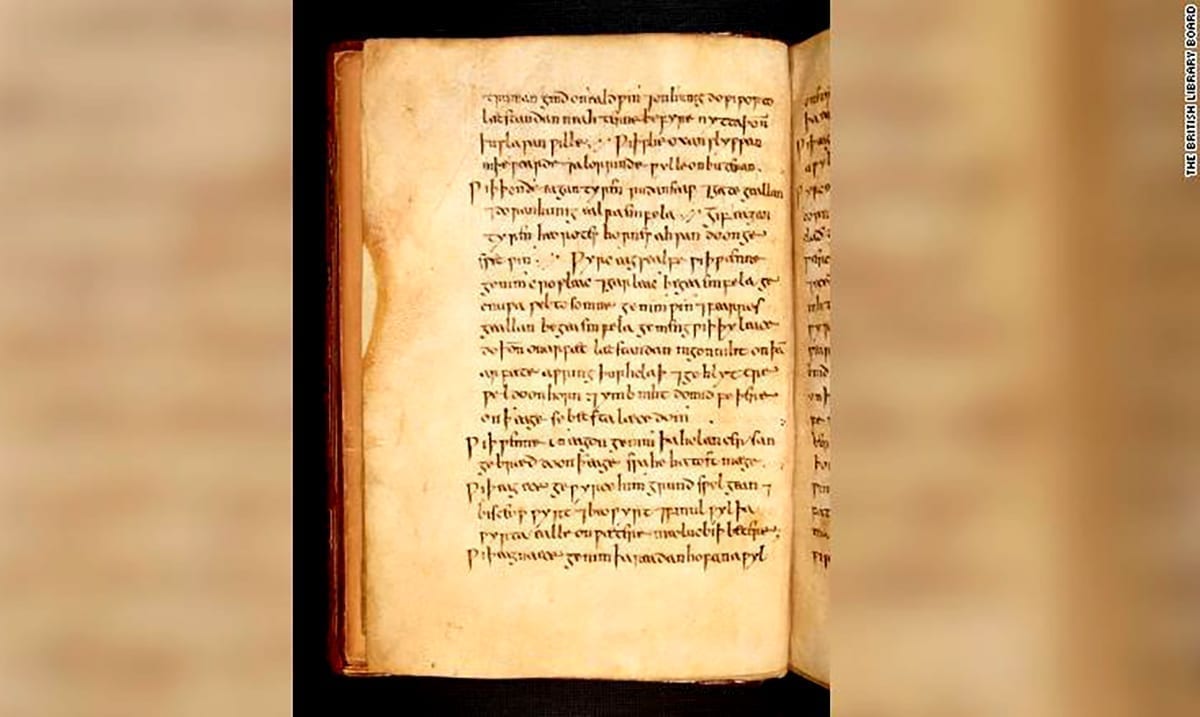 In the world today we are facing a lot of issues with antibiotic-resistant bacteria and things of the sort. That having been said, sometimes looking to the past can help us here in the present and in the future which seems to be the case right now.

According to CNN, a team of researchers have managed to find something quite interesting in a medieval manuscript. One specific manuscript held the recipe for something known as ‘Bald’s eyesalve’ and well this mixture is truly something else. It is a thousand-year-old remedy made from garlic, onion, wine, and bile salts and well, it’s proven to have lots of potentials.

Coming from the University of Warwick, information on this salve and its potential to kill off biofilm infections is quite mind-blowing for a lot of reasons. These researchers were able to find that the eyesalve overall was quite effective against a ‘range of Gram-negative and Gram-positive wound pathogens in planktonic culture.’ Findings on this were published in the journal Scientific Reports and well, the more that is done on this topic the more that it seems is coming to the light.

Novel antimicrobials are urgently needed to combat drug-resistant bacteria and to overcome the inherent difficulties in treating biofilm-associated infections. Studying plants and other natural materials used in historical infection remedies may enable further discoveries to help fill the antibiotic discovery gap. We previously reconstructed a 1,000-year-old remedy containing onion, garlic, wine, and bile salts, known as ‘Bald’s eyesalve’, and showed it had promising antibacterial activity. In this current paper, we have found this bactericidal activity extends to a range of Gram-negative and Gram-positive wound pathogens in planktonic culture and, crucially, that this activity is maintained against Acinetobacter baumannii, Stenotrophomonas maltophilia, Staphylococcus aureus, Staphylococcus epidermidis and Streptococcus pyogenes in a soft-tissue wound biofilm model. While the presence of garlic in the mixture can explain the activity against planktonic cultures, garlic has no activity against biofilms. We have found the potent anti-biofilm activity of Bald’s eyesalve cannot be attributed to a single ingredient and requires the combination of all ingredients to achieve full activity. Our work highlights the need to explore not only single compounds but also mixtures of natural products for treating biofilm infections and underlines the importance of working with biofilm models when exploring natural products for the anti-biofilm pipeline.

While of course, more research will need to be done this really does raise a lot of questions and bring forth a lot of hope. Through this salve, we may be able to accomplish more than most really comprehend. Not only is this a simple salve but it is also one that when broken down cannot be anywhere near as effective, all of the things listed are needed to make this work.

Science Daily notes Dr. Freya Harrison who worked on this study as saying the following in regard to their findings:

“We have shown that a medieval remedy made from onion, garlic, wine, and bile can kill a range of problematic bacteria grown both planktonically and as biofilms. Because the mixture did not cause much damage to human cells in the lab, or to mice, we could potentially develop a safe and effective antibacterial treatment from the remedy.”

“Most antibiotics that we use today are derived from natural compounds, but our work highlights the need to explore not only single compounds but mixtures of natural products for treating biofilm infections. We think that future discovery of antibiotics from natural products could be enhanced by studying combinations of ingredients, rather than single plants or compounds. In this first instance, we think this combination could suggest new treatments for infected wounds, such as diabetic foot and leg ulcers.”

What do you think about all of this? I for one think it could be huge. This is something we’ve been needing and well, it could help with a very real issue.