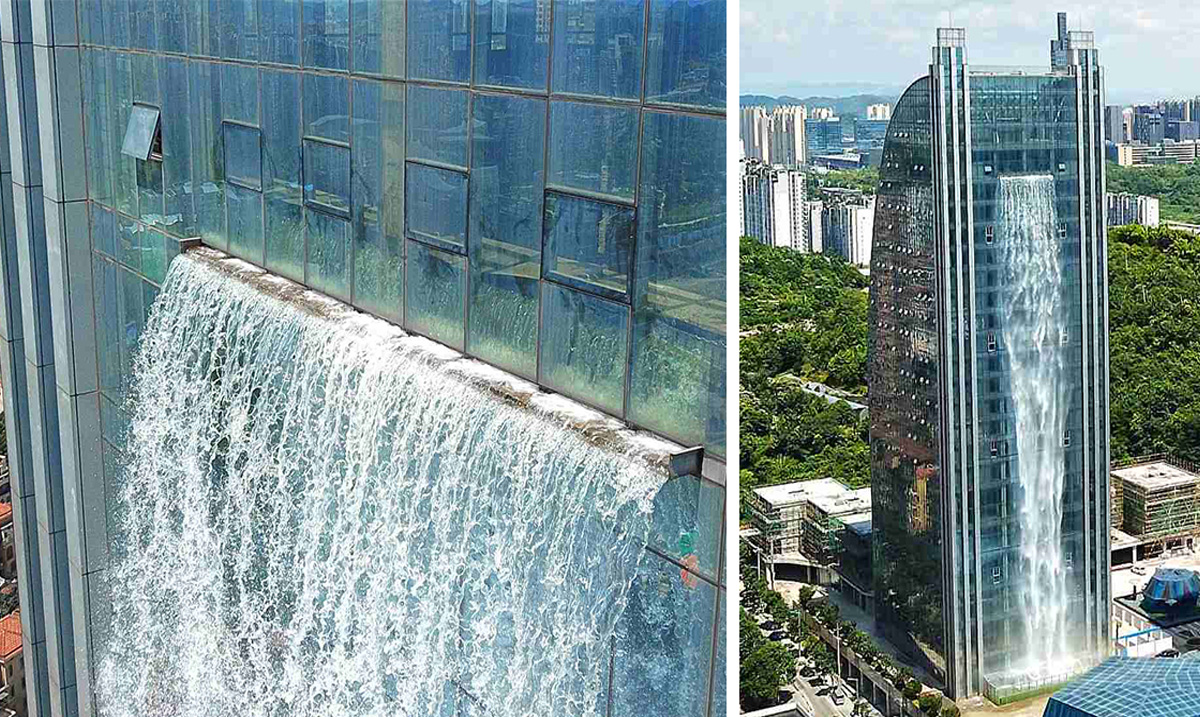 By Gerald Sinclair September 17, 2018 No Comments

While we know manmade waterfalls exist, seeing one like this is truly mind-blowing. It may come with a bit of controversy but whether you’re for it or not, you can most likely agree the idea in itself is quite unique.

This waterfall is located in China and is 350 feet tall, just 50 feet shy of the very top of this skyscraper. Water is pumped through the system consistently. Many have concerns about the amount of electricity that would require but according to the managers at the facility it’s waterfall will not be run 24/7, just on special occasions.

The Liebian Building in Guiyang, China, which has the world’s tallest artificial waterfall on its facade… pic.twitter.com/DRAsOMGwsh

When this was first created many of the locals reported having noticed an enormous water leak at the building only later to find that it was merely a massive manmade waterfall. It is according to The Times, the world’s biggest manmade waterfall. The closer you get to it the more amazing it truly appears to be.

You are not fooled by your eyes! Stunning #waterfall is spotted cascading down a building in Guiyang, China pic.twitter.com/GKdoFHFKDA

The building where it is located is a hotel and through hard work, the waterfall was made to happen. All of the problems they faced in creating it as far as the hotel landscape goes were solved. It has enhanced the city’s tourism image and has become a surprisingly popular feature.

It is truly fascinating and a lot of fun to look at. Would you want to see this skyscraper in person with the waterfall in action or do you think it is a waste?