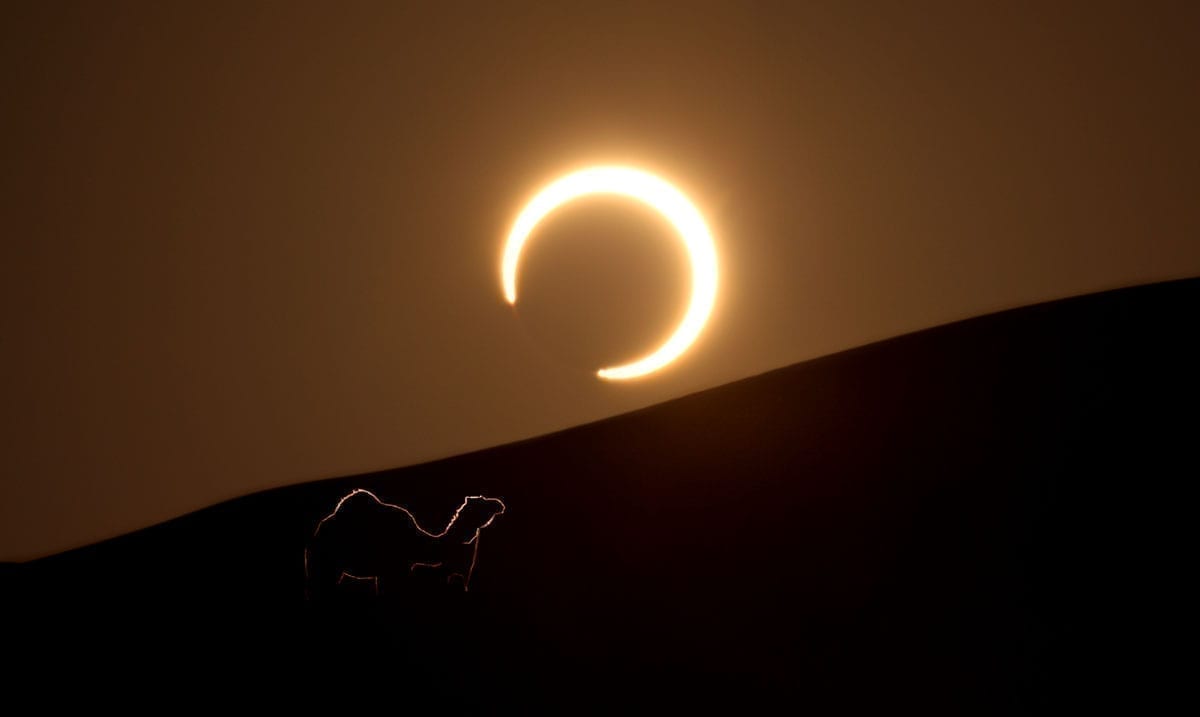 This Weekend The Moon Eats Venus, A Solstice, And A ‘Ring Of Fire’

While we might not all be able to see the events to come, depending on where you are you may still get to see some of these interesting celestial events. With how chaotic and scary things have been in the world as of late, this will be a good reminder to slow down and take breaks when we need them.

Now, for those who do not know on the 19th, there will be an occultation of Venus. This meaning that the planet itself will be moving behind our moon itself. This kind of thing does not happen often and is quite interesting for a number of reasons.

While it won’t be behind the moon for long when it comes back out it really does bring forth a very interesting and unique sight. Venus for a good while now has been a very bright object in our sky, and we’ve all been enjoying its presence. Even if you’re not able to see the event in its entirety chances are no matter where you are you will be able to see this planet close to the moon itself. I suggest getting out your telescope if you have one as it can make all the difference when it comes to viewing things like this.

EarthSky wrote as follows on Venus and this event itself:

Occultation of Venus on June 19. The waning crescent moon is taking aim at the planet Venus as we speak. Relative to the backdrop stars and planets of the zodiac, the moon travels about 1/2 degree (the moon’s own angular diameter) eastward per hour, or about 13 degrees eastward per day. On June 18, a thinner waning crescent moon will be closer to Venus on the sky’s dome than on June 17. Then, on June 19, an even slenderer crescent will meet up with the queen planet, to showcase a close conjunction of nighttime’s two brightest heavenly bodies: the moon and Venus.

On June 19, if you’re at just the right place worldwide, you can watch the moon occult (cover over) Venus, though the event will be taking place almost exclusively in a daytime sky. You’ll probably need binoculars or a telescope to witness the occultation. Venus disappears beneath the moon’s illuminated side and then reappears from behind the moon’s dark side an hour or so later. Use care if using an optical aid, as the moon and Venus won’t be that far from the sun. For your safety, and to enhance the view, have someone block out the sun with an umbrella or some such thing, but otherwise providing an open view of the moon and Venus.

Here in the most of the United States (excepting the extreme northeast U.S.), at dawn on June 19, by the time the moon rises, the occultation will already be over. Thus we’ll see the moon to the east (sunrise side) of Venus. We’ll see Venus exceedingly close to the moon, on the side of the moon that appears darkened and perhaps illuminated by earthshine.

Now, from there we will move onto some of the other more prominent events to come one being the solstice itself. I know, you can’t really see a solstice, it is something that just ‘is’ but it’s still a great energy to be facing. The solstice of June happens on the 20th and might really put us all in a good mood for a bit.

While that all might sound like a lot, there is also going to be an annular solar eclipse on the 21st. Yes, this will for the most part close out the big celestial events we’re facing this week but it’s truly going to be a powerful force. If you’re here in the US sadly you won’t be able to see this eclipse in person but you can still find videos of it online after the event as per usual.

To learn more about the things June has had to offer us as this month has continued, take a look at the video below. It will cover things that have already passed and things to come. I for one try to catch as many celestial events as I can.