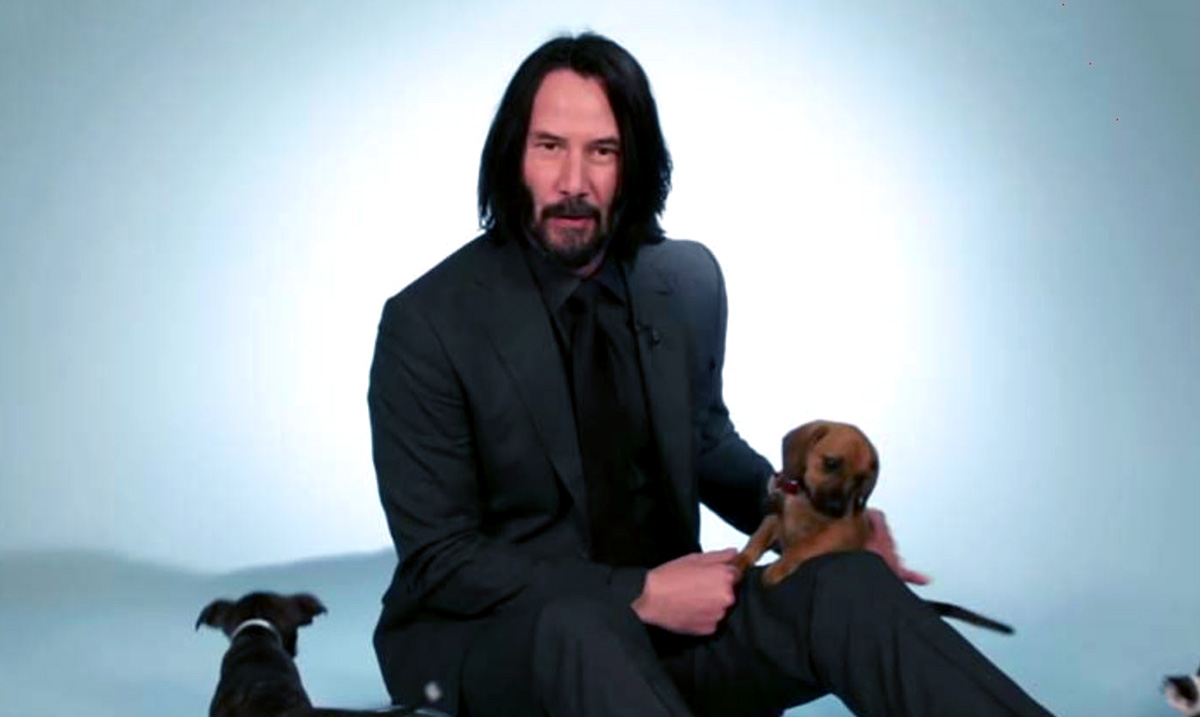 Keanu Reeves has literally won the hearts of women across the world, and perhaps his most attractive trait is his down to Earth and humble spirit. And while we all sit back, lusting after the beautiful spirit that is Keanu, he has made himself exponentially cooler in this video of him answering fan’s questions and loving on adorable puppies.

From giving a ride to fans who had been stuck on a plane layover, to giving up his seat to a pregnant woman on the bus, Keanu is not your typical celebrity. And while there are a few that take time to carry out acts of philanthropy, it seems that aside from his typical acting career, Keanu makes it his life’s work to make other people smile.

To prove this, Keanu is aired on Buzzfeed Celebs sitting in a literal pile of adorable puppies. Not only is he in the midst of these puppies, who keep him pretty distracted – I mean who can focus in a pile of puppies – but Keanu actually took the time to answer the questions of his biggest fans.

Keeping it lighthearted, and you know, Keanu humble style, he candidly brushes off the questions oozing with obsession and sweetly answers each and every question as best he can. Answering the first question, about his ‘secret’ to remaining so down to Earth, he replies, ‘Gravity,’ in his extremely se*y, laid back, yet sweet tone of voice.

I have to admit, up until this video, while I (as many other women) have lusted after the handsome fifty-something-year-old star, I now have a new found respect and love for him. In case you didn’t know, Keanu playing with puppies is the ultimate aphrodisiac and mood enhancer. You are welcome.