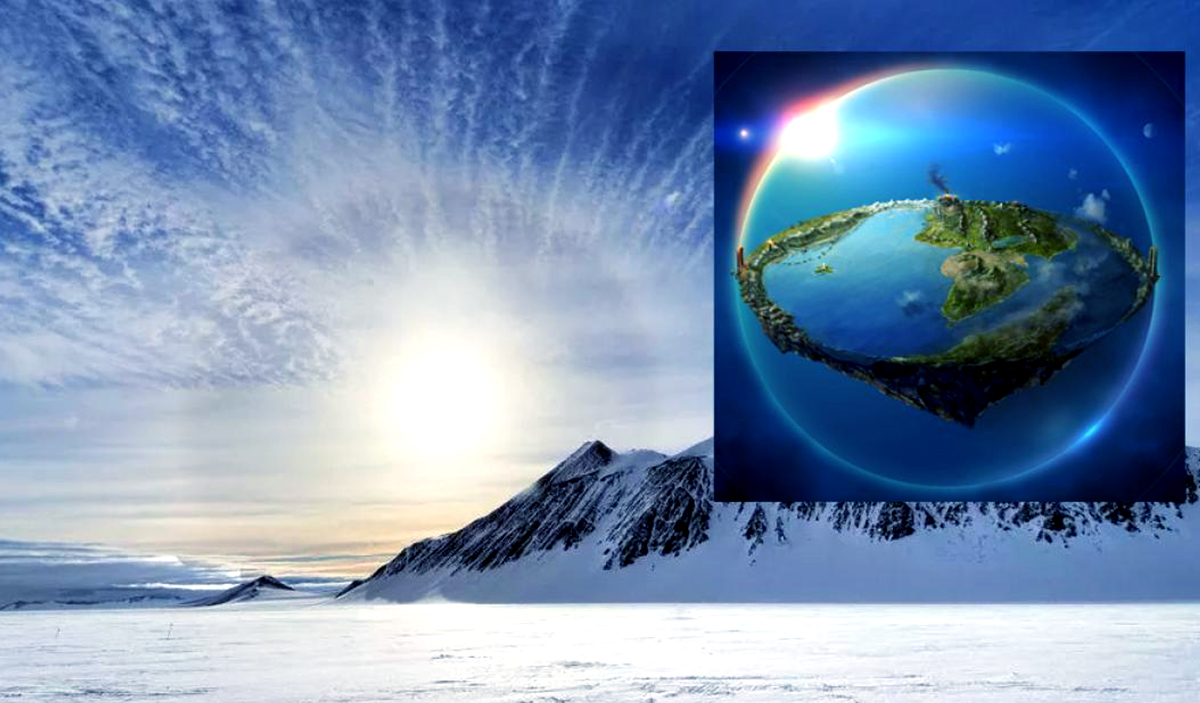 This Timelapse Video Is Enough To Shut Down Any Flat Earth Argument, Period!

By Gerald SinclairApril 16, 2019No Comments

While it is quite clear that the world we live on is not flat, plenty of people still believe that it is. Because of this and the theory that surrounds the Earth being flat, debunking it has become quite a hobby for many.

Anthony Powell spent a lot of time working on this time-lapse and it does more than prove that the planet we call home is not anything close to flat. This time-lapse was posted back in 2015 and still even now is quite prominent in the world of those looking to better understand how things like this work. For those who do not know Anthony Powell is a filmmaker and photographer who spends most of his time in Antarctica. If you haven’t seen his ‘A Year On Ice’ it is well worth taking a look at.

This time-lapse shows the movement of the Sun and outlines how it manages to stay present or not present for long periods of time. You will see the Sun move up and down in the sky all the while daytime still reigns over everything. While mind-blowing to see it is something that happens in Antarctica.

Anthony Powell wrote as follows in the description of his video:

The camera was set to take a photo once every one minute and one second (so that the second hand would be moving). Lens was set on f22 to get enough depth of field to have the watch and horizon both in focus. A modified Orion equatorial telescope mount was used to track the sun. Camera and tracking powered by solar panel and batteries.

To see what the sun does at the actual South Pole, check out this video by Robert Schwarz: https://vimeo.com/208466944

P.S. Flat Earth people, you are very entertaining with your comments. My challenge to you: put your money where your mouth is and book a cruise ship holiday to Antarctica below the Antarctic circle to prove the video wrong. I’ll even reimburse the cost of your trip if you can prove the sun does not do this as shown in this video.

The Sun doesn’t go up or down for those who are so close to the poles. It’s almost as if the sun moves in a circle. The shape of the Earth and its movements all go into play when it comes to making things like this happen.

When explaining this phenomenon one Quora user wrote as follows:

That is because the Earth’s axis is tilted away from the perpendicular to Earth’s orbital plane. The axis always points (more or less) in the same direction in space. However, relative to the Sun, the tilt direction varies, as the Earth orbits the Sun. Each pole tilts towards the Sun for half the year then away from the Sun for the other half of the year. This affects the whole planet, but the effect is most extreme at the poles. At the poles, there are about six months of daylight followed by about six months of night.

An important fact that is sometimes not clearly stated is that, at the poles, the Earth’s rotation does not cause the Sun to rise or set. In fact, the Sun’s apparent daily motion is (almost exactly) parallel to the horizon all the time.

However, the Sun does rise and set at the poles, at intervals of 6 months. That’s because the distance of the Sun above and below the horizon varies during the year, as the Earth orbits the Sun. Diagrams showing how the Earth’s orbit affects the amount of sunlight at the poles are given in the link below.

Due to refraction by the Earth’s atmosphere, the Sun can still be seen for a few days when it’s just below the horizon. Also, the Sun moves only very slowly below the horizon as winter approaches, so there is quite a long period of twilight at the poles. It depends on which definition of “twilight” you use, but twilight is usually said to last for about 2 weeks at the poles. The same thing happens as the Sun is ready to rise above the horizon in the springtime. So there is about a month of twilight in total. So really the poles are in proper darkness for a bit less than 5 months of the year. In fact, the length of time when the North pole has no twilight of any kind (strictly defined) is no more than 11 weeks. That’s less than 3 months!

Here’s a link to a page about the seasons, showing some diagrams that make things easier to visualize. Please “scroll down” on this page to find the most useful diagrams: What causes the seasons?

Below you can take a look at this special time-lapse for yourself. How do you feel about it? Do you think it might be edited like many suggest or is the Earth really as rounded as we would like to believe? Again, this seems to be more than enough evidence, right?