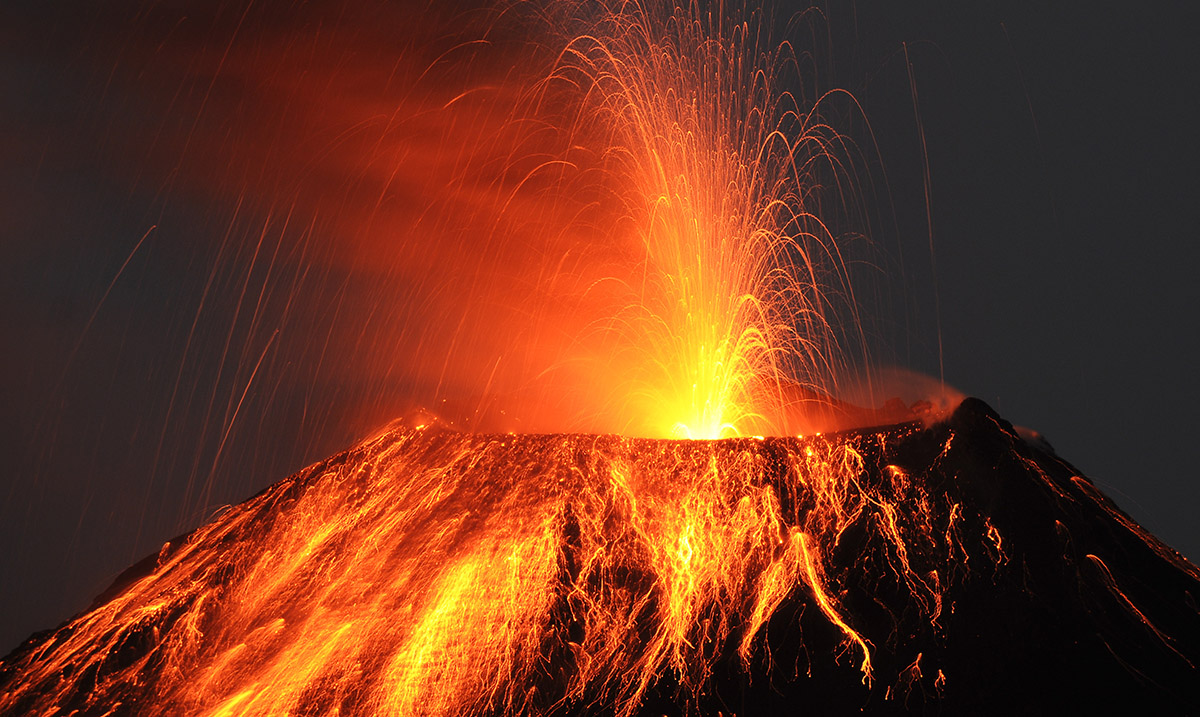 This Supervolcano Seems To Be Restarting Its Cycle Of Fire

By Gerald Sinclair November 16, 2018 No Comments

Campi Flegrei in Italy has not let loose is quite some time but it seems things are beginning to change. Experts have been warning for quite some time that we could be closer to an eruption there than we might expect and now more is known on the topic.

While there is not currently any danger of an eruption there does seem to be a new magma cycle beginning that could be devastating in the future. A paper on this was published in Science Advances and goes over the long-term magmatic evolution of this specific location. Basically, we are currently seeing things set in motion to bring the volcano itself back to life.

The abstract of this paper goes as follows:

Understanding the mechanisms that control the accumulation of large silicic magma bodies in the upper crust is key to determining the potential of volcanoes to form caldera-forming eruptions. Located in one of the most populated regions on Earth, Camp Flegrei is an active and restless volcano that has produced two cataclysmic caldera-forming eruptions and numerous smaller eruptive events over the past 60,000 years. Here, we combine the results of an extensive petrological survey with a thermomechanical model to investigate how the magmatic system shifts from frequent, small eruptions to large caldera-forming events. Our data reveal that the most recent eruption of Monte Nuovo is characterized by highly differentiated magmas akin to those that fed the pre-caldera activity and the initial phases of the caldera-forming eruptions. We suggest that this eruption is an expression of a state shift in magma storage conditions, whereby substantial amounts of volatiles start to exsolve in the shallow reservoir. The presence of an exsolved gas phase has fundamental consequences for the physical properties of the reservoir and may indicate that a large magma body is currently accumulating underneath Campi Flegrei.

Co-author of this study Gianfilippo De Astis told NY Times that while the magmatic reservoir is at rest right now and might be for quite some time it could become active. The chances of an eruption during our lifetime is not quite likely but definitely won’t be as far into the future as we initially would have thought or assumed. We already knew that pressure in the caldera had been building and has been building for at least 60 years which sets a dark tone for the whole area.

Christopher Kilburn from the University College London Hazard Center actually told Science Alert as follows in regards to the potential for an eruption:

“By studying how the ground is cracking and moving at Campi Flegrei, we think it may be approaching a critical stage where further unrest will increase the possibility of an eruption, and it’s imperative that the authorities are prepared for this,”

“We don’t know when or if this long-term unrest will lead to an eruption, but Campi Flegrei is following a trend we’ve seen when testing our model on other volcanoes, including Rabaul in Papua New Guinea, El Hierro in the Canary Islands, and Soufriere Hills on Montserrat in the Caribbean,”

In the future, gaining a better understanding of this whole situation could end up doing a lot of good in this world. While we might not see an eruption now, it is imperative that we learn how to deal with one in the years to come or perhaps how to prevent one. This kind of thing would prove to be quite devastating for most of the world, if anything were to come of the current activity.