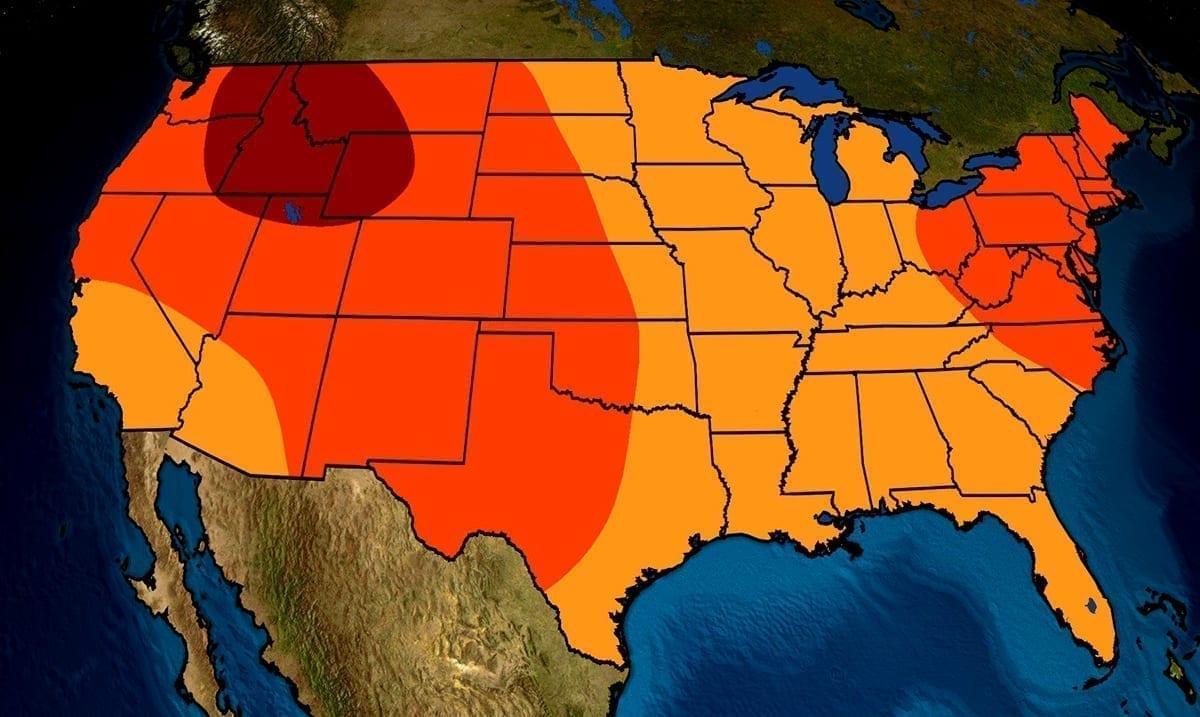 This Summer To Be One Of The Hottest On Record

We might have had some cold spells here and there but this year in itself seems to be a bit warmer than usual. According to The Weather Channel, we here in the US may even end up having a ‘hotter-than-average’ summer.

Back in April just before things really began heating up for us, TWC wrote on their website that most of the ‘lower 48’ should be expecting a warmer-than-average trend this summer by August. While noting temperatures could be near to above average in May for most states, many are finally realizing how quickly this heat has come forth. If you’re in the Northeast or mid-Atlantic above-average temperatures are a reality you’re going to be facing from June all the way through to August according to TWC.

The Weather Channel wrote as follows when reporting on this topic:

One factor that suggests it will be a hot summer for most of the U.S. is sea-surface temperature changes that are expected to develop in the equatorial tropical Pacific Ocean.

Water temperatures in the equatorial tropical Pacific are monitored for indications of a developing El Niño or La Niña. ENSO-neutral conditions, meaning neither El Niño nor La Niña, are currently present.

Some cooling in the tropical Pacific has recently been observed, while sea-surface temperatures in the Indian Ocean and areas near Indonesia have had warming, as highlighted in the graphic below. Computer models suggest this trend may continue into the summer, which may lead to La Niña conditions developing later this year. As a reminder, La Niña occurs when the equatorial eastern and central Pacific Ocean is cooler than average by at least 0.5 degrees Celsius (0.9 degrees Fahrenheit), along with consistent atmospheric indications.

A hot summer is often observed in the U.S. when a shift toward La Niña occurs.

This all makes a lot of sense and while the heat is already seemingly unbearable, it’s something we can handle as long as our air conditioners are still kicking. According to The Guardian, The US National Oceanic and Atmospheric Administration has calculated 2020 as possibly being one of the hottest years since measurements of records began. They noted a 75 percent chance 2020 would be the hottest since and 99.9 percent chance that it would at least reach top-five status.

Even the Climate Prediction Center has been calling for hotter than average temperatures during our summer months. If you’re in the South chances are you’re not going to be able to avoid these extreme heats and while they might feel good at first I am sure most of us will be begging for winter to come long before summer is officially over with. Things like this are never fun to experience.