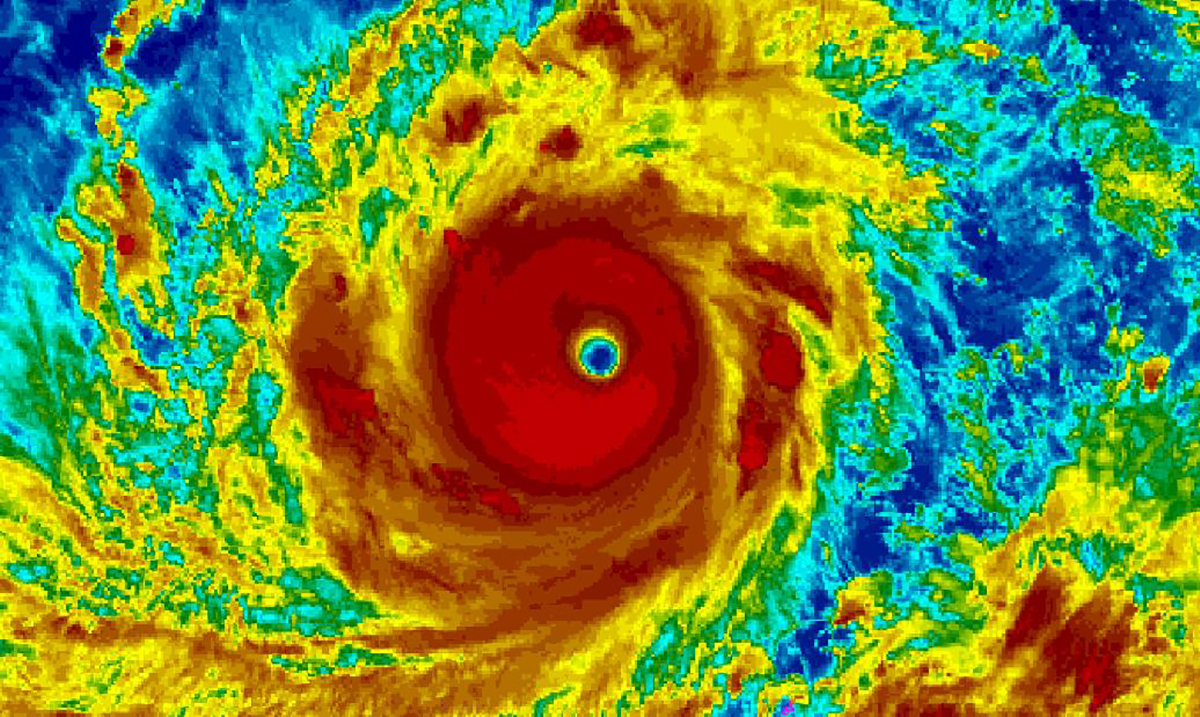 By Gerald Sinclair September 14, 2018 No Comments

While we are dealing with Florence here on the East Coast in the US there is another horrible storm making its way to Southeast Asia. This storm is a Super Typhoon and could be the strongest of this season so far.

While we should not forget the danger of Florence and we should also pay attention to Super Typhoon Mangkhut, chances are if you’re here in the US you haven’t heard much about Mangkhut at all. It is important to note that Mangkhut is also referred to as Ompong depending on the area. This typhoon is expected to hit Southern China, Northern Laos, Vietnam, and the Northern Philippines. While no change is expected, anything could happen.

This typhoon is the equivalent to a category 3 hurricane at the moment and could become stronger as it progresses. Sudden increases of wind speed have been noted to reach 158 mph and any land that is hit will suffer major damage. Mangkhut according to CNN’s meteorologist Brandon Miller poses a much more serious threat to the lives in the places mentioned above as it will have stronger winds and cover a much larger area than Florence.

The governor of Guam has even gone so far as to ask for help from President Trump because of the damage that was caused there when Mangkhut tore through it as well as the Marshall Islands just earlier this week. In case you were not aware, Guam is a US territory.

While the Philippines is next in line to be crossed evacuations are only beginning. Schools are being closed and many are preparing for potential landslides. Landfall has according to Al Jazeera already been made in the Northeastern tip of the Phillippines and will affect around 5 million people or more along its path. All of these people need to be kept in our thoughts as they do not know how this will play out.

Substantial damage is expected in the Philippines and locals can only hope this typhoon does not flatten everything. Many in Hong Kong and so forth are as this typhoon moves along stocking up on food and supplies causing prices to rise. Some relief items have been pre-positioned in critical areas but only time will tell just how devastating this whole ordeal will be.

Following the arrival of Typhoon #OmpongPH in the Philippine area of responsibility, the Department of Social Welfare and Development is now on red alert status to strengthen its monitoring and preparedness for response measures in areas along the typhoon’s track. pic.twitter.com/8avkGzsCyw

For more information on super typhoon Mangkhut please check out the video below. It seems there is a lot more going on in the world of weather than we care to realize. These people are going to need help just as much as we are if not more-so.