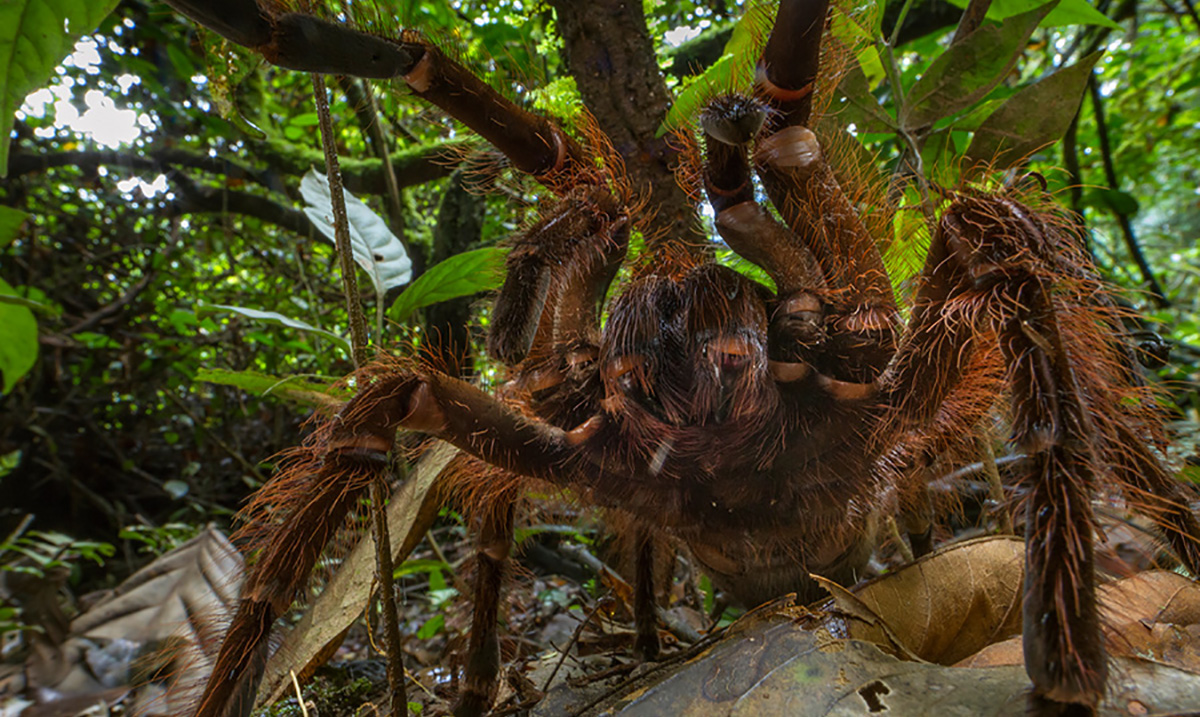 By Gerald Sinclair October 20, 2018 No Comments

Depending on whether you like spiders or not, the idea of a small puppy or kitten sized one might either delight you or make you almost shit yourself. Recently, photos of a large species of tarantula have been circulating again and the internet has been having a field day.

The images circulating are photos taken by Piotr Naskrecki a wildlife photographer. He has several degrees and is also an entomologist. He through his photographs hopes to promote appreciation and conservation of all kinds of invertebrate animals. While most don’t realize it even huge spiders have their place and purposes in this world.

Piotr is the author of over 30 scientific, peer-reviewed papers and book chapters, and his photographs and nature writing have been published in a number of national and international publications, including The Smithsonian Magazine, Natural History, National Wildlife, National Geographic, BBC Wildlife Magazine, BBC Knowledge, Terre Sauvage, Time magazine, Ranger Rick, and many others. His book “The Smaller Majority” (Harvard University Press 2005) illustrates a multitude of threats faced by invertebrate animals, whereas his most recent book “Relics: Travels in Nature’s Time Machine” (University of Chicago Press 2011) explores ancient organisms and ecosystems of the globe. Piotr’s photography has been exhibited in numerous venues, including the American Museum of Natural History in New York, The Natural Museum in London, Harvard Museum of Natural History, Aquamarine Fukushima (Japan), and others.

Hopefully, that will give you a little insight as to where these images come from and why they exist. The species of tarantula in his photos is 100 percent real. It is known as the South American Goliath bird-eating tarantula. It is the largest spider in the world but not as big as some are making it out to be. They make noise as they walk and are quite scary, especially to those who dislike spiders.

While these images are from 2012-2014, they are still quite amazing. No, they are not photoshopped, this tarantula really is that huge.

(All photos are the property of Piotr Naskrecki)