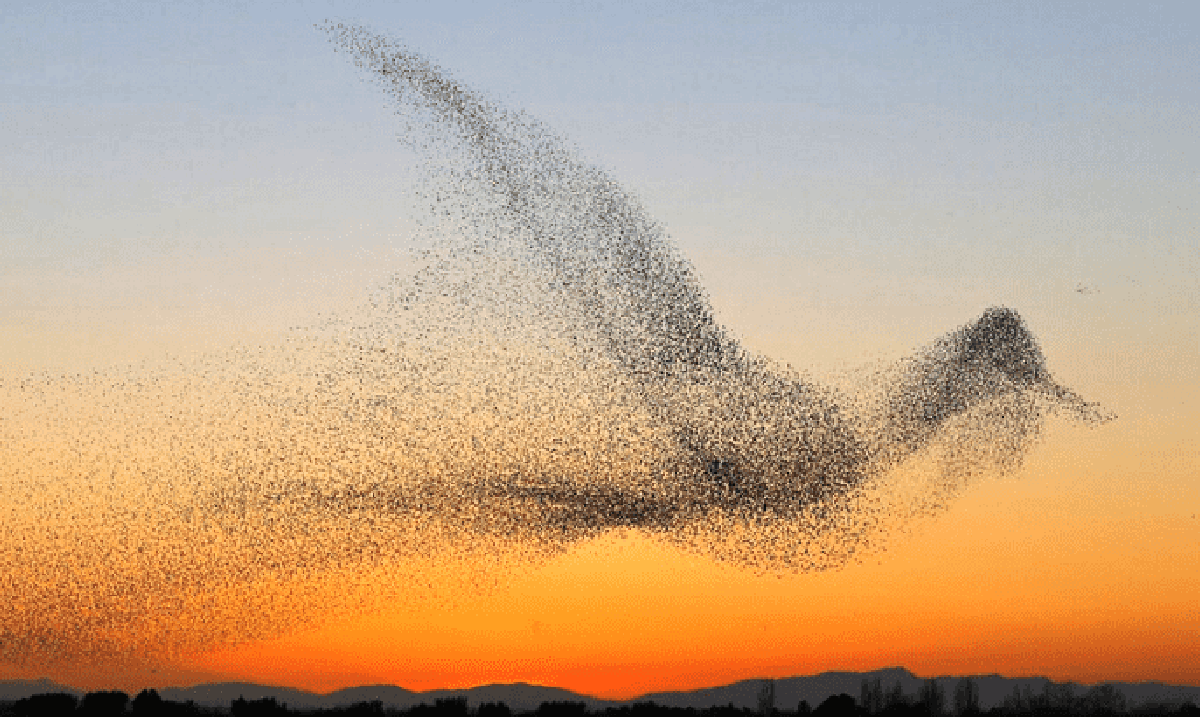 By Gerald SinclairDecember 5, 2020No Comments

While we know photography is an amazing form of art, photographs like this really do show that in more ways than most will admit. Capturing the best moments is not easy and well, this photographer managed the seemingly impossible.

Daniel Biber who happens to be a professional wildlife photographer from Hilzingen Germany was in the perfect place at the perfect time and really captured a flock of birds at the best possible moment. While this photo was captured back in 2016 according to World Photo, it is one that makes its rounds quite often online because of how marvelous it truly is.

As you can see below this photograph is of a flock of starlings, taking the shape of a bird all as one. This photo came from a series of photos that Biber took that year on the 31st of December ‘near Sant Pere Pescador in Catalonia, Spain.’ World Photo noted that Biber for years observed these starlings in Costa Brava but was never able to get the shots he truly wanted the most. Sure, he always got good pictures but this specific one he managed that day, takes the breath away from most who see it. 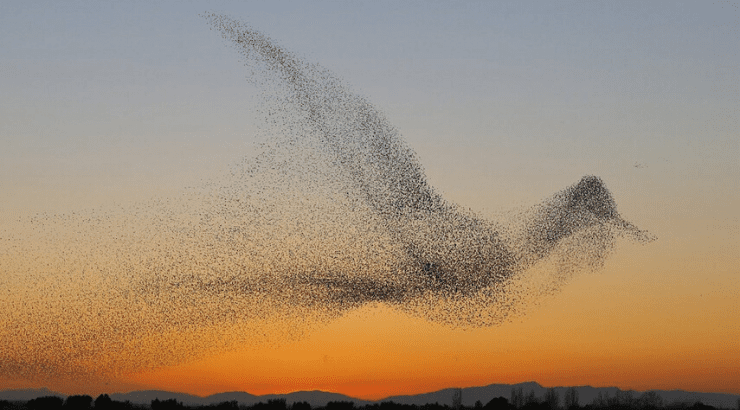 According to Daily Mail, Bieber didn’t even realize the shots he had managed to snag until he got home and realized that they were making the shape of a huge bird. In the moment he was so caught up in getting the best shots, he overlooked that completely. I know, looking at the photo
above it seems hard to miss but I could see being enamored in what you’re doing and missing it at first.

Daily Mail wrote as follows after speaking with Biber on this amazing feat:

He managed to take a series of images which show the birds merging into the shape of a giant bird when they were targeted by a predator.

And the unique snap has since earned him the top prize in an international photography competition.

But Mr. Biber said he only realized his luck once he reviewed the photographs on his computer.

He said: ‘I was taking pictures of the murmurations over several days.

‘Only when I checked the pictures on the computer later, I realized what formation the starlings had created.

‘I was so concentrated on taking pictures at the time that I hadn’t realized that the starlings had created a giant bird in the sky.

‘It took less than 10 seconds for the birds to create that formation.

What do you think about this shot? I for one love it. Biber really did a fantastic job.