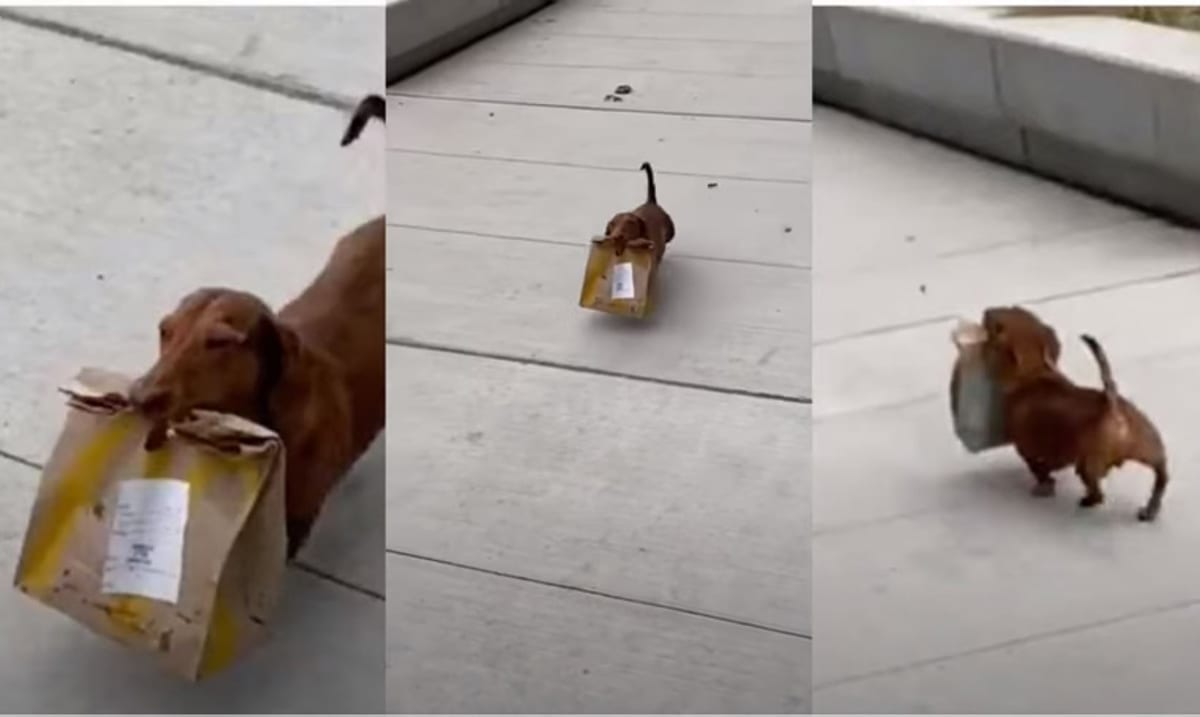 Right now we are all going through a lot with this quarantine but that has brought most of us to the internet where videos are going viral much more frequently it seems. I have come across more and more videos lately that either blow me away or have me laughing my rear end off.

I recently came across a video online that has quickly been going viral and likely will remain circling because of how stinkin’ adorable it is. In this video, the precious little dachshund named Oliver can be seen bringing some Mcdonald’s home for his owner. Yes, he has the bag in his mouth and has not even stopped to take a few bites for himself. While he isn’t exactly on his own, the fact that he was carrying the bag is out of this world adorable, I’m sure you will agree.

Now, according to The Dodo Oliver lives in Toronto, Canada with his owner Jessica. What you don’t see in the video of Oliver carrying this food is that Jessica was there with him as well, she was near but also letting him do his own thing. This video was captured by one of Jessica’s neighbors or so The Dodo notes and that neighbor seems to know Oliver quite well.

Jessica posts pictures and videos of Oliver and the rest of their family a lot and it’s quite clear that he loves carrying things. He has even carried bags of his waste from being out on a walk to the door to be thrown away. This little guy loves to work and seems to be great at delivering that’s for sure.

While the idea of this little guy going to get food for his owner to bring home is a cute one, it’s even cuter to think that they went together and that Oliver was allowed to carry the food home to ensure it was safe. In times like this videos like this really keep us going. I for one am very lucky to be staying home with my furry best friends right now and I’m sure Jessica is also glad she has Oliver by her side.

Now, if you haven’t already scrolled to see it for yourself you can find the video of Oliver carrying this food below. Isn’t he precious? He is clearly the best boy. If you want to keep up to date with Oliver and his deliveries perhaps following him on Instagram would be a good idea @oliverdean_theween.