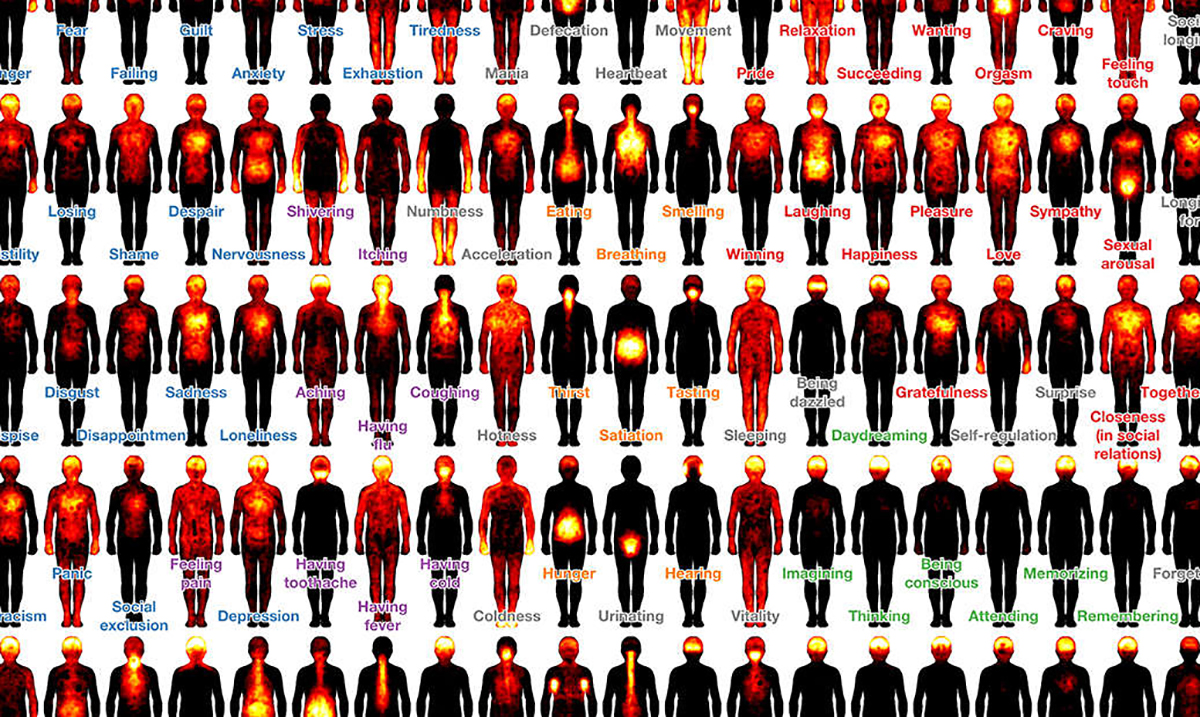 This Is What Your Feelings Really Look Like, According to Scientists

While we all have the same emotions they manifest in different ways, right? Some people get much angrier than others and some people end up much more upset over things that might not bother you at all, don’t they?

Feelings and emotions, in general, are very tricky. Being able to visibly look at them while they are happening would really make it a lot easier to understand whether someone was feeling the same as you, wouldn’t it? Well, now you can! By using the results of an online survey researchers from several different universities have finally brought forth a connection between 100 conscious, subjective feelings and so forth.

These findings were published in the journal Proceedings of the National Academy of Sciences. Basically, they broke this study down into three stages and participants were asked to arrange their feelings in a grid. Similar feelings were grouped together and different ones were pushed far apart.

From there the different feelings were grouped into different categories. They broke things down into positive emotions, negative emotions, cognition, illnesses, and homeostasis. While these might seem like broad categories they really ended up able to pick things apart well. 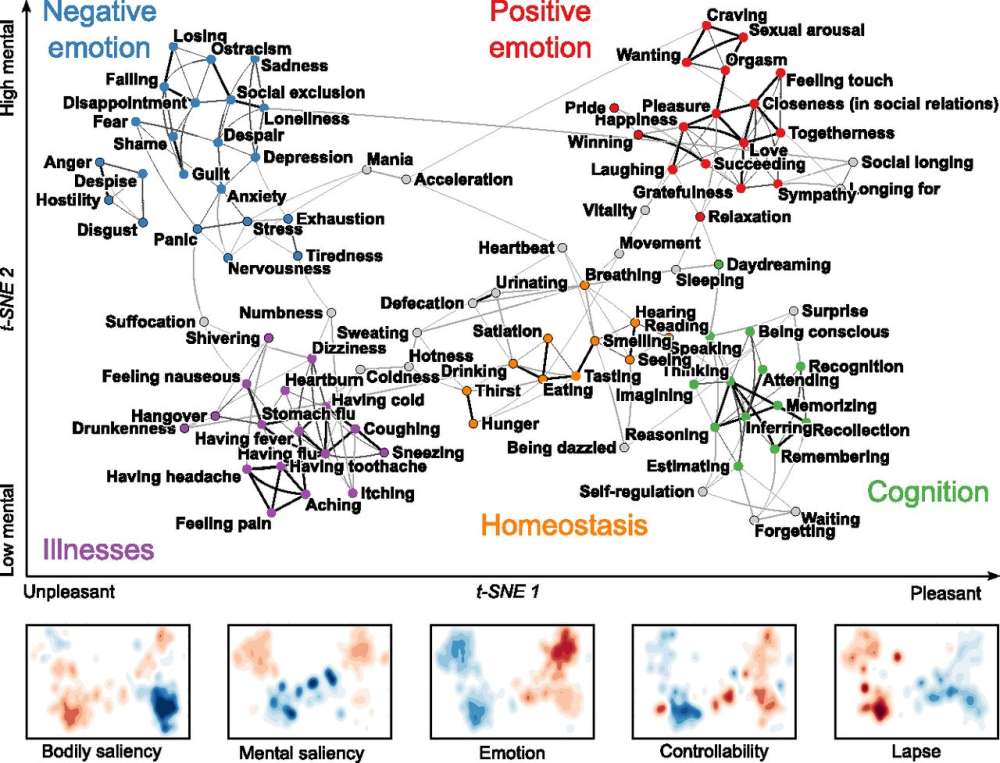 The significance of this study is listed as follows:

To see what feelings ended up looking like based off of this study check out the video below. After checking them out I feel like they are quite accurate. What do you think?