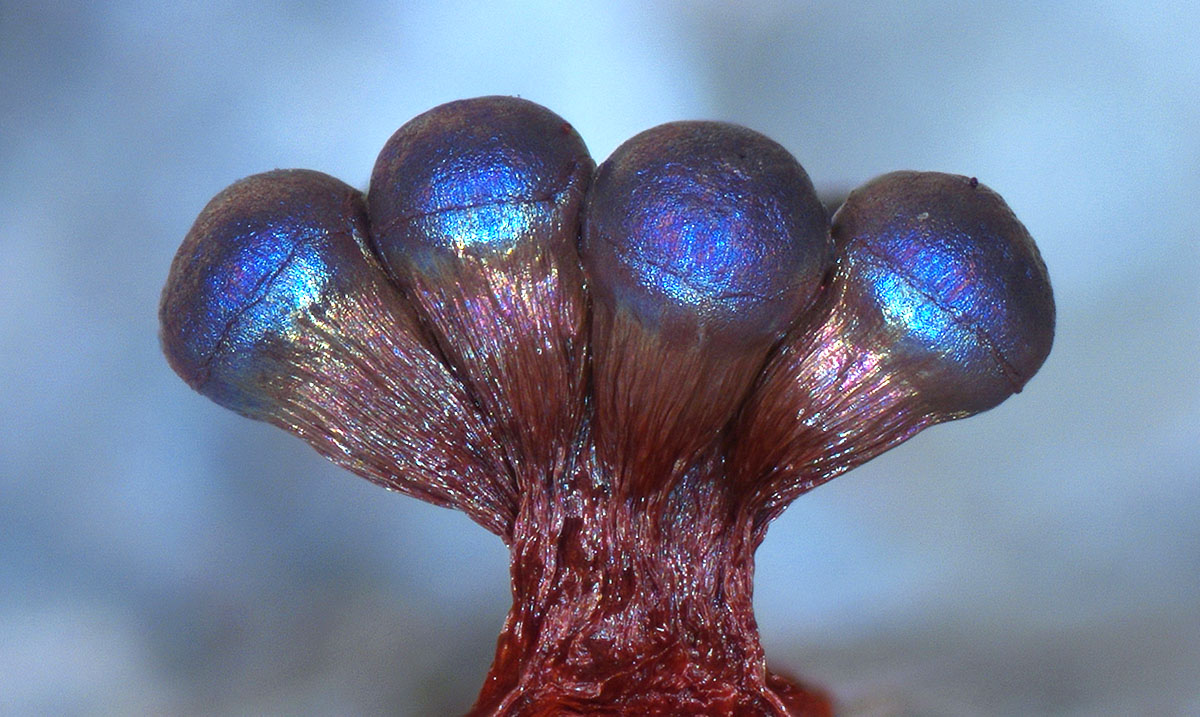 This Insane Phenomenon Makes Fungi Produce Its Own Natural “Glitter”

By Gerald SinclairNovember 10, 2019No Comments

There are tons of different kinds of fungi and each one is unique in its own ways but this one really stands out above the rest. While it might not look like much at first it does something extremely interesting, to say the least.

This fungus is known as Elaeomyxa Cerifera and usually can be found scattered or in small clusters. It’s fruiting structures split open and release spores that actually leave it sparkling like a ball of glitter. It ends up covered in bright colors gleaming with purples and hues of green and blue. While it isn’t something a lot of people have the chance to see during their lives, it is something that can be found in Tasmania if you’re looking closely enough with the right equipment.

You might actually be surprised to find that this fungus is not necessarily a fungus at all. It is more-so a ‘slime mold’ which for those who do not know are much more likely single-cell amoeba if anything. I know that might sound a bit confusing but bear with me.

In regards to this ‘fungi’ and it’s presence Disjunct Naturalists website wrote as follows:

In 2010 an extremely distinctive slime mold appeared regularly on bryophyte covered logs at Black Sugarloaf, central north Tasmania. The sporophores are white with a yellow waxy ‘collar’ when they first appeared – some specimens have a pinkish tinge. As they mature the white section becomes darker with the yellow collar still visible.

The peridium on the fully mature specimens is thin, transparent and iridescent. It splits into sepal-like pennants to expose the spores.

Internet search reveals that Heino Lepp had recorded this species near Moyura, NSW in 1990 and that this was the first record in the Southern Hemisphere (McHugh et al., 2009). There is another record of the same species growing in moss near Red Hill on the Mornington Peninsular, Victoria, in August 2008.

Sarah Lloyd a scientist who spends a lot of her time researching and photographing these slime molds finds them to be quite fascinating. She became interested, to begin with after finding some on her own property and since then has been diving into their world. With about 1,700 matchboxes full of slime mold, she’s got quite the collection of species. As you can see below this glittery sight is quite extravagant. 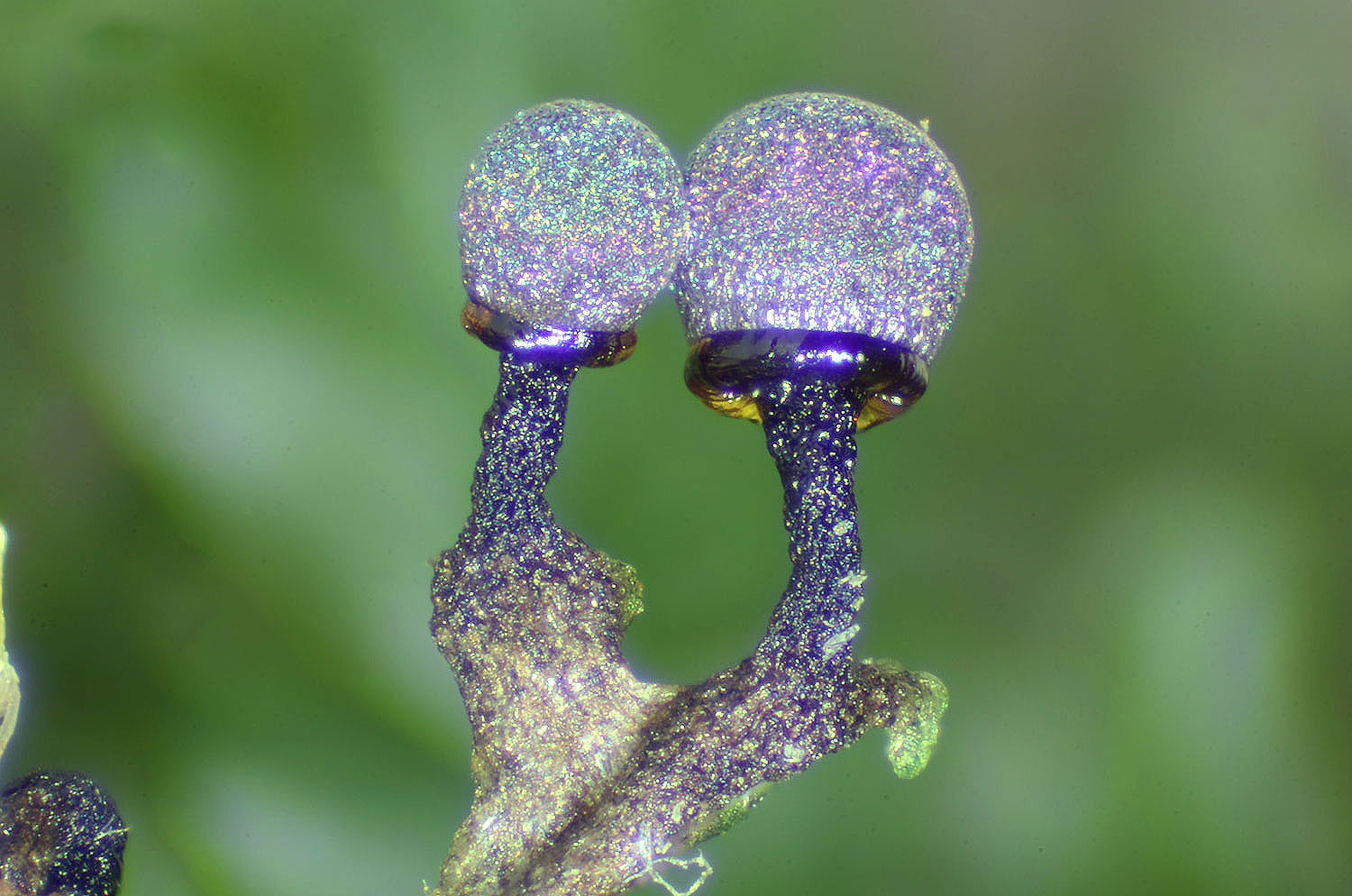 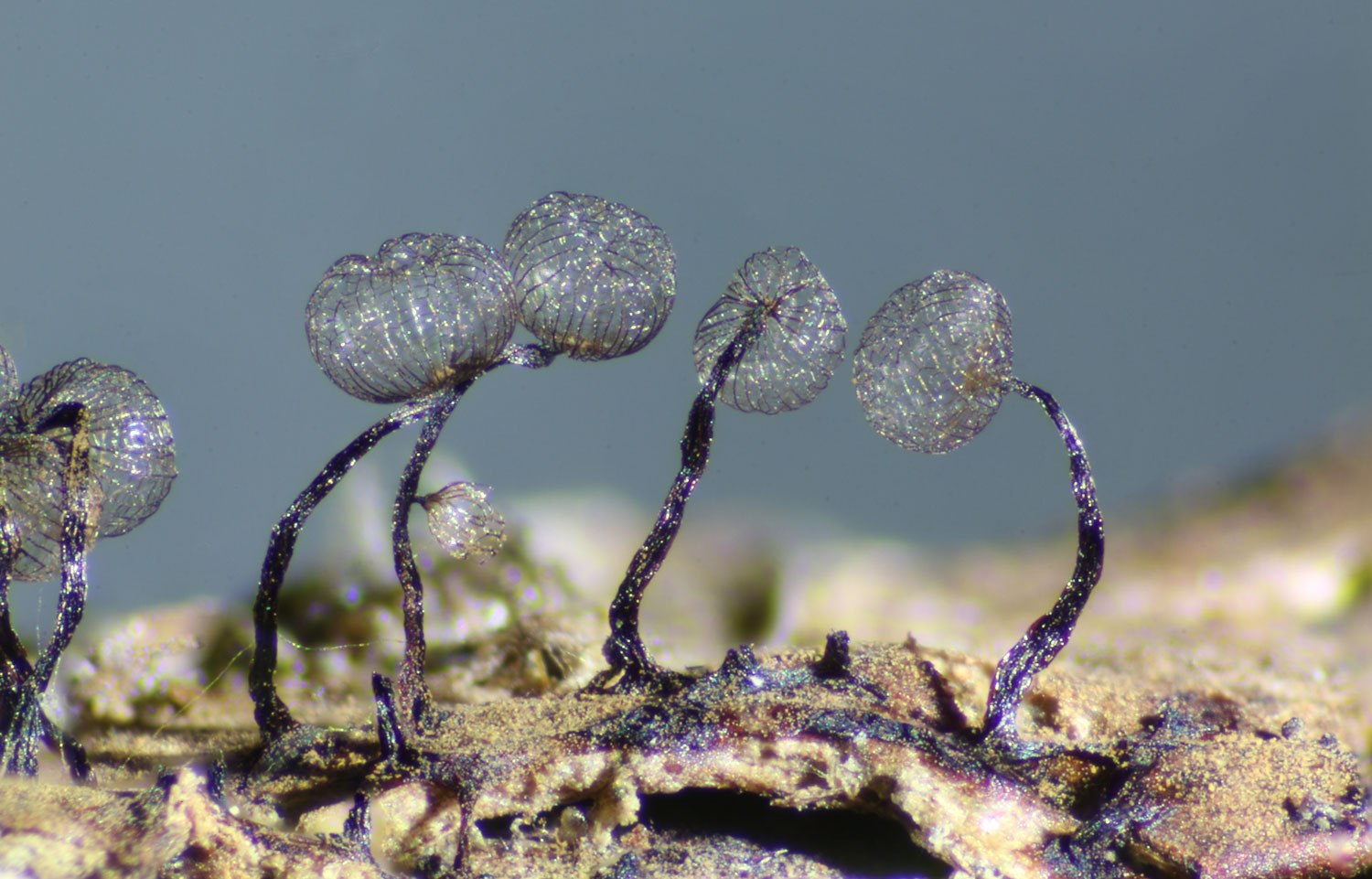 For more information on slime mold itself please check out the video below. Isn’t it mindblowing? I for one think they are truly amazing. It can move on its own and even feeds off of other single-cell organisms. Many believe it could even in some ways be smarter than humans because of how functional it is without a brain.