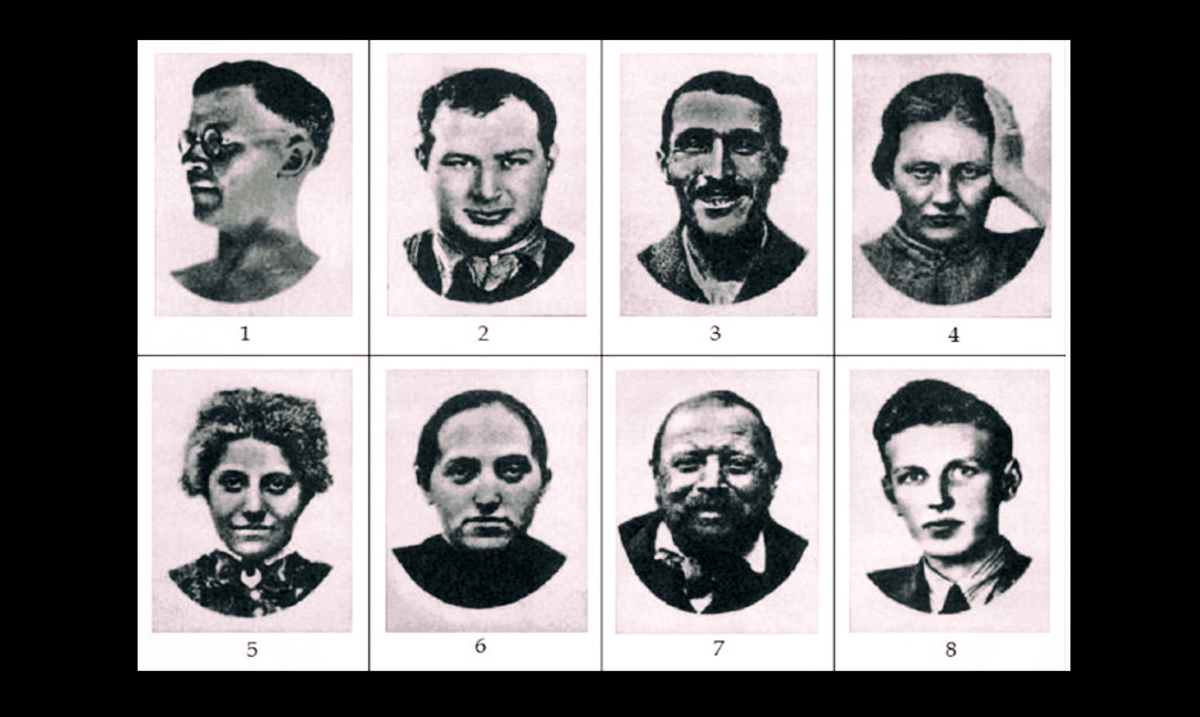 This Incredibly Accurate Psychology Test Will Reveal Your Deepest Darkest Self

Designed by Hungarian psychologist Leopold Szondi in the 20th century, this psychology test reveals your deepest, darkest inner self.

Szondi is best known for developing the psychological tool that bears his name, the Szondi test. Having been born in present-day Slovakia, Szondi and his Jewish family were deported to the Bergen-Belsen Concentration Camp on the Kastner train. His family were among a number of prominent intellectuals who were released to Switzerland in December 1944, where Szondi lived out the rest of his life.

While many of us are familiar with a small portion of our personality, there is a deeper subconscious that is often only revealed through psychoanalysis. This test was designed to reveal the repressed impulses that each person possesses unknowingly through studying the sympathy or aversion the show while viewing a series of photos of psychopaths.

The theory behind the study is that we will be bothered most by those characteristics that we possess ourselves and chose to repress at a young age.

The original test created by Szondi included 6 sets with 8 portraits in each set. Each of these portraits represented a different characteristic that is often repressed by those who possess it. These characteristics include: homosexual, a sadist, an epileptic, a hysteric, a katatonic, a schizophrenic, a depressive and a maniac.

For simplicity, the test included below is a shortened version with only one set of portraits. However, this simplified version is incredibly accurate!

Look at the eight portraits below, and select the one person that you would never want to meet at night in a dark alleyway. This should be based on which person’s appearance creates feelings of disgust or fear. Once you have selected one, read the interpretation listed with the corresponding number below.

PLEASE NOTE: Please do not misunderstand the results of the test, which don’t imply that you have a kind of mental disorder, since the test was designed to make an assumption about the possible repressed impulses of each type of personality in accordance with the psychoanalysis theory. 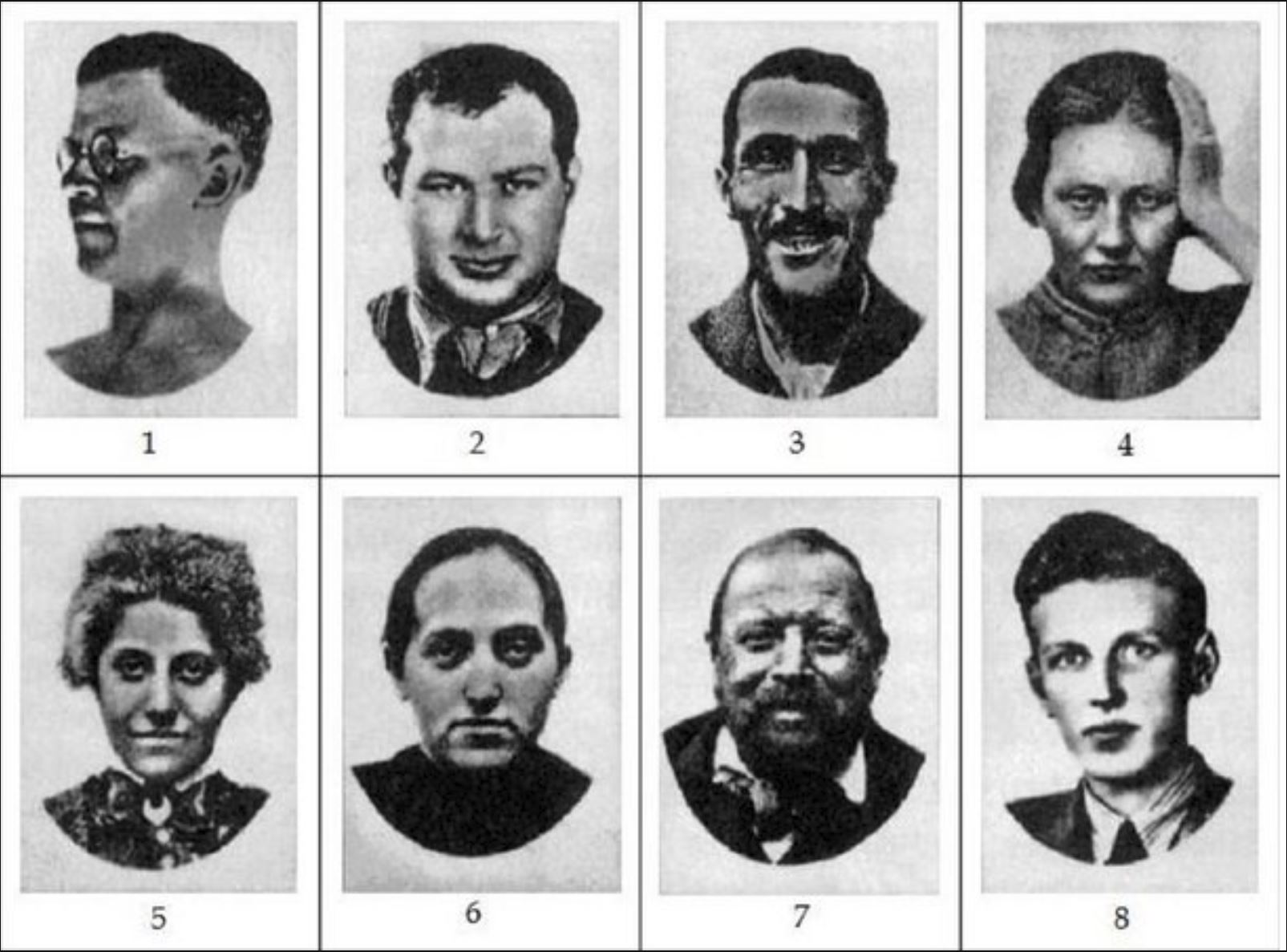 You are always ready to help others. While you try to bring peace everywhere you go, you also don’t like being told what to do. Rather than vocalizing your opposition, you create barriers allowing you to get away with it, such as showing up late to work. You prefer to express your dislike of other people and situations with a passive defiance.

Selecting this portrait means that you may have repressed some behaviors in which you found yourself to be offensive or demeaning to others. You have likely repressed some experiences from the early years of your life. This would include situations in which you felt the need to dominate and a tendency to be overcome by bad intentions.

You come across as a kind and peaceful person. You give others the impression that you are a responsible person with a great deal of self-control. You easily develop friendships, and are extremely emotionally stable.

You tend to be impulsive and irritable. You are prone to outburst of anger, unable to control your emotions. If you were repulsed by this gentleman you are likely repressing these feelings  from your early childhood.

You like to blend in with those around you, and as such you adopt stereotypical behaviors. You like the ‘norm’ and are highly opposed to change, and find it incredibly difficult to adapt to new situations. There is nothing that creates a greater fear in you than the possibility of losing self-control.

You are extremely imaginative; however, you are incredibly negative. This causes you to see the absolute worst possible outcomes in everything you do. If this gentleman brought about negative feelings, you may find that you are repressing memories in which you lost touch of reality.

You are a very sociable person. You love to go out often, and enjoy the presence of others at all times. This social butterfly persona, however, is a mask that you wear to cover the isolated person that you keep hidden within. This means that your relationships are highly superficial, lacking any depth.

This personality is characterized by distortions of thought, incompatible emotions and intense apathy. Feelings of fear in relation to this face means you that you have likely repressed feelings of withdrawal from others at an early stage of your childhood, and indifference towards others.

You give the impression to others of being a modest and shy individual, however in reality you are extremely overpowering and a deeply rooted desire to charm others. You are very appearance focused, spending far more time on your appearance than necessary. You take pride in your attire.

You are extremely unstable emotionally, and tend to be narcissistic. If you were most turned off by this woman, you are repressing a desire to captivate attention as well as a thirst for approval. You will likely find yourself drawn to a rare/extravagant profession or hobby.

You come across to others as an outgoing and carefree person. You exude confidence and optimism. Truthfully you lack self-esteem. You struggle with feelings of inferiority and guilt, which are the main symptoms of depression.

Somehow, despite battling these unstable emotions, you manage to have the symptoms under control. To deal with your depressive tendencies, you assume the role of psychologist for everyone you encounter, always searching for solutions to other people’s problems.

You go out of your way to keep everyone else happy around you, afraid to provoke those you encounter. You highly dislike noise, extremes and excess. You demonstrate a high degree of discretion, restraint and measure. Your behavior is fully controlled due to your logical and thrifty nature.

You tend to feel overstimulated and you highly overestimate your own personal abilities. You are extremely irresponsible with money. If this individual disgusted you, that means that you are repressing an excitement. If you don’t control this, you will transform into an out of control manic.

To make up for your struggles with your own concept of gender identity, you go out of your way to be a ‘macho’ man or an ‘overly feminine’ woman. Your behaviors, manners, and appearance emphasize your gender stereotype.

You base your self-worth heavily on your ability to be accepted by the opinions of the opposite sex. If this man makes you feel uncomfortable, then you are repressing identity problems, specifically an identify problem.