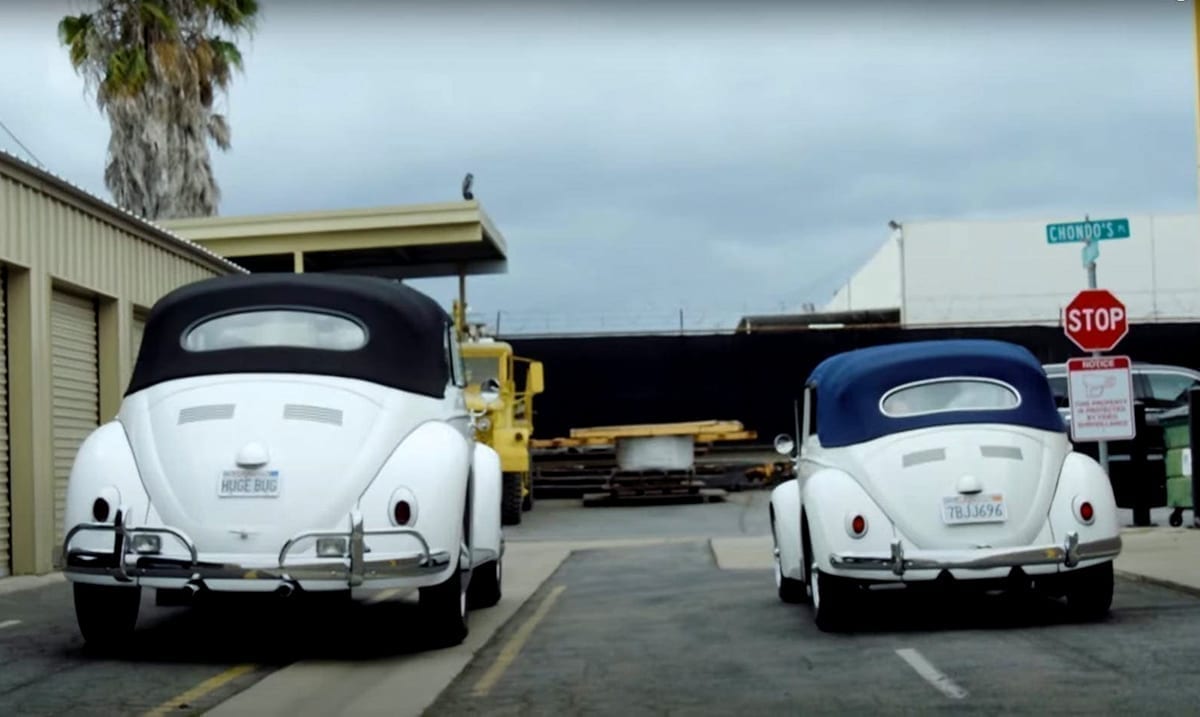 This Enormous Custom VW Bug Is Larger Than A Hummer

By Gerald SinclairAugust 29, 2020No Comments

While it might sound a bit odd for a VW bug to be ‘big’ this one is quite large. While it’s custom and not something just anyone can get, it is well worth seeing.

According to CarScoop, this customized Volkswagen Beetle is also known as the ‘Huge Big.’ It was built by a guy named Scott Tupper and his father. They together decided that creating a big beetle would be a great idea because you still get the look but in something that doesn’t make you feel like ‘you’re gonna get run over in traffic.’

Now, while initially, they wanted it a bit bigger than it ended up but it seems they are quite content with the results as are most who see it. The bug they ended up building is about 40 percent larger than your average bug. Basically, the two just scanned your average 1959 beetle and digitized that where they could from there increase things so that they could build the templates they needed to customize the panels they were making to create this interesting vehicle.

This vehicle had the perfect people behind it to create it as the father/son duo even took to YouTube to break things down on their channel Barcroft Cars. With over 333k subscribers the video posted of this car has garnered almost 100k views and was only just posted on the 26th of August. As you can see below, this car is quite a sight.

The description for the video posted on this vehicle goes as follows:

A CALIFORNIAN father and son have teamed up to supersize the classic Volkswagen Beetle. The VW enthusiasts upscaled the car by 40%, making it bigger than a Hummer. Scott Tupper, the younger generation of the duo, told Truly how the idea developed. “My dad and I thought it would be nice if we had a Volkswagen that was comfortable and not feel like you’re going to get run over in traffic.” Once the idea was hatched, they went about making the dream into a reality. “We had a 59 Volkswagen convertible, we digitized it, scanned it everywhere, took it apart, and made each part 40% bigger on the computer.” Unsurprisingly, the vehicle has caused a lot of buzz on the roads. “People chase you to try to get up next to it, they almost run you off the road because they’re not looking where they’re going.”

Now, if you want to see more of this vehicle take a peek at the video below. It’s truly fascinating and well worth the watch. Could you imagine seeing this bad boy on the road?

This Custom Built Giant VW Beetle Is Larger Than A Hummer!