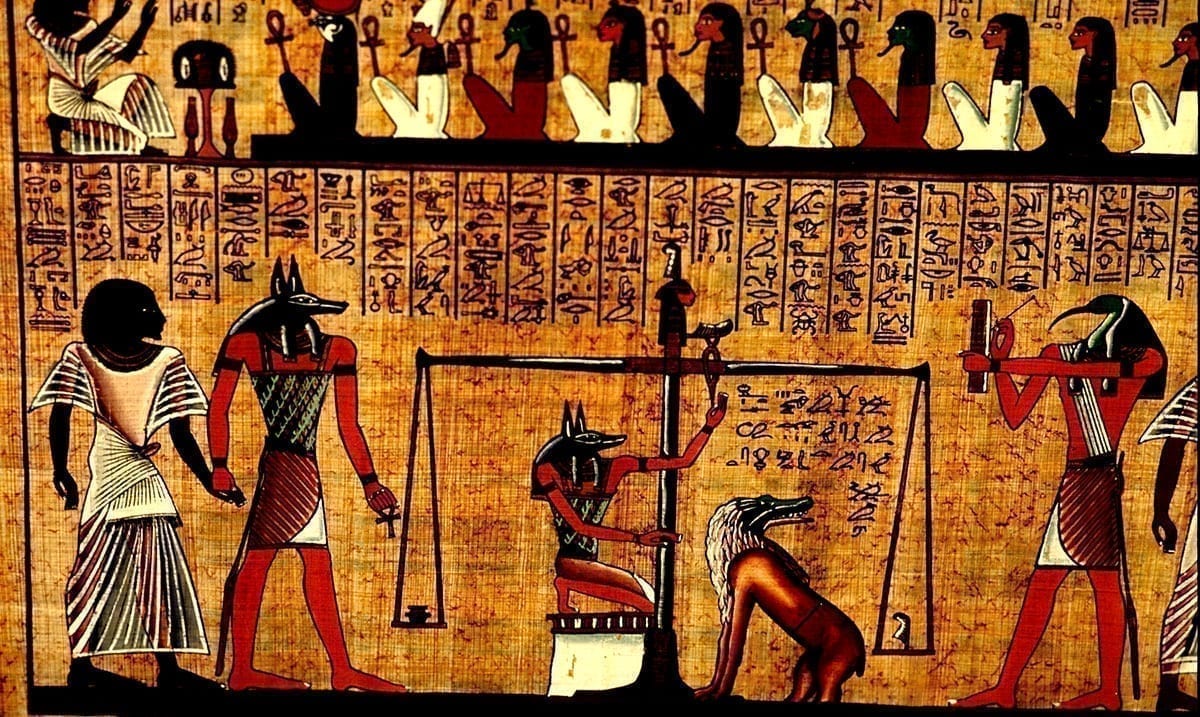 By Gerald SinclairJanuary 22, 2021No Comments

While there are people all overlooking for ancient things it seems those who were able to dive into this ancient burial shaft really struck gold. You see, in recent times a temple that belonged to Queen Nearit was discovered and the things within it were/are mind-blowing.

This temple was made of stone and truly mind-blowing in every sense of the word. Those who were able to go through it found a lot of different things. From here lots of burial shafts were located and within them was even more mind-blowing. There were at least 50 wooden coffins within these shafts and lots of different interesting objects including a roughly thirteen-foot-long book of the dead.

As follows was written on this excavation in a statement:

The mission found inside the wells large numbers of archaeological artifacts and statues in the form of deities such as the god Ozer, Ptah, Sukkar, and Oazir, in addition to a unique discovery, where the mission found a papyrus up to four meters long and one meter wide, representing Chapter Seven Ten of the Book of the Dead, on which the name of its owner is recorded (Bu-Khaa-Af). The same name was found on four statues of Shabati. A wooden coffin was also found on the human body of the same person, in addition to many shabty statues made of wood and faience from the New Kingdom.

This is in addition to a set of wooden masks as well as the shrine of the god Anubis, the god of cemetery, and statues in good condition were found for him, as well as many games that the deceased used to play in the other world, such as the game (Cent), which is similar to chess currently, as well as the twenty game with the name of the person who He was playing it out.

Also found were many artifacts representing birds such as goose, a bronze ax indicating that its owner was one of the leaders of the army in the era of the New Kingdom, and many paintings inscribed with scenes of the deceased and his wife and hieroglyphic writings. Among the most beautiful is a limestone panel in good preservation, on which is depicted a scene of a deceased named Khu-Ptah and his wife (Mut-am-wea). The upper row of the painting depicts the deceased and his wife in a devotional position in front of the idol Osir, and the lower row depicts the deceased sitting with his wife behind him, and under the wife’s chair one of their daughters seated close to her nose a lotus flower and decorate her head with a fragrant funnel.

This book is easily one of the more fascinating things found within these shafts and while it’s one of many amazing things its size alone makes it truly monumental for a lot of reasons. You see this ‘book of the dead’ goes over how the Ancient Egyptians once worked to help guide those who had passed through to the afterlife. Sure, it might not sound like much to some but to those who know how hard it can be to find things like this, it’s a true treasure.

To learn more about this find take a look at the video below. I for one am blown away. Who knows what else could be out there waiting to be discovered.