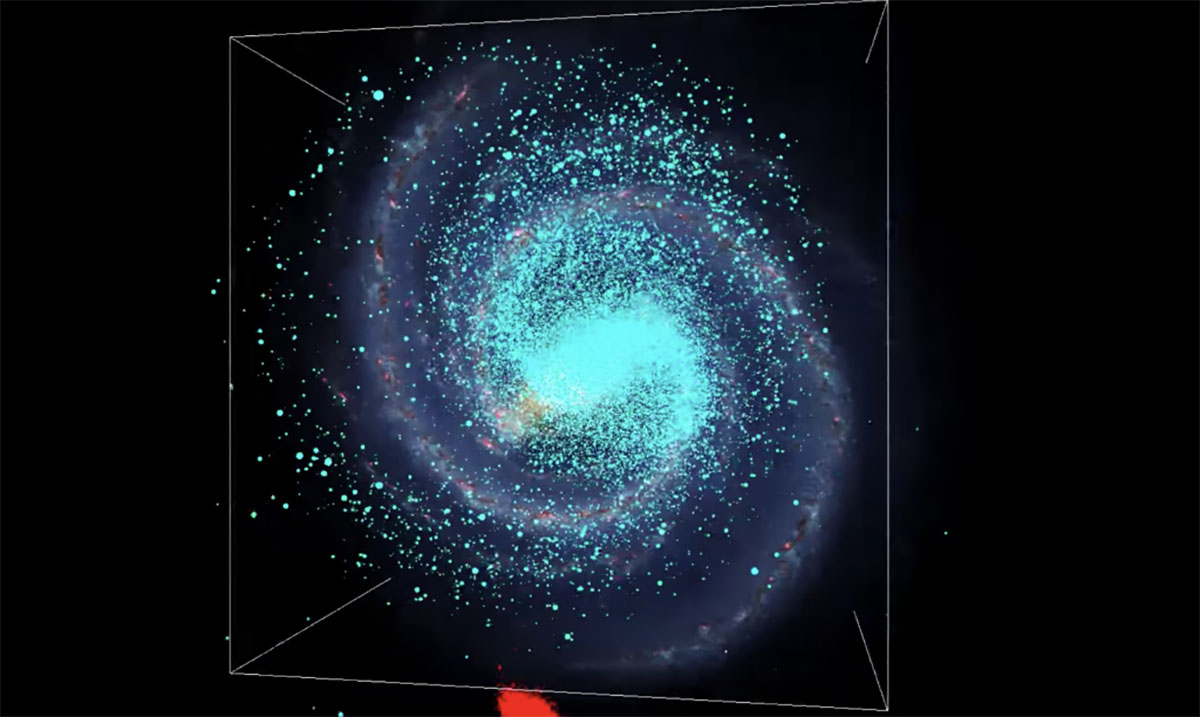 This Dark Matter Hurricane Is Passing Our Planet Right Now

By Gerald Sinclair November 13, 2018 No Comments

Right now, there is a ‘dark matter hurricane’ passing over our planet. This is something that scientists are monitoring closely and as it seems, learning a lot from.

This stream was identified last year and is not the first we have found. There are about 30 others like this one moving through our galaxy right now. Our solar system is inside of the S1 stream which is the one we are referring to in this article. This is something we will be facing for many many years to come and it should not affect us in any real physical way according to Astronomy.com.

A study on this dark matter hurricane was published just days ago and its abstract goes as follows:

The recently discovered S1 stream passes through the Solar neighborhood on a low inclination, counterrotating orbit. The progenitor of S1 is a dwarf galaxy with a total mass comparable to the present-day Fornax dwarf spheroidal, so the stream is expected to have a significant DM component. We compute the effects of the S1 stream on WIMP and axion detectors as a function of the density of its unmeasured dark component. In WIMP detectors the S1 stream supplies more high energy nuclear recoils so will marginally improve DM detection prospects. We find that even if S1 comprises less than 10% of the local density, multiton xenon WIMP detectors can distinguish the S1 stream from the bulk halo in the relatively narrow mass range between 5 and 25 GeV. In directional WIMP detectors such as CYGNUS, S1 increases DM detection prospects more substantially since it enhances the anisotropy of the WIMP signal. Finally, we show that axion haloscopes possess by far the greatest potential sensitivity to the S1 stream if its dark matter component is sufficiently cold. Once the axion mass has been discovered, the distinctive velocity distribution of S1 can easily be extracted from the axion power spectrum.

We shouldn’t be too concerned or afraid of this type of thing as it is theorized that dark matter already makes up around 85 percent of the matter within our Universe as it is. That being said, the whole concept in itself is quite mind-blowing. While it might be a bit hard to follow the things we will learn from it might really bring forth a lot more knowledge in this world about dark matter itself.