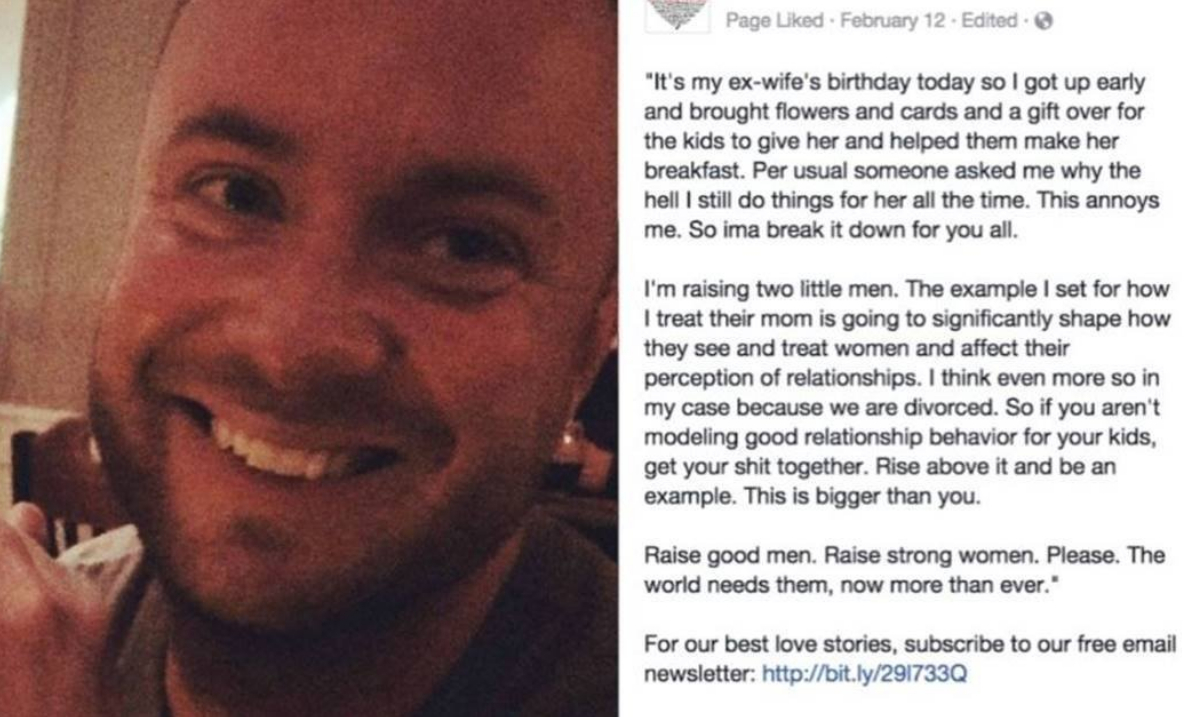 Many people speak harshly of their exes and forge negative bonds with them after their divorce. In turn, their children see this as the norm and often react disrespectfully because of that, but that just really isn’t Billy Flynn Gadbois style.

Instead of speaking harshly of his ex in front of his children, he chose to give her a gift of flowers, cards, and a special breakfast he helped his kids make. While they are divorced, he could have gone down one of many roads, and even opted to get her nothing. He could have ignored her birthday, and bitterly spoke of her while his kids spent time with her.

But he chose a different path, and honestly, I am in full support of his decision. He later made a post regarding the incident and explained:

‘It’s my ex-wife’s birthday today, so I got up early and brought flowers and cards and a gift for the kids to her and helped them make her breakfast. Per usual someone asked me why the hell I still do things for her all the time. This annoys me. So ima break it down for you all.’

He went on to explain that how he treats his children in front of their kids shapes the way they perceive women and affects their future relationships.

“So if you aren’t modeling good relationship behavior for your kids, get your sh*t together. Rise above it and be an example. This is bigger than you. Raise good men. Raise strong women. Please. The world needs them, now more than ever”, he finishes his post.

And while he admits it wasn’t easy and that it took work to establish and create a healthy bond after their divorce, it was important for them to do the right thing for their children. 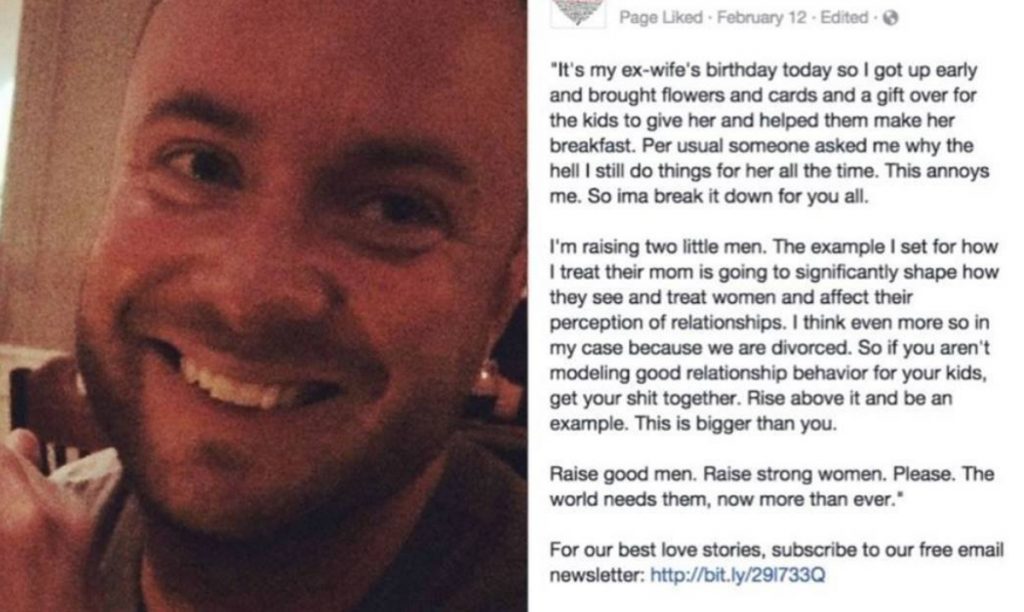