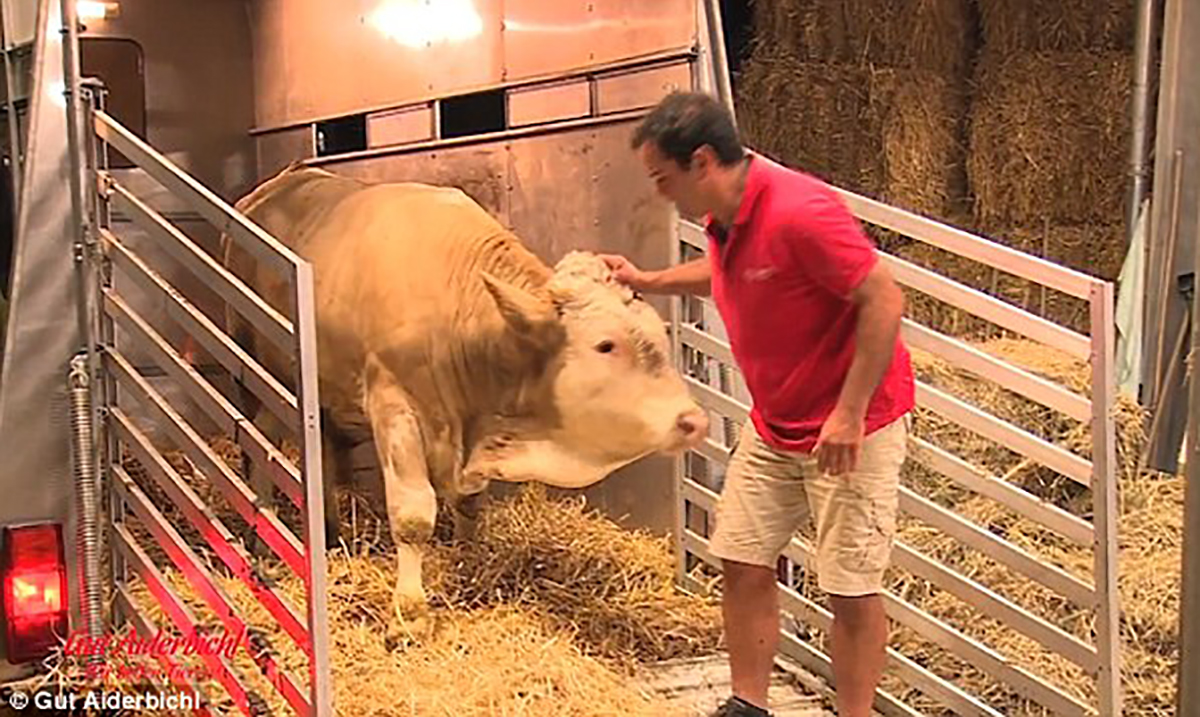 Bandit the bull was ecstatic to be released from his tiny confined area. Thanks to a man from Austrian Animal Sanctuary Gut Aiderbichl this bull was finally able to know what a real life was.

After having spent most of his years locked to a pole Bandit finally got his happy ending. While this video is a few years old it is one I notice quite frequently making its rounds. It is a video that brings a smile to my face and tears to my eyes every single time I watch. Animals are truly too pure for this world, we do not deserve them.

Many people don’t like to think of livestock and other things of the sort as the same as cats and dogs but when it comes to things like this the comparison is quite apparent. They are one in the same for many reasons and in many ways. Even the things we end up eating (for those who are not vegetarian or vegan) still deserve to live good lives while they are here in this world.

As you will see in the video Bandit in his old home was tied to a pole with literally no room to move. He couldn’t even turn around. All the while Bandit remained quite friendly and greeted his rescuer as he was approached by licking him on the hand. Once released this bull clearly is quite shocked. He cannot believe how good it feels to finally be able to move freely.

During the next few seconds, you can see him really letting loose and enjoying himself before being loaded onto a truck for traveling to his new home. Once he arrives at his new residence he continues to dance around and really show just how happy he is. This sanctuary according to DailyMail is home to over 500 cows and calves that have been rescued from similar or worse situations. While we don’t know if the rest of those who were with Bandit were freed as well, his story is one that needs to be heard.