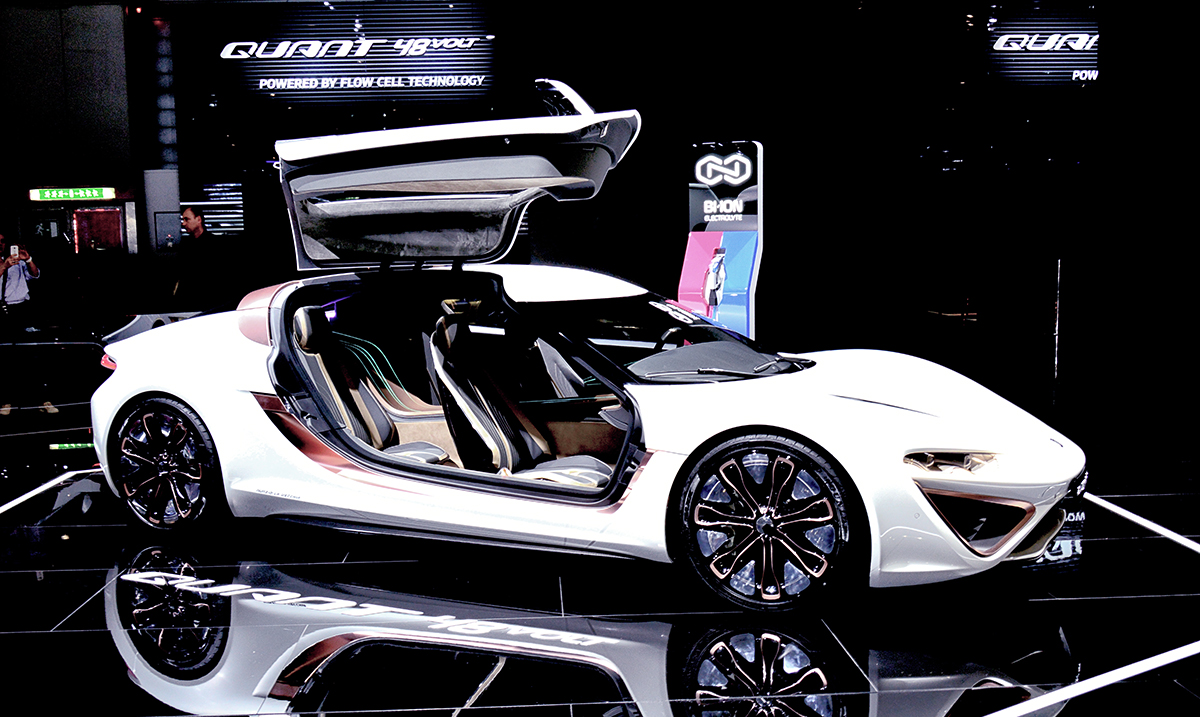 For a few years now, there has been a car in the works that does some pretty amazing things. While it hasn’t gained as much attention as it deserves, it is quite mind-blowing to hear about, especially for all it has accomplished.

This car is known as the Quant 48Volt. It is a fully electric car that looks like an extravagant sports car, but in many ways is so much more. It comes from the company NanoFlowcell and holds the power of its NanoFlowcell technology itself. This car uses saltwater to store energy. When this saltwater is passed through a membrane between its two tanks it creates an electric charge and from there the car stores the electricity and distributes it so that the car can function.

The water within this car is carried by two 200 liter tanks meaning it has a range of up to almost 400 miles and of course, is quite nice to look at as the dash is interactive, and it has lots of interesting detailing. This is the world’s first sports car with such an innovative low-voltage drive, that is able to according to NanoFlowcell perform in such a manner. It has also been noted as being capable of going from zero to 100 in under three seconds flat.

Because most hybrid or electric cars overall tend to require a higher voltage, this car’s capabilities are amazing as it operates on a lower voltage and drives without issue. It might look like the Quant e-sportlimousine, but it is much more intense than that and has a drive system that works in ways like nothing we have ever seen before, or so it seems. 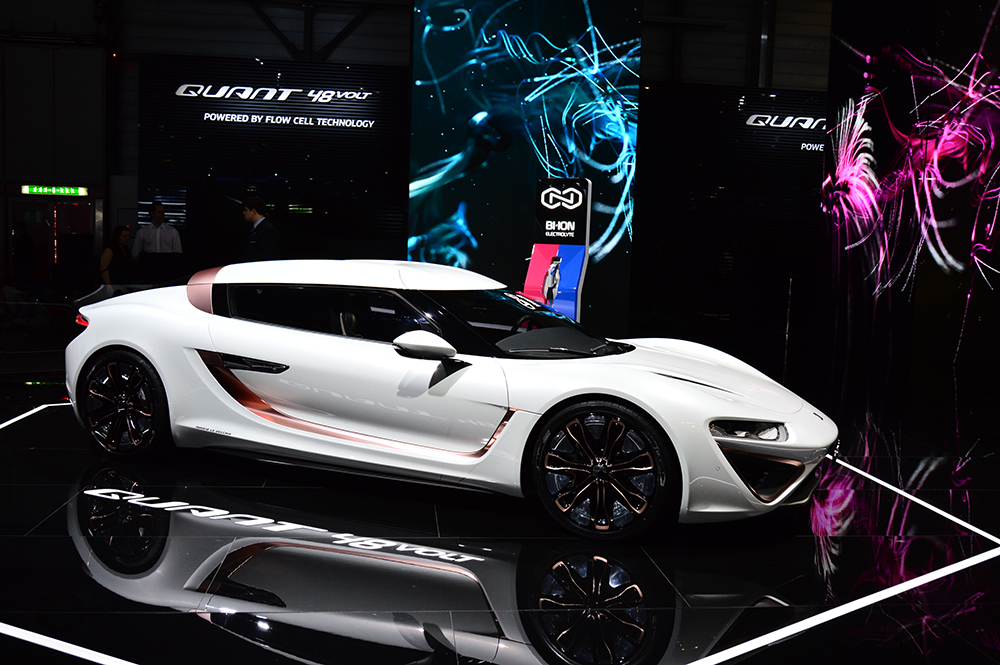 In regards to this car Top Speed wrote as follows on their website:

This kind of power delivery from a low-voltage system is made possible by the brand’s ability to increase the size of the flow cell’s membrane surface, which multiplied the reaction surface of the cell without bringing on an increase in size.

With the ability to deliver so much power from such a low-voltage system, nanoFlowcell is boasting the increased safety inherent to the design. The way the system is structured, the poles of the flow cell can be touched without any risk – ultimately meaning that road users and first responders don’t have the risk of being shocked by high voltage in the event of a serious accident on the road. On top of that, the electrolyte liquids used for the flowcell aren’t flammable or explosive – something that can’t be said about the common lithium-ion batteries that electric and hybrid cars on the road are using today.

While you probably won’t be seeing this one on the streets anytime soon, it could in the future be a competitor for major electric car brands as it has been approved in Europe that being said at the moment it is quite expensive. For more information on this car and the technology behind it please feel free to check out the video below.