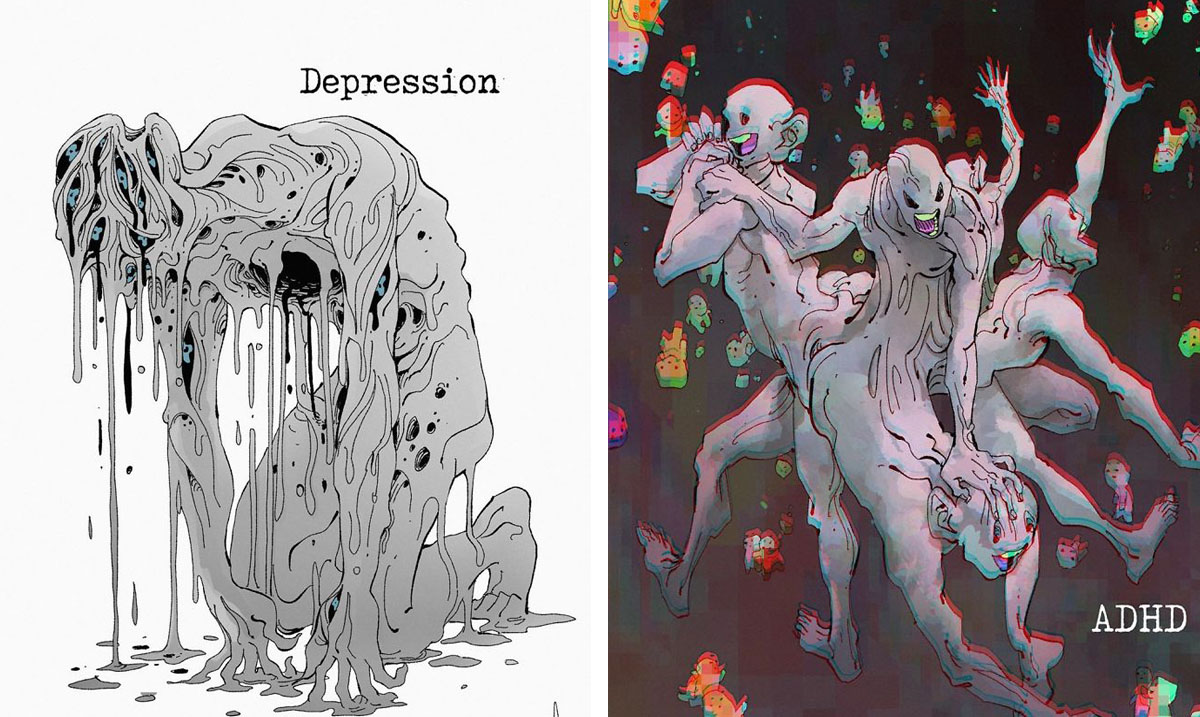 By Gerald SinclairDecember 19, 2019No Comments

Mental health is something a lot of people struggle to talk about. While most of us are facing some kind of mental illness in this day and age, being able to come to terms with it and discuss it in ‘real-life’ can be hard.

Luckily we have some pretty amazing artists and performers who have been working to use their platforms for good and trying to bring awareness to different issues. Sure, throughout the years there have been some paintings that brought mental illness to the forefront but in this day and age, things are much more present. While we tend to think of our mental issues as monsters, seeing them as monsters for a number of reasons is quite powerful.

I recently came across the work of an artist known as Sillvi who is a Korean-born Canadian that does lots of different amazing illustrations. Some of those being in reference to mental health as a whole and bringing awareness to many different mental health illnesses. Through this, Sillvi is working to make people more willing to discuss things and providing us with an openness that we otherwise might not be able to find.

Sillvi posts most of his work to Instagram but also does videos on YouTube that you can check out by clicking here.

Now, below I am going to show you some of Sillvi’s different mental health-related pieces and breakdown some basics regarding the illnesses he is touching on by presenting them in the way that he is. How many of these are you aware of and do you know anyone who had or is facing any of them?

Depression in itself is something that affects hundreds of millions of people across the globe. It is a mood disorder that leaves those with it sometimes unable to function properly. They feel numb to the world around them, hopeless more often than not, and tend to have very low energy as well as a lack of interest in the things they used to love to do. 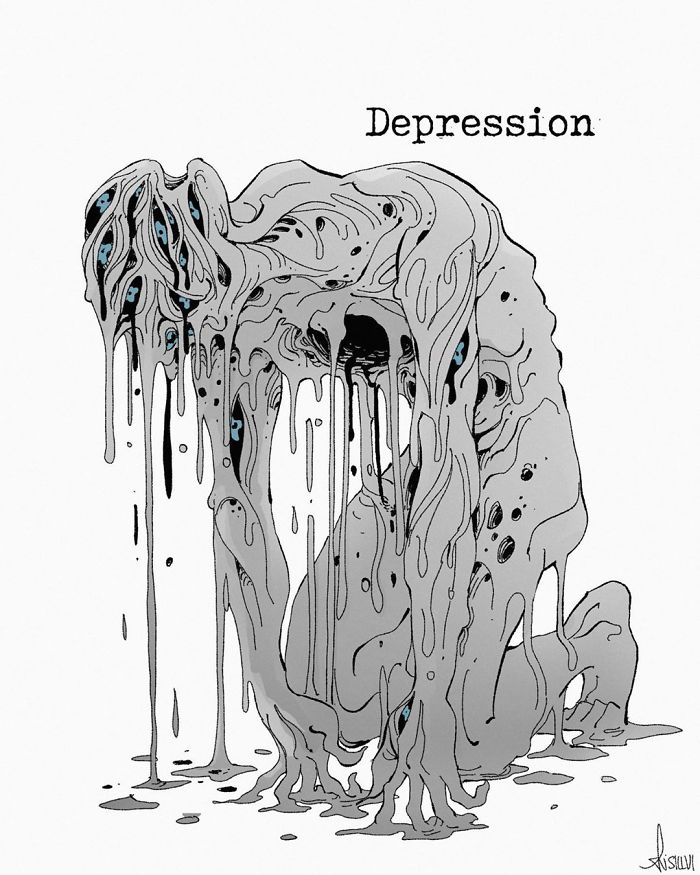 Alzheimer’s disease is a neuro-degenerative disease that tears a person down in some of the worst possible ways. It progressively causes the cells within their brains to waste away and die. This leaving them to lose their memories and also lose their ability to take care of themselves. As this one progresses those with it become a shell of who they once were. 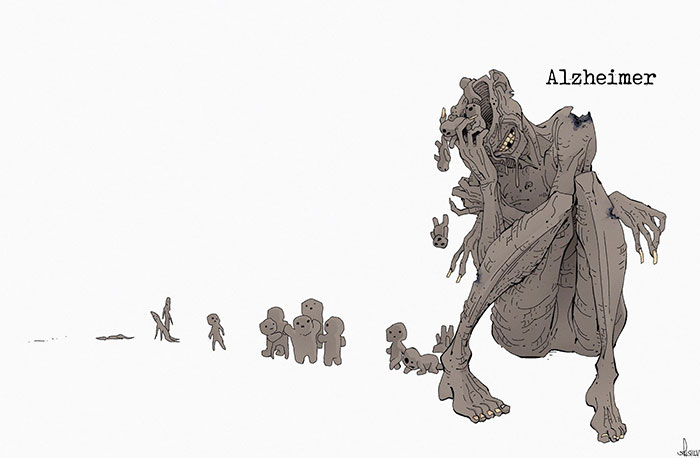 PTSD or Post Traumatic Stress Disorder is a mental health condition that is usually triggered by some kind of horrific experience or event as a whole. Whether you saw it happen or it happened to you doesn’t really matter this disorder can still become present. Those with it suffer from things like flashbacks, nightmares, and have severe anxiety in regards to anything that reminds them of that ‘thing/experience.’ It’s as if they are unable to escape it. 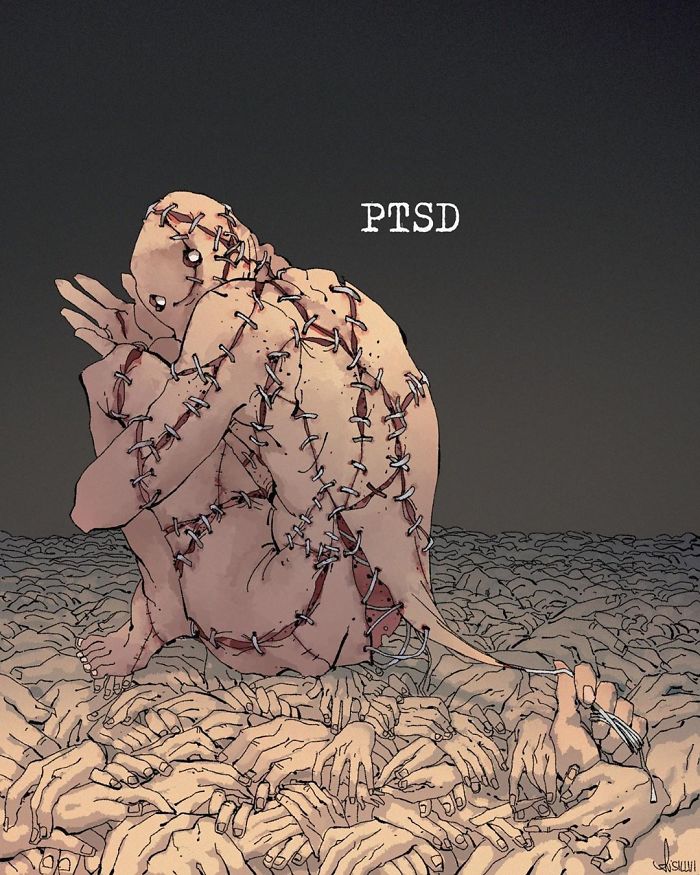 ADHD or Attention Deficit Hyperactive Disorder is a medical condition that many chalk up as being ‘too energetic’ or other things of the sort but there is more to it than that. These people have differences in brain development as well as activity in comparison to others and are unable to sit still or keep their minds occupied on one thing most of the time. They lack the same means of self-control that other people have. 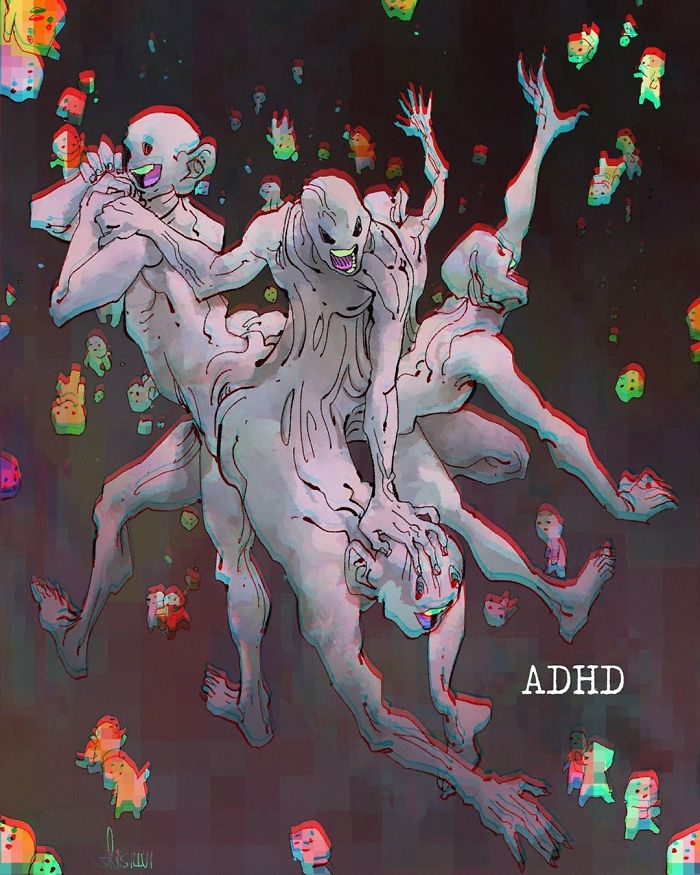 While we all have levels of anxiety, those with anxiety disorders tend to suffer from extreme fear or worry. They are on edge about different things to serious extremes and in some cases even have panic attacks over going in public or having to do certain acts. There are several different kinds of anxiety disorders and each one is quite unique. 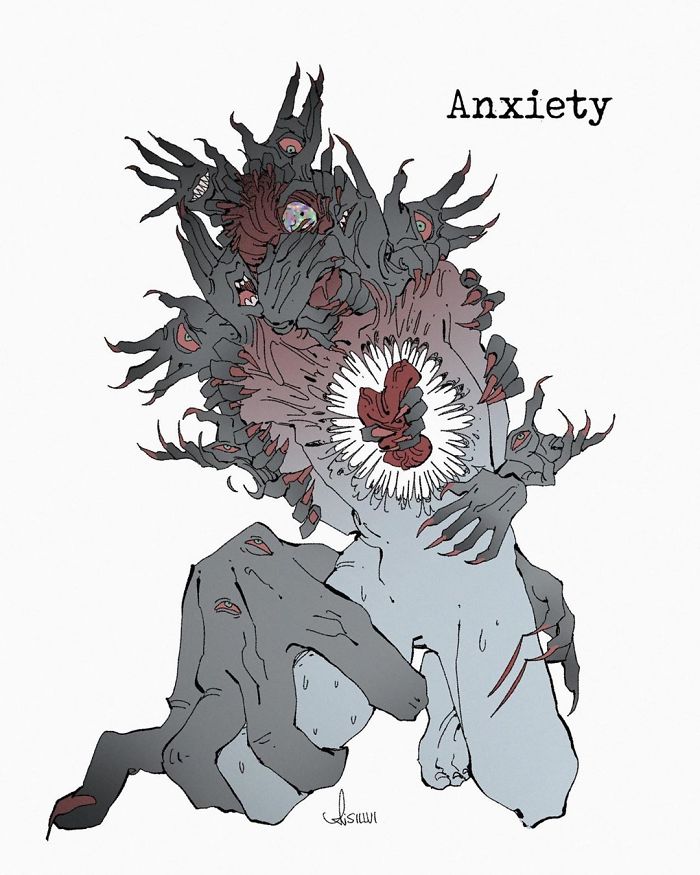 OCD or Obsessive Compulsive Disorder can come in extreme or mild forms. Those with it get caught in cycles of obsessions and compulsions. They deal with intrusive thoughts and obsess over different things depending on how their illness has affected them. For instance, some people might be ‘germophobes’ while others might just want to make sure everything is always in it’s place. 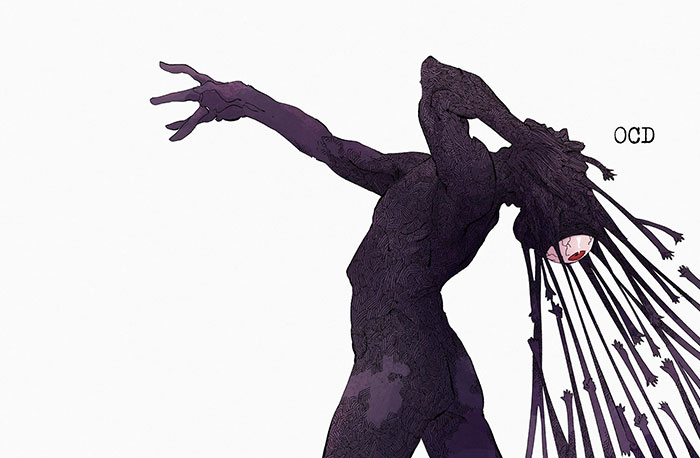 Anorexia is more-so an emotional disorder where a person obsesses over their appearance to a point where they feel as though they have to lose weight even if they’re already skinny or perfectly healthy weight wise. They refuse to eat and essentially starve themselves. This can get to an extreme to the point where the person affected has to be hospitalized as a result. 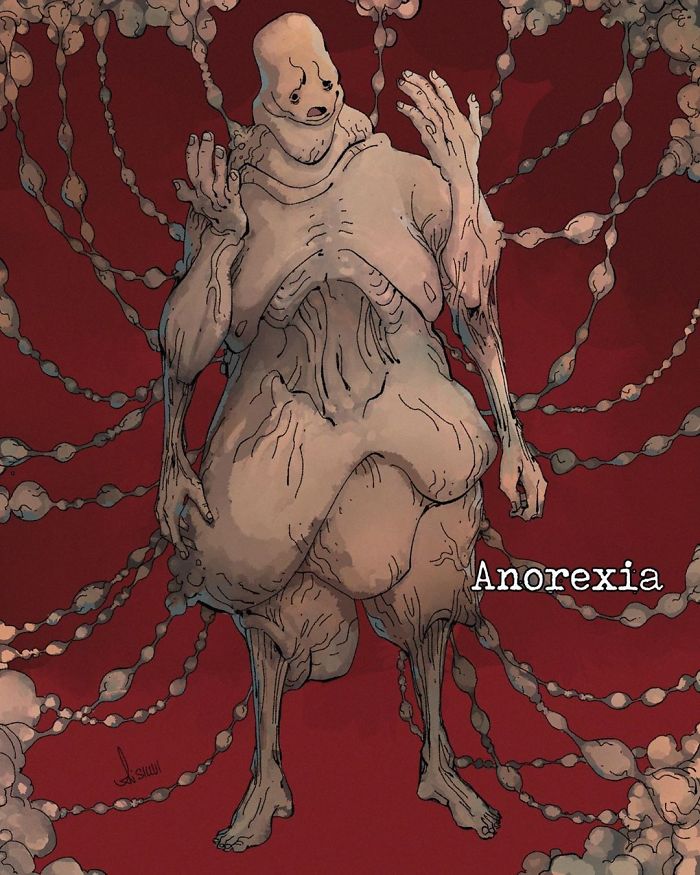 Bipolar disorder also often referred to as manic-depressive illness is a disorder that causes a person to go through extreme mood shifts. They experience extremely high, highs and extremely low, lows. While it might not sound that rough, it is hard to deal with whether you’re the one suffering from it or someone you care for has it. 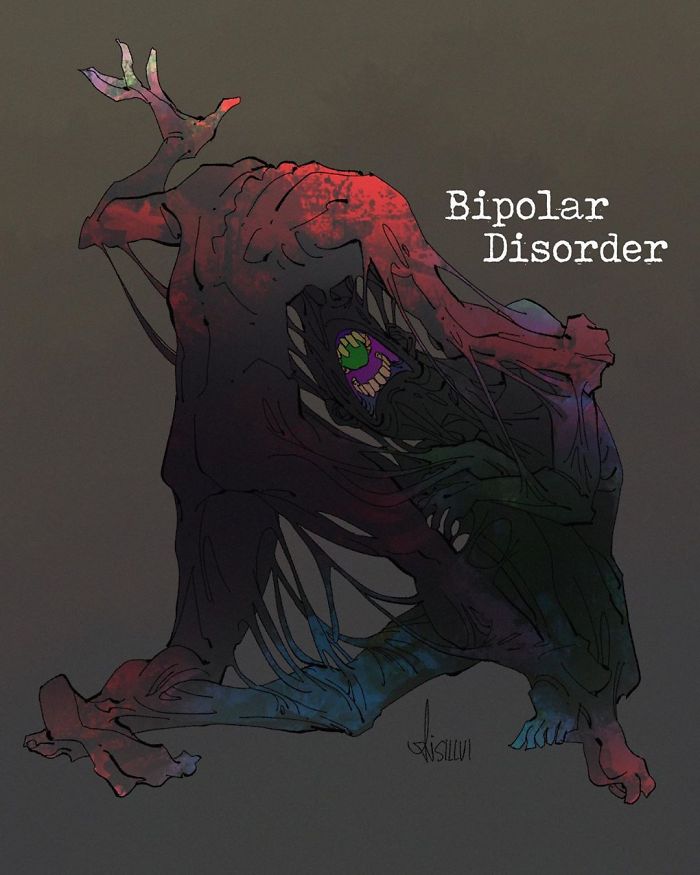 Anti-Social Personality Disorder or ASPD is something we tend to associate with sociopaths or narcissistic people overall. Those with ASPD tend to be very low in their moral senses and use others to get what they want. They are very impulsive and quite aggressive in general. While they can have a conscience, it is not like the conscience that other people have. 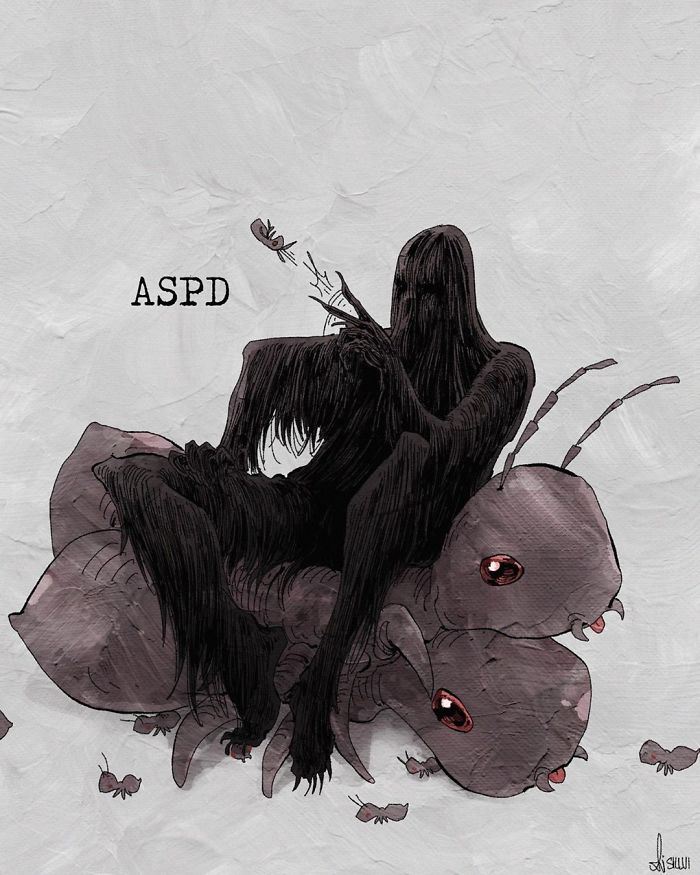