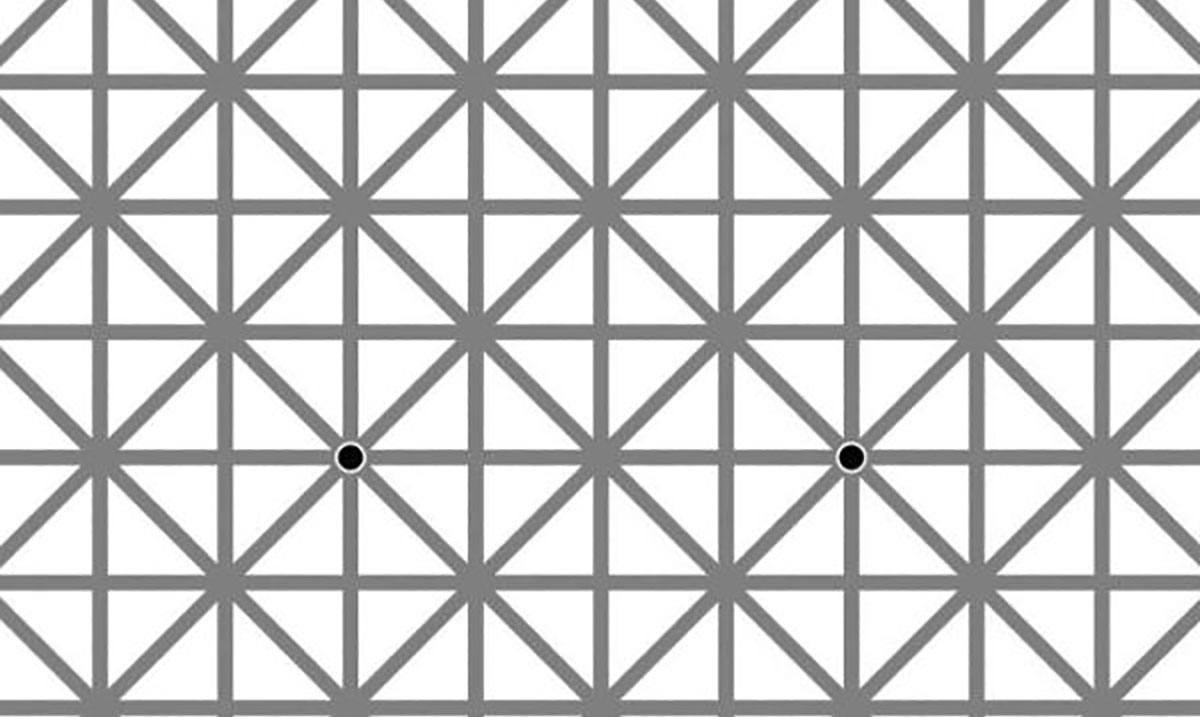 By Gerald Sinclair November 30, 2019 No Comments

While this image might appear as though it is moving, it’s not. Optical illusions in this day and age are becoming so mind-blowing that this one really has most of us wondering just how this kind of thing works.

No, this is no gif, sure it seems to be in motion but it is not. The things present in this image are all as still as they could possibly be. This for those who might not have seen it yet is known as Ninio’s extinction illusion. It is a grid that features 12 black dots amidst intersecting lines.

There are twelve black dots at the intersections in this image. Your brain won’t let you see them all at once. pic.twitter.com/ig6P980LOT

The more you try to focus on it the more it appears to be moving. As the poster noted ‘your brain won’t let you see them all at once’ this in reference to the 12 black dots. The illusion itself gets its name from the person who created it, Jacques Ninio who happens to be a biologist. It was coined back in 2009 and Ninio published a paper on it in Sage Journals.

The abstract of this paper goes as follows:

When the white disks in a scintillating grid are reduced in size, and outlined in black, they tend to disappear. One sees only a few of them at a time, in clusters which move erratically on the page. Where they are not seen, the grey alleys seem to be continuous, generating grey crossings that are not actually present. Some black sparkling can be seen at those crossings where no disk is seen. The illusion also works in reverse contrast.

Of course, this might seem quite complex but according to most, it all boils down to our poor peripheral vision. When you try to look at the image your mind will cancel out some of the black dots because there is just so much going on at once. This illusion is considered to be a variation on the Hermann Grid which in many ways has the opposite effect of this illusion in itself.

When you look at this image how many black dots can you see at one time? Can you spot all 12 or do you have to refocus when you try to count them? I can as it seems only see about 9 at a time and have to really strain to accomplish that much.

If you like optical illusions and want to learn more about this one please feel free to check out the video below. Things like this are truly fascinating. Our eyes might be quite capable but when it comes to this, they fall short.