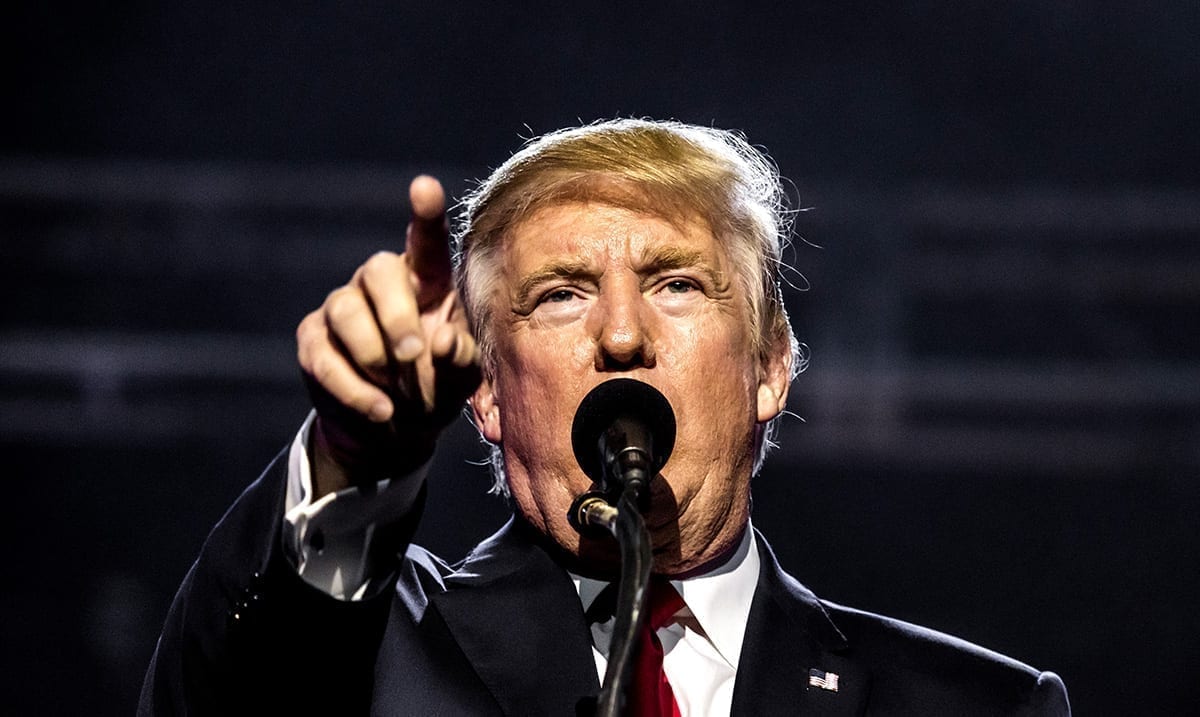 This AI Bot Crashed When Trying To Analyze A Speech By Trump, But Now It Knows How To Read Him

For those who do not know, there are lots of different AI bots out there in this world. AI stands for artificial intelligence and well, these bots can do a lot more than you’d expect.

They can transcribe many things, send out and pull in tons of stuff, and some can even be used to gain total control over a computer. That having been said, it seems even bots have trouble when President Trump comes into play as or at least for Margaret that was the case. Margaret is an AI bot who happens to belong to a man named Bill Frischling and when trying to transcribe a 127-word section of a speech by President Trump, it was having a lot of trouble.

That whole ordeal in itself caused Margaret to crash. You see, Trump doesn’t speak like anyone else, he does things differently in that sense. While Margaret was rebooted after this it didn’t stop Frischling from wanting it to analyze Trump even further. From here things really changed and pushed him down a rabbit hole of ‘Trump-speak.’

The LA Times wrote as follows on the progress Frischling has made since that occurred after hiring a ‘computer expert’ to work on Margaret:

Margaret — named for a character on the TV series “The West Wing” who can forge the president’s signature — doesn’t cheer, jeer or change the channel. It simply analyzes every word Trump says, and how he says them, deploying algorithms to glean insight into the president’s erratic nature from a database that stretches back more than four decades.

Among Margaret’s discoveries: Trump’s ability to fast-talk through an obvious falsehood is a sign that he is unbothered.

“Most people, when they’re not telling the truth, are not more comfortable. They’re less comfortable,” said Frischling, 48, a self-taught coder who is working from home in Great Falls, Va., during the pandemic. “He is more comfortable.”

Margaret can assess when Trump is stressed, measure his calm, and even mimic what Trump might say in public before he does, Frischling said. Margaret also has a pretty good sense of when Trump is really angry versus when he’s just putting on a show, he added.

To form those conclusions, Margaret keeps track of Trump’s pauses, hand gestures, rate of speech, the types of adjectives he uses, deviations from his usual vocabulary, and the tone in his voice, among other factors.

There is no doubt that AI is capable of a lot more than your average person realizes and the more we use it the more we will learn about others. While it has limits, even in Margaret’s case things worked out in the end. Margaret is now able to seemingly break down Trump’s every move and before did nothing but crash after making a mere attempt at doing-so. That being said, it is difficult for AI to analyze Trump’s words and things of the sort because he does not act in the way others do.

Frischling is also planning to work on teaching Margaret to analyze Trump’s skin time as well but that in itself will take a lot of time and effort on his part. Understanding Trump is not easy but it seems do-able for this AI. You might be surprised to hear it but this isn’t even the first bot to break down Trump in such a way but it is the one that seems to have done the most.

All of these words and things of the sort from President Trump are on Factba.se where Margaret stores them. You see, Frischling is the CEO of something known as FactSquared. This company for those who might not be aware is all about AI. Basically, they share the data Margaret and other bots collect. In order to get Margaret where it is now its basic grammar tools and other things of the sort had to be removed.

Using around 11 million words that Margaret has already broken down it can tell when Trump is angry, stressed, or even lying within reason. According to Business Insider, even Amazon uses this bot to help with Trump questions. While this might not sound like a lot, this is a very interesting step towards something huge.

Studying these kind of tells is increasingly of interest in the AI community, according to Frischling, especially when it comes to world leaders. Frischling added that he also studies members of Congress using the same technology, and shares the findings with private clients.

Trump speaks at 220 words per-minute when he’s not reading off a teleprompter, which is close to double the national average for Americans speaking extemporaneously. But he slows down on the prompter to around 111 words per minute.

Unlike most members of Congress, Trump addresses so many topics at once that it’s harder to tell when he may change a policy position or forecast other shifts, according to Frischling.

And when Trump gets mad, he simply stops gesturing.

What do you think about all of this? Is AI really moving too quickly? Just how far can bots end up going when it comes to all of this?