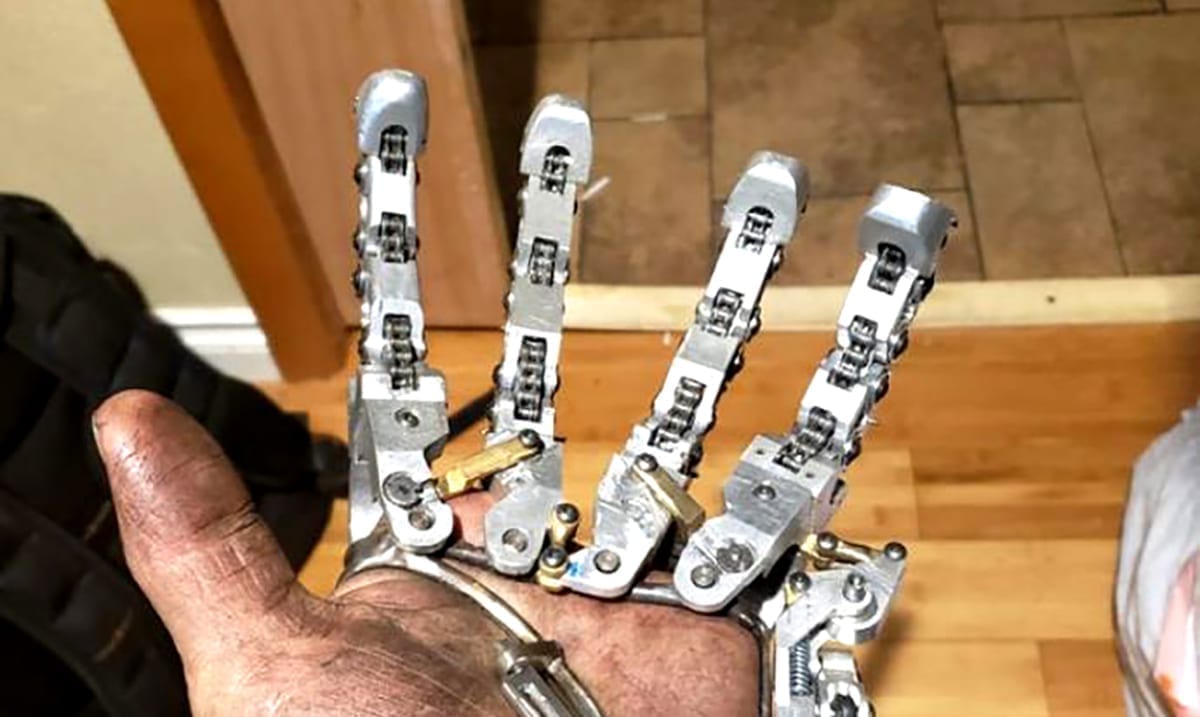 They Denied Him A Prosthetic Hand So He Built His Own

In this day and age, unless you’re paying out the rear end for insurance, it doesn’t cover much. Even the things we need seem to cost a fortune and well, that in itself is quite saddening.

Could you imagine being in an accident and losing your hand or perhaps even your whole leg only to be told by your insurance company that you’re not covered enough to get a prosthetic and that you’ll just have to get one out-of-pocket which you cannot afford or just do without? Well, for some that is a very heart-breaking reality.

Well, for a man named Ian Davis losing his hand and being denied a prosthetic by his insurance provider ended up being a blessing in disguise as he made his own and it’s quite fantastic. While this story is from about a year ago, it is one that we should all take to heart. Sure, Davis could have just bought one perhaps even overtime if needed but making his own really makes his robotic hand all the more special.

Davis is a mechanical engineer who smashed his hand in his shop and lost all but one of his fingers on his left hand. According to his insurance, because he still had his palm, he didn’t qualify for a prosthetic. From there he decided to make his own and because he was able to he even feels kind of bad because not everyone can make their own. 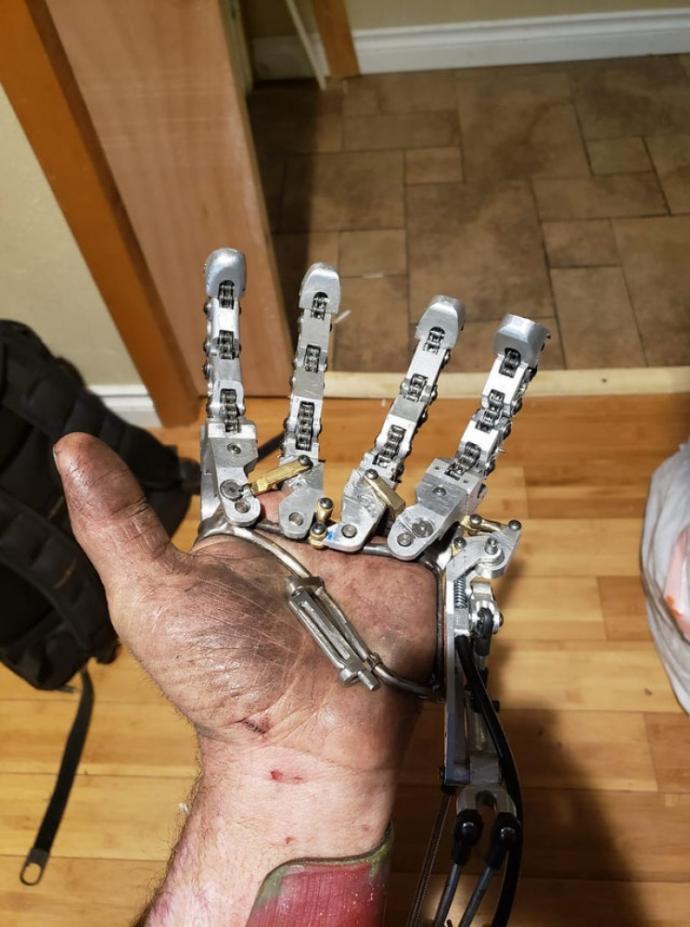 The last two years have been nothing short of hard for Ian Davis. He was diagnosed with Multiple Myeloma, a cancer that forms in plasma cells. Not long after, he smashed his hand working in his shop. His injury combined with fighting cancer led to some complications. Surgeons said it was his hand, or his life.

“They ended up taking my fingers off which being a maker was a tough deal,” Davis said. “You use your hand for everything.”

Now he’s left with just his thumb on his left hand.

“That was kind of a career. It really affects your attitude toward life. All of a sudden you’re having all of these struggles. You have the struggle of the cancer and then now you have your hand.”

He learned that if he lost his palm, insurance would have given him a prosthetic hand. Davis said his insurance denied his request to cover his prosthetic because “your fingers are not medically necessary.” He turned to his 3D printers instead.

“Be it that my insurance won’t cover it, I am faced with either do without or build your own,” Davis added. “Be it that I’m a mechanical engineer of sorts I chose to build my own.”

His world has gotten much smaller since the accident. He spends most of the day in his office revising and making new prototypes. He knows there are other people out there with the same problem he has, but they can’t make their own hands. He wants to be able to do this for other people who need it.

Davis actually posts updates to his progress working on new hands and making his robotic one work smoother and other things of the sort on his YouTube Channel. You can click here to learn more about that and to see his channel. People like this deserve to be heard.