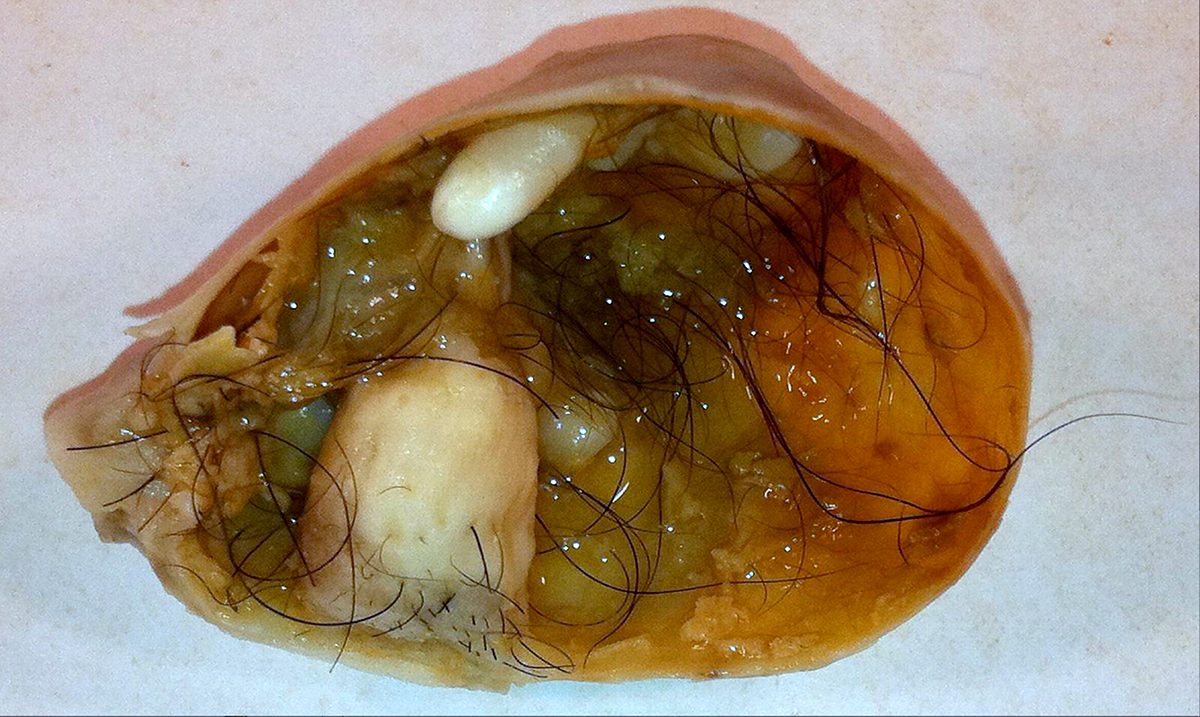 By Gerald Sinclair September 30, 2019 No Comments

Our bodies, in general, can do some pretty mindblowing things and some of those things are a bit horrifying. Whether it’s doing the splits, moving your ears without touching them, or growing tumors full of teeth the more you dive into the things our bodies can do the more peculiar they become.

These ‘teeth-filled’ tumors are called teratomas, and they sometimes even contain things like bone, hair, and other things of the sort. This kind of thing happens because the tumor itself is made up of several different kinds of tissue. The word ‘teratoma’ comes from the Greek word teratos meaning monster, which I guess fits this kind of tumor quite properly.

According to EMedicine, they are germ cell tumors derived from one or more of the 3 germ layers. For the most part, removing these tumors surgically is the only option for those affected. While they can be present all over the body these peculiar growths tend to be most common in the ovaries for women and testicles for men.

In one case that began as a routine operation a 10-centimeter tumor that was full of hair, bone, and even a tiny brain. Within a mere 16-year-old girl a large amount of well-differentiated and according to the publication in regards ‘highly organized cerebellar tissue’ was found. This tissue was surrounded by a skull-like bony shell and was very true to the monstrous name.

For the most part, teratomas are benign, but they do in a lot of cases grow back after being removed which can be quite frustrating for those who have them and depending on where the teratoma is, can cause discomfort. Immature teratomas are more likely than mature teratomas to turn into cancer but it is possible all the while. While they might sound like a serious issue, most people don’t even know they have them for most of their lives.

Healthline breaks the cause of teratomas down as follows on their website:

Teratomas result from a complication in the body’s growth process, involving the way that your cells differentiate and specialize.

Teratomas arise in your body’s germ cells, which are produced very early in the development of the fetus.

Some of these primitive germ cells become your sperm- and egg-producing cells. But germ cells can also be found elsewhere in the body, especially in the region of the tailbone and the mediastinum (a membrane separating the lungs).

Germ cells are a type of cell known as pluripotent. That means they are capable of differentiating into any type of specialized cell that can be found in your body.

One theory of teratomas suggests that the condition originates in these primordial germ cells. This is called the parthenogenic theory and is now the prevailing view.

It explains how teratomas can be found with hair, wax, teeth, and can even appear as an almost-formed fetus. The location of teratomas also argues for their origin in primitive germ cells.

Pretty interesting, aren’t they? I for one think it is truly fascinating what the body can do be it positive or not. How would you react to having a tumor removed from your body only to find it was full of things like teeth and hair? I for one would be a bit on edge.

To learn more about teratomas please feel free to check out the video below. While peculiar these things are pretty common. You’d be surprised how many people face this kind of thing.