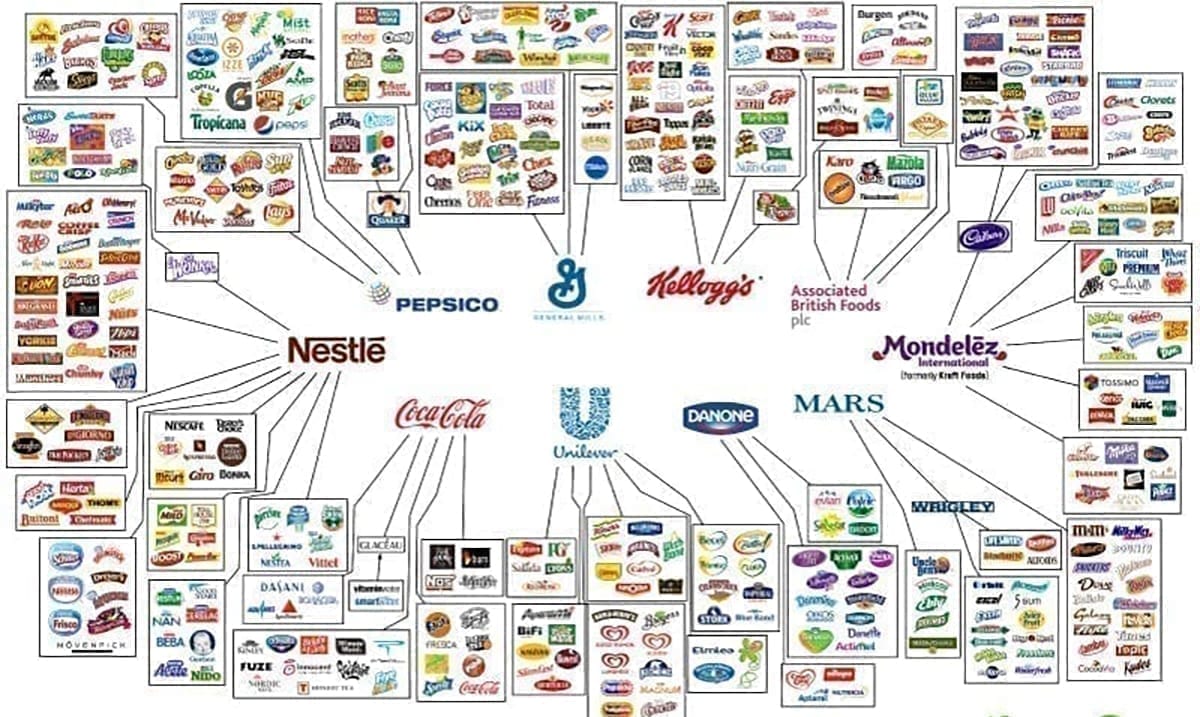 These 10 Companies Control Basically Everything You Eat, Infographic

I know when you go to the grocery store it may seem like there are tons of brands to choose from but have you ever stopped to wonder who owned those different brands? For instance, is Dr. Pepper owned by a different company than whoever owns Coke?

Well, honestly a lot of the smaller (still quite big) brands you may know and love are owned by much bigger brands that you might hate. For instance, PepsiCo owns Tropicana, yes you read that correctly. Would you ever have expected that? If you like ‘junk food’ or things of the sort perhaps you should really be more aware of where it’s all coming from.

According to an infographic that was created by Oxfam back in roughly 2017 or so there are about ten major companies that own virtually all other brands. Sure, there are some that will not fall under this but overall, this seems to cover the vast majority. While ten might not sound like a lot when you add up the companies each one has under its wing, things make a lot of sense.

Those 10 major companies are as follows and listed are some of the more well-known companies they own:

See, things aren’t as diverse as you’d think. These companies as of the year 2017 were all in control of the companies you’ll see listed around them in the infographic below. Isn’t that insane? While it might not be that alarming to some if you’re the kind of person who wants to know where your food is coming from it might be a bit of a shock. 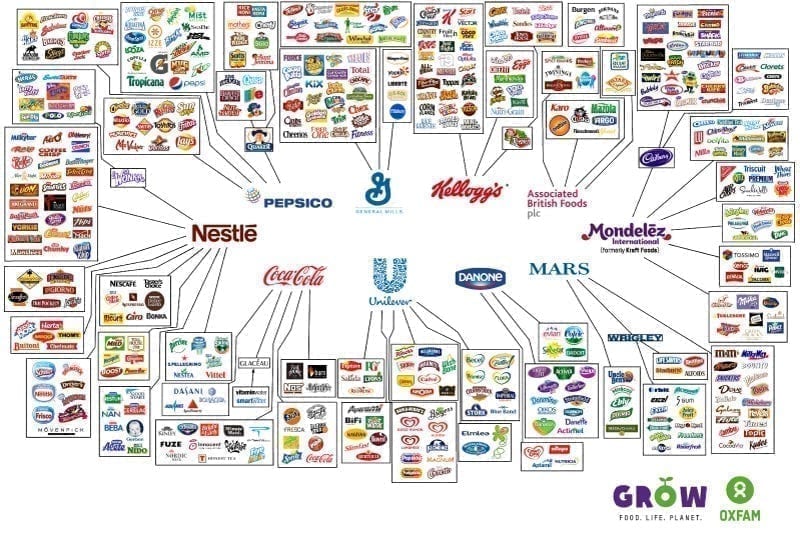 If you want diversity perhaps these brands are not the ones you should be buying from. The overall company that everything goes back to might not be one you’d expect and you should always do your research when it comes to that kind of thing. Sure, not everyone will care about this but to me, it was quite interesting to learn about. Who knew one specific company could in a sense go by so many different names?

To learn more about this and have the infographic itself broken down for you check out the video below. How many of these smaller companies did you know belonged to these larger companies? Were there any that caught you off guard?