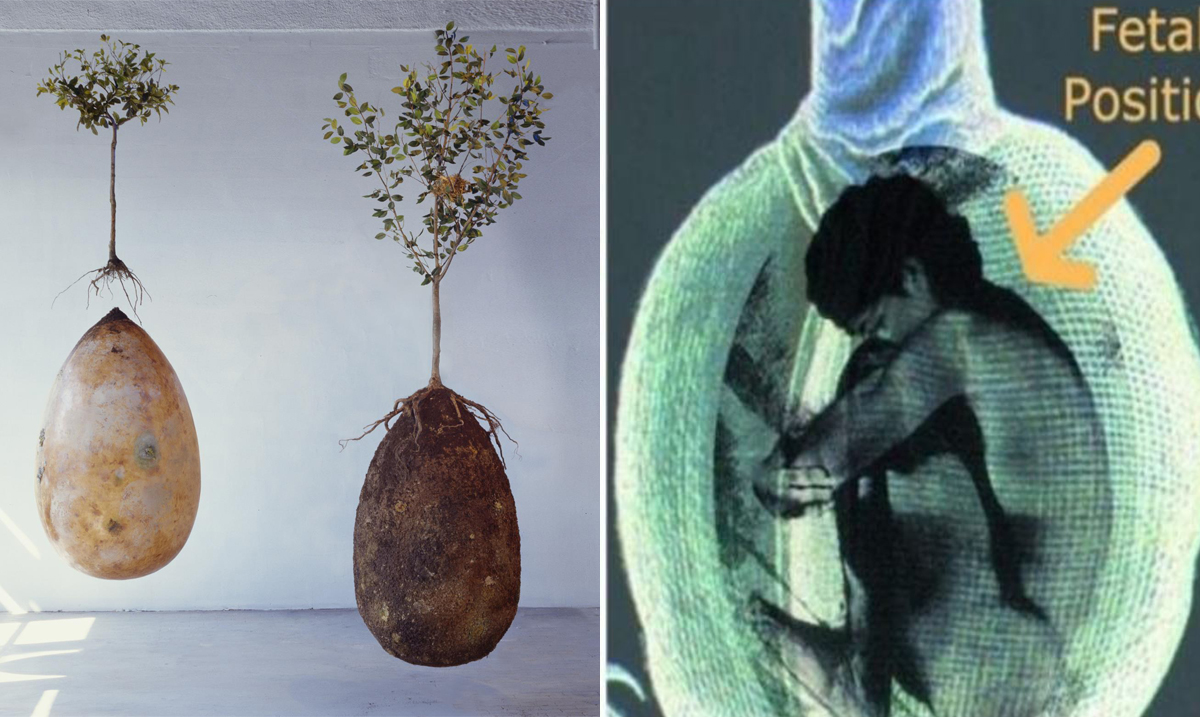 In modern times most people are either cremated or buried in coffins, these organic ‘coffins’ could be the way of the future. Not only do they make it easier to bury more people in the same area, but they also give back to the environment through the process itself.

I recently came across information on these burial pods online, and they really blew me away. They are designed and ‘sold’ by Capsula Mundi. This project basically allows us to think of death more-so as a means of bringing forth more life because these burial pods in smaller or larger options allow for trees to grow through them.

Capsula Mundi is a cultural and broad-based project, which envisions a different approach to the way we think about death. It’s an egg-shaped pod, an ancient and perfect form, made of biodegradable material, where our departed loved ones are placed for burial. Ashes will be held in small egg-shaped bio urns while bodies will be laid down in a fetal position in larger pods. The Capsula will then be buried as a seed in the Earth. A tree, chosen in life by the deceased, will be planted on top of it and serve as a memorial for the departed and as a legacy for posterity and the future of our plant. Family and friends will continue to care for the tree as it grows. Cemeteries will acquire a new look, instead of the cold grey landscape we see today, they will grow into vibrant woodlands.

Doesn’t that sound fantastic? Creating smaller forests rather than sad and depressing homes for those who have passed? Personally, I’d much rather have my body laid to rest in such a manner, that’s for sure.

When you really think about it, this is a great way for even once we’ve passed on to create a better world for the people we love here who remain for generations to come. Rather than taking as long to break down as an entire coffin and corpse would, these capsules break down and the remains within providing nutrients to the tree planted right above. Meaning that bits and pieces of your loved ones go into creating the life that is growing above their burial spot. This also being quite unique as that tree is something you’re caring for.

CNN reported as follows on these interesting burial means:

The idea for the Capsula Mundi came in 2003 when the pair saw tons of furniture trashed at the end of Milan’s famous design fair, “Salone del Mobile.”

“It was a big competition to design new things, but almost nobody cared about the future impact or whether anyone would actually use these things”, Bretzel said.

“We started thinking about projects that could have an environmental aspect. Death is part of our life but at design fairs, nobody cares about that because it’s one side of our life that we don’t want to look at. We don’t like to think of death as part of life.”

Would you ever consider being buried in such a manner? For more information please check out the video below. This whole concept is quite interesting even if you’re not into being turned into a tree once you’ve passed.