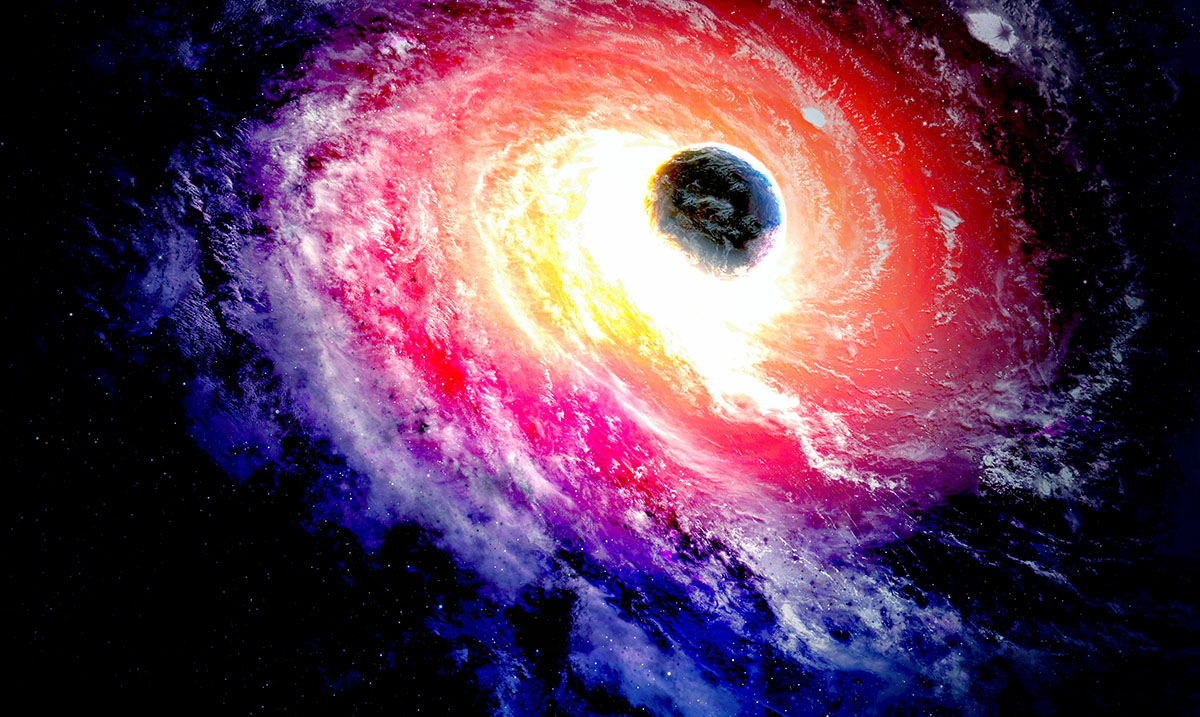 Theory Suggests Our Universe Might Exist Within A Massive Black Hole

Some scientists seem to believe that when it comes to black holes, they do not merely exist but instead we exist within at least one of them. For those who might not be aware, black holes are something said to be formed when a star (supernova) collapses in on itself and dies.

A lot of prominent figures in the world of science believe that the Big Bang itself was actually the formation of a black hole from elsewhere ripping through our universe and creating something we might never truly be able to understand. This insinuating that we came from the production of a universe within a black hole due to the presence of matter within it coming from outside of the black hole during its birth. This lines up with the idea that perhaps every black hole has a universe present within it.

Inside Science wrote as follows on the topic:

The idea that our universe is entirely contained within a black hole provides answers to these problems and many more. It eliminates the notion of physically impossible singularities in our universe. And it draws upon two central theories in physics.

The first is general relativity, the modern theory of gravity. It describes the universe at the largest scales. Any event in the universe occurs as a point in space and time or spacetime. A massive object such as the Sun distorts or “curves” spacetime, like a bowling ball sitting on a canvas. The Sun’s gravitational dent alters the motion of Earth and the other planets orbiting it. The sun’s pull of the planets appears to us as the force of gravity. The second is quantum mechanics, which describes the universe at the smallest scales, such as the level of the atom. However, quantum mechanics and general relativity are currently separate theories; physicists have been striving to combine the two successfully into a single theory of “quantum gravity” to adequately describe important phenomena, including the behavior of subatomic particles in black holes.

A 1960s adaptation of general relativity, called the Einstein-Cartan-Sciama-Kibble theory of gravity, takes into account effects from quantum mechanics. It not only provides a step towards quantum gravity but also leads to an alternative picture of the universe. This variation of general relativity incorporates an important quantum property known as spin. Particles such as atoms and electrons possess spin or the internal angular momentum that is analogous to a skater spinning on ice.

Spacetime torsion would only be significant, let alone noticeable, in the early universe or in black holes. In these extreme environments, spacetime torsion would manifest itself as a repulsive force that counters the attractive gravitational force coming from spacetime curvature. As in the standard version of general relativity, very massive stars end up collapsing into black holes: regions of space from which nothing, not even light, can escape.

Here is how torsion would play out in the beginning moments of our universe. Initially, the gravitational attraction from curved space would overcome torsion’s repulsive forces, serving to collapse matter into smaller regions of space. But eventually torsion would become very strong and prevent the matter from compressing into a point of infinite density; matter would reach a state of extremely large but finite density. As energy can be converted into mass, the immensely high gravitational energy in this extremely dense state would cause an intense production of particles, greatly increasing the mass inside the black hole.

This theory is something many have been working to explore for quite some time now and perhaps in the future, we will be able to break down more properly. If this theory proves true eventually it will make quite clear why the universe itself is always expanding and growing. Our black hole, if we are in one, could be quite active even now. This meaning we are always absorbing new things from outside of the black hole and thus becoming bigger and bigger in many ways.