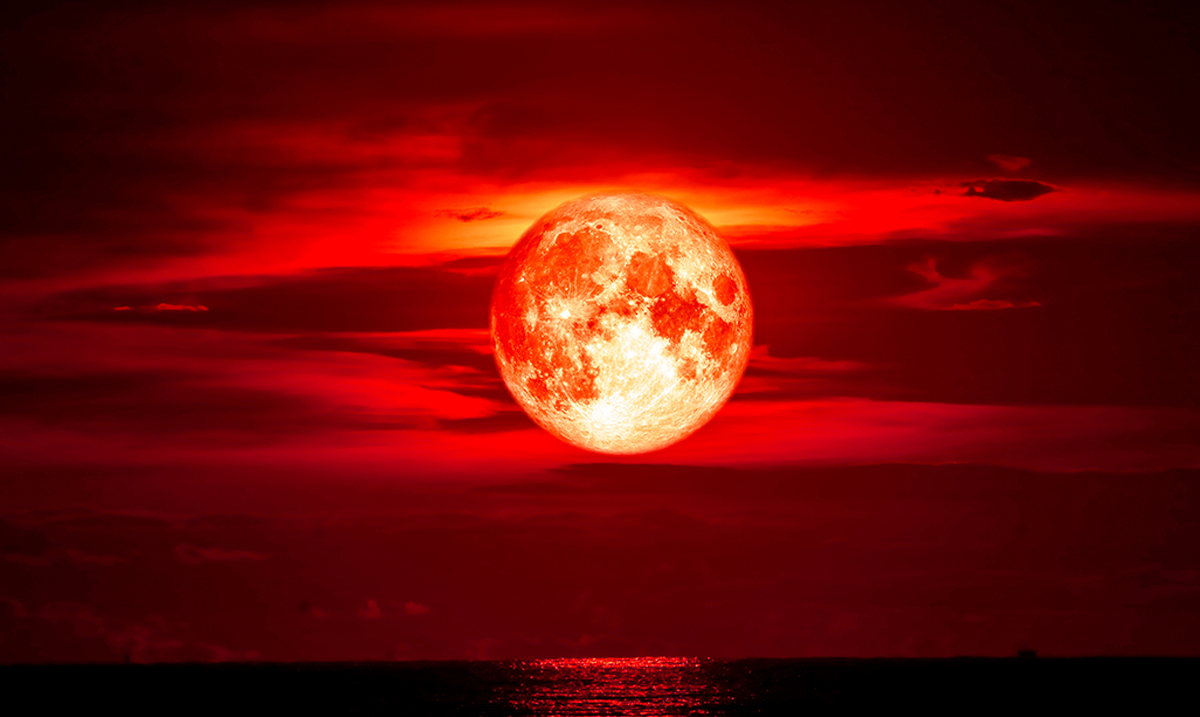 By Harley MansonOctober 18, 2021No Comments

As we enter into fall and leave summer behind, we may notice the world around us changing. Bringing this change into an even deeper perspective is the blood moon.

The blood moon, according to the Farmer’s Almanac, is referred to as such because leaves and plants that were once thriving, just months ago, are now dying. As they die, we notice the leaves and foliage turning orange, burnt umber, and deep reds. As hunters prepare for the colder months, in times past and even now, they scramble to hunt for food and prepare for the upcoming colder and darker months.

This year’s full moon will arrive October 20th, very near to Halloween. Halloween is a time in which the veil between our world and the spirit realm grows thin- making it easier for contact and crossover. It’s a time of honoring those who have passed on and paying homage to our ancestors.

All of this may sound dark, but each cycle or season of the year offers a new era of energy. Spring brings us new life, Summer is a time of inspiration and growth of that new life, and fall is when we begin to cycle towards the end of the year, where new life from Spring starts to fade and pass.

Rather than being afraid of endings- nature teaches us the end is never the end, but only a chance for a new beginning.

That energy can be intense. Now add to that the fact that Aries will also be influencing the full moon. Aries is a headstrong, and purpose-driven sign that pushes us to align with our true selves. The full moon, by itself – everything else aside, is a time of tuning into ourselves. It’s not surprising that some zodiac signs may be feeling a bit tenser than others.

These four zodiac signs are going to be feeling extremely tense during this time.

Right now, and through the full moon cycle, Aries is going to be pushing and fighting against the energy of Libra. While Libra is a bit slower and more of a communicator, Aries is stubborn and fierce. Because of that, Aries will likely be having a difficult time pushing against themselves and trying to understand how to battle against their surrounding energies. Rather than fighting against yourself, Aries, surrender. It’s better to go with the flow than to end up stuck in a fight you cannot win.

Just as Aries is fighting against Libra, Libra will be feeling at odds with Aries. This may cause relationships and other interpersonal relationships to feel strained for Libra. While most will be feeling the immense energy of Aries (as it’s quite strong), Libra may feel stuck, trying to compromise but getting nowhere. Rather than trying to force others to see things your way, Libra, focus on yourself.

During this time, Capricorn will be struggling in their home. It doesn’t help when you add the opposition of Aries and Libra, which may make Capricorns feel stuck between their home and private life. This is a battle you won’t win, and it may be best to use this time to bring peace to your home by moving some things around to break the monotony.

Pisces, who is a deeply intuitive and emotionally aligned being, will be feeling the intensity as well. The opposing forces of Libra vs. Aries are going to be weighing on Pisces hard. Pisces, who is spiritually and emotionally sensitive, can’t help but take on the battles between ambition and compromise, which may lead them to retreat inward. That’s okay, though. Right now, reflection may be best.