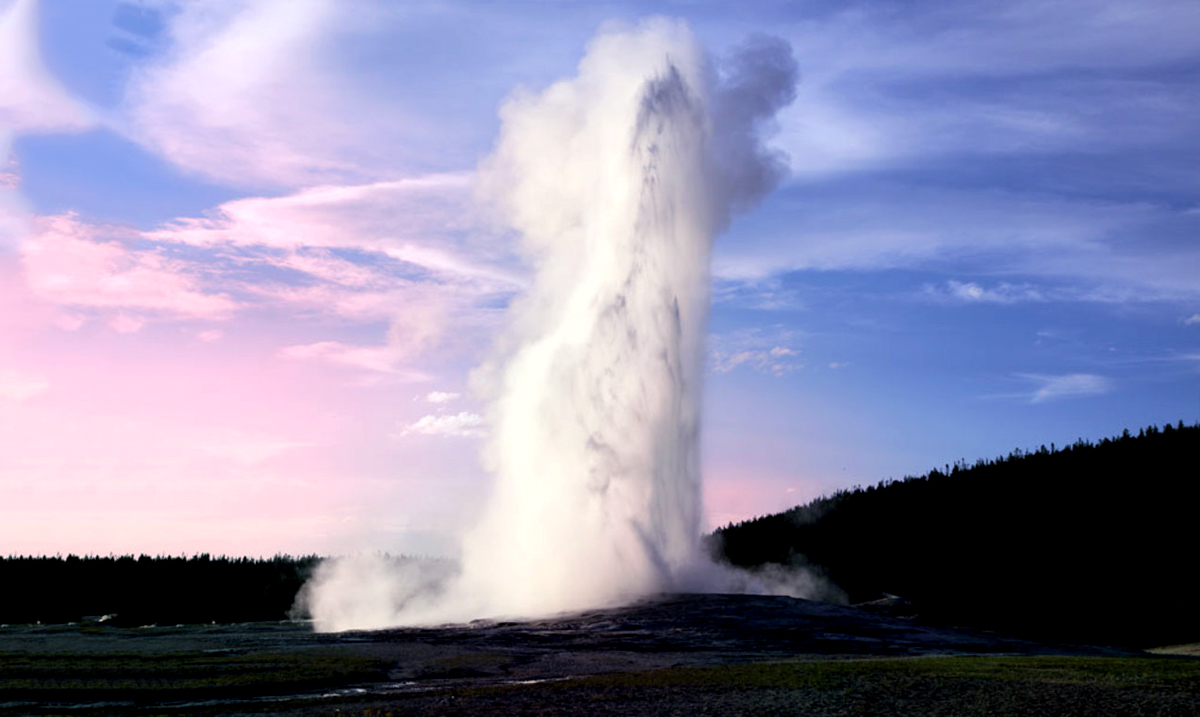 The Yellowstone Supervolcano Is Putting On An Astonishing Show Right Now And You Won’t Want To Miss It!

By Gerald Sinclair November 4, 2018 No Comments

While we are not used to seeing or hearing of the Steamboat Geyser erupting often it has been going off time and time again in the past several months. If you’re hoping to see the geyser erupt perhaps within the next few months might be the best time to try and catch it.

Until March 15th of this year, this geyser was only erupting once or twice per year. Something changed in March that started a spiral of eruptions and they’re not over yet. While we don’t exactly know why these eruptions are happening so frequently right now we do know that they are happening like never before. The Steamboat Geyser has erupted 24 times and counting since March.

While we are used to hearing about Old Faithful this is something new entirely. This increase in number of eruptions has shocked many and some are speculating that perhaps it is due to some kind of hydrological changes. While most geysers are unpredictable this takes the cake.

Mr. Poland a scientist who has looked into this matter told the Express as follows in regards to the number of eruptions:

“That is not unprecedented – it has gone of dozens of times a year in the 1980s and the 1960s so it is not like this is completely new.”

“But there is something to be said for all the precipitation that has fallen in that particular part of the Rocky Mountains in the last few years.”

“Perhaps there is more water available to be heated by the hot rock and then generate these eruptions.”

“Most of the studies of geysers tend to focus on places like Old Faithful, where you do know it is going to erupt because you would not necessarily study something which would be dormant during the time period that you were looking at it.”

“So we have a lot of knowledge about places like Old Faithful, which behave in some predictable way, but that is not the most common type of geyser.”

“We don’t tend to know so much about these more intermittent ones, and that’s what we hope to learn more about and maybe understand how and why they come back to life and whether or not the hydrology of this system is maybe responding to changes in precipitation over the last few years for example.”

“Yellowstone is an incredibly dynamic place. It is always changing. Different geysers are erupting.”

Some reports even say that a 25th eruption took place just before October came to an end. This is easily the most active year for the geyser in decades and who knows how it will progress. With it coming into a semi-regular pattern who knows how long things will last. Perhaps this pattern could last months more or even longer?