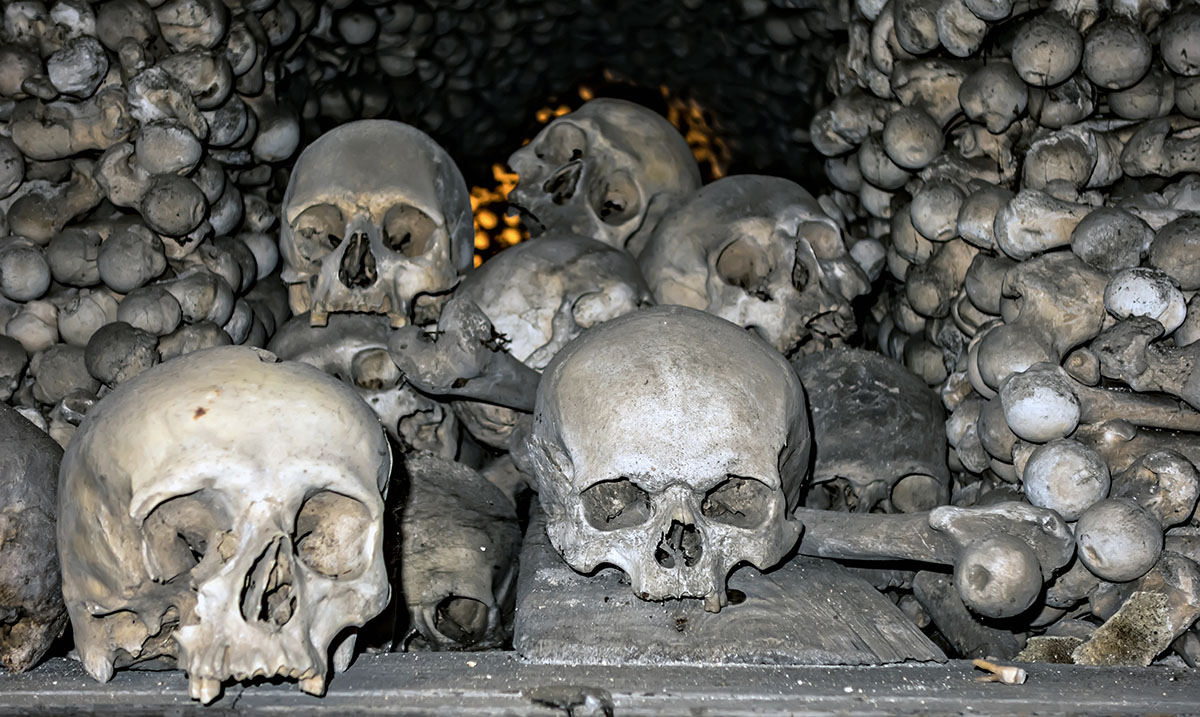 This world is home to tons of different creepy and seemingly horrifying places but some of them are a lot eerier than others. With Halloween near, perhaps it’s time to really dive into the world of all things spooky.

Below I am going to go over some of the creepiest places in the world. While you may have heard of some of them, I doubt you’re aware of them all. Sure, at first glance a few might seem normal but honestly, they’re all anything but.

12 Of The Creepiest Places On Earth:

This forest is one of the most haunted forests in the world and many who visit it report feeling very on edge. They all seem to believe someone is watching them and many note having seen ghosts. The more time you spend here, the more unnerved you will become.

On an island all to itself Alcatraz a former prison once home to some of the most notorious criminals is extremely haunted. While not in use anymore this place used to be a terrifying location to end up. Many ghosts are said to be present here and most are not what you’d call friendly.

This castle is connected to both Dracula and the real-life evil that was Vlad Tepes. While quite a beautiful place this location holds a darkness many notice quickly. This location in itself really changes a person but is also one of the most beautiful on this list.

The island of the dolls is a place many people know of but most cannot actually find themselves. According to local legends, the island’s only inhabitant found a drowned girl in the canal with her doll. From there he began hanging dolls and continued to do so throughout the years. There are currently thousands of dolls hanging around this tiny island and some people say that these dolls blink their eyes and do other strange things when no one is paying attention.

This amusement park is buried deep in the forests of Japan and has not been used since 1999. While most people claim it is haunted many consider it to be cursed. Several people died here all the while equipment was reviewed and still deemed safe. What makes it even creepier is that officials seem to pretend it does not exist in current times.

While not far from Venice itself most people do not know this place exists. This island was once a quarantine zone for those suffering from the plague and was used as an insane asylum for quite some time. It is a very prominent haunted location and people have reported tons of different ghostly activities.

The Japanese suicide forest is something we have been hearing a lot about in recent times. It had a movie created back in 2016 about it (The Forest) and while it is a heartbreaking place it is also very creepy. This place is one where many go to commit suicide. There is even a warning at the entrance reminding those who enter that suicide is not the answer to their problems. As many as 100 people each year take their own lives in this location.

This ghost town has been abandoned for years upon years as a result of nuclear disaster but that has not stopped people from visiting. Nature has run its course and taken over the buildings and many animals remain the area is full of stray dogs and no matter where you look, things just get eerier and eerier. Many consider this place to be quite peaceful but seeing as it is completely evacuated, it’s something most of us have never experienced.

This catacomb is a bit different from the ones you hear about in Paris but still just as creepy. It is full of well-dressed mummies and quite interesting to visit. The walls are lined with corpses that make for quite the display. There are rooms for different kinds of people and even one specifically for religious figures.

This mining town has been deemed unlivable since 1962 but a few locals still call it their home. Because of dangerous underground fires the town has been emitting noxious fumes through cracks in the ground for years on end with the fires somehow still blazing. Many believe this is the inspiration for Silent Hill.

This famous ‘bone church’ is full of bodies or at least what’s left of them. It is thought that the inside of this particular church holds about 40,000 different corpses and it really does appear to be true. While some call it disgusting, many consider it to be a work of art.

12. The Door to Hell – Derweze, Turkmenistan

This flaming crater has been burning since 1971 and probably won’t be stopping anytime soon. It is a gas crater that became present when Soviet drilling accidentally locked into a massive underground natural gas cavern. From there the ground collapsed and in hopes of burning the gas off it was set ablaze. Who knows how long it will continue to burn?