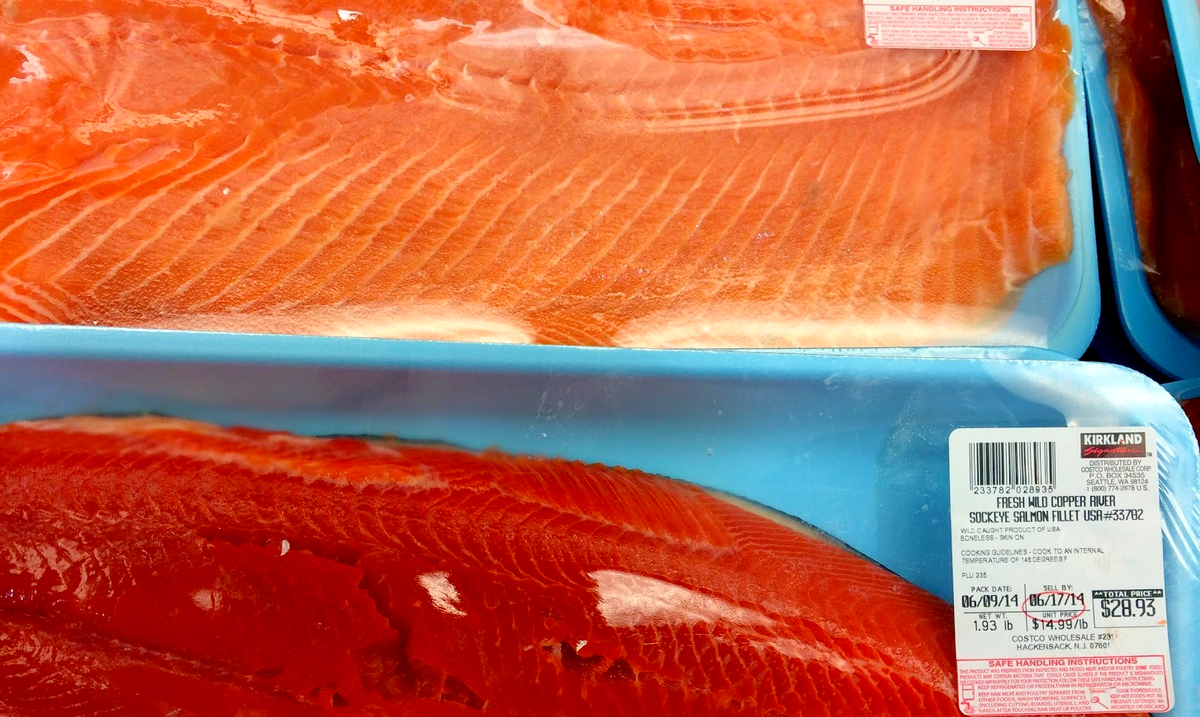 By Harley MansonApril 9, 2019No Comments

While the package may say wild caught, that salmon you are eating probably isn’t wild. Actually, according to Oceana, 42% of the samples taken of ‘Wild Salmon’ was actually mislabeled.

To take things to even worse heights, 67% of the salmon you eat from restaurants is also not ‘wild-caught.’ Instead, it was from China, just like the salmon we are being sold from the store. In grocery stores, 20% of the test salmon was mislabeled as well.

Kimberly Warner from Oceana told Time that, “Salmon is one of the few types of fish that are supposed to be marketed under a species specific name, like sockeye or pink,” continuing, she said  “When you buy salmon at a grocery store, you’re much more likely to know what species you’re getting than you are in a restaurant or at a small market, where you get vague labels like just ‘salmon’ or ‘wild salmon.”

And this isn’t the first time Oceana has gotten to the bottom of this issue. In 2013, they tested and found a mislabeling rate for wild salmon.

The culprit, they believe, is that the majority of the wild salmon in the U.S is caught during the times outside of the spawning runs that occur in March- December. While this statement may not make sense yet. To bring that into perceptive, the report states,

“In winter months, when fresh wild salmon should be less abundant, it is suspiciously prevalent on American menus.”

Kimberly Warner explained in a release regarding the report that U.S fishermen will catch about enough to meet 80% of the U.S’s domestic demand; however, 70 % off that is exported, rather than going to local grocery marts.

And if you didn’t know any better, you may not think this is a big deal. But China has fewer regulations on how they are able to handle food, even meats/seafood that can be deadly when proper care isn’t taken.

Farmed salmon has around twice the calories and fat than that of wild-caught salmon, and it is typically dyed and can be raised on GMOs as sustenance. To add even worse consequences, farmed raised salmon is higher in contaminants like PCBs.

Sadly, until we find a way to know without a shadow of a doubt that we can trust the processing plants that are mislabeling the salmon, it will be impossible to know what we are eating for sure unless we only purchase from trusted retailers and food establishments. Know what you are eating, by doing your research. And if you have doubts, perhaps it is better to just not eat the salmon, at least I probably won’t be.

Image via Do You Really Know What You Are Eating