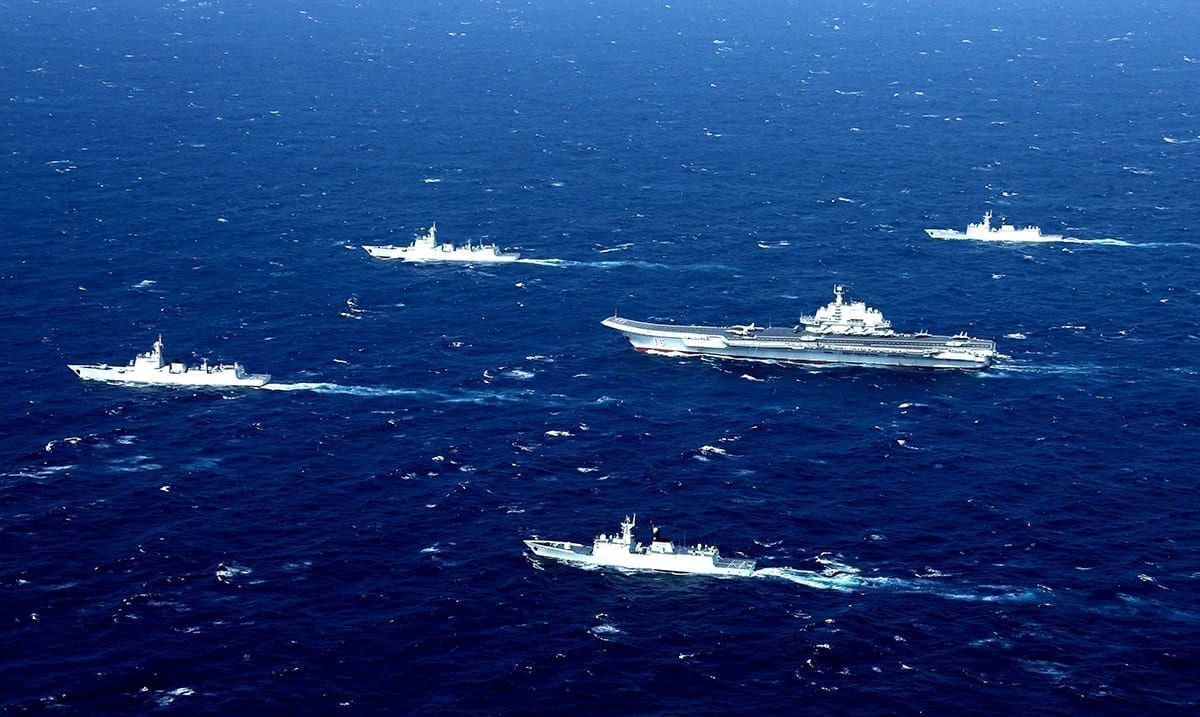 The US Sends Aircraft Carriers To The South China Sea

As time continues to pass it seems more and more is happening, in recent times the US has decided to send two aircraft carriers to the South China Sea. That having been said, aircraft carriers are not all the US will be sending, they will also be sending several warships.

This in itself is not some kind of escalation or anything of that sort, however, many people have speculated that it was/might be. According to CNN though, for the USS Nimitz and USS Ronald Reagan Carrier Strike Groups, these are ‘dual carrier operations’. This reportedly noted as something that ‘provides advanced training opportunities for our forces.’

Reuters wrote as follows on this topic:

“The purpose is to show an unambiguous signal to our partners and allies that we are committed to regional security and stability,” Rear Admiral George M. Wikoff was quoted as saying by the Wall Street Journal, which first reported the exercises.

Wikoff, commander of the strike group led by the Ronald Reagan, said the exercises were not a response to those being conducted by China, which the Pentagon criticized this week as “counter-productive to efforts at easing tensions and maintaining stability”.

China dismissed the U.S. criticism of its drills on Friday and suggested the United States was to blame for increasing tensions.

U.S. carriers have long carried out exercises in the Western Pacific, including in the South China Sea, according to the U.S. navy. At one point recently, the United States had three carriers in the region.

China announced last week it had scheduled five days of drills starting July 1 near the Paracel Islands, which are claimed by both Vietnam and China.

It should perhaps be noted that the US Navy operates in this area routinely. While this in itself is a bit different and does change things a bit, it doesn’t seem like anything to worry too much about. That being said, we cannot deny that in recent years tensions between the US and China have been rising quite a bit.

CNN wrote as follows about this on their website:

“The presence of two carriers is not in response to any political or world events. This advanced capability is one of many ways the U.S. Navy promotes security, stability, and prosperity throughout the Indo-Pacific.”

The exercise is long planned but comes as China conducts military drills of its own in the area, near the contested Paracel Islands, exercises that have been criticized by the US and other countries. The Wall Street Journal first reported the carriers’ participation in the coming exercise.

The Pentagon said in a statement Thursday that China’s “military exercises are the latest in a long string of PRC actions to assert unlawful maritime claims and disadvantage its Southeast Asian neighbors in the South China Sea.”

What do you think about all of this? I for one think many might be making this out to be more of an issue than it is. That being said, it is quite interesting to learn about.