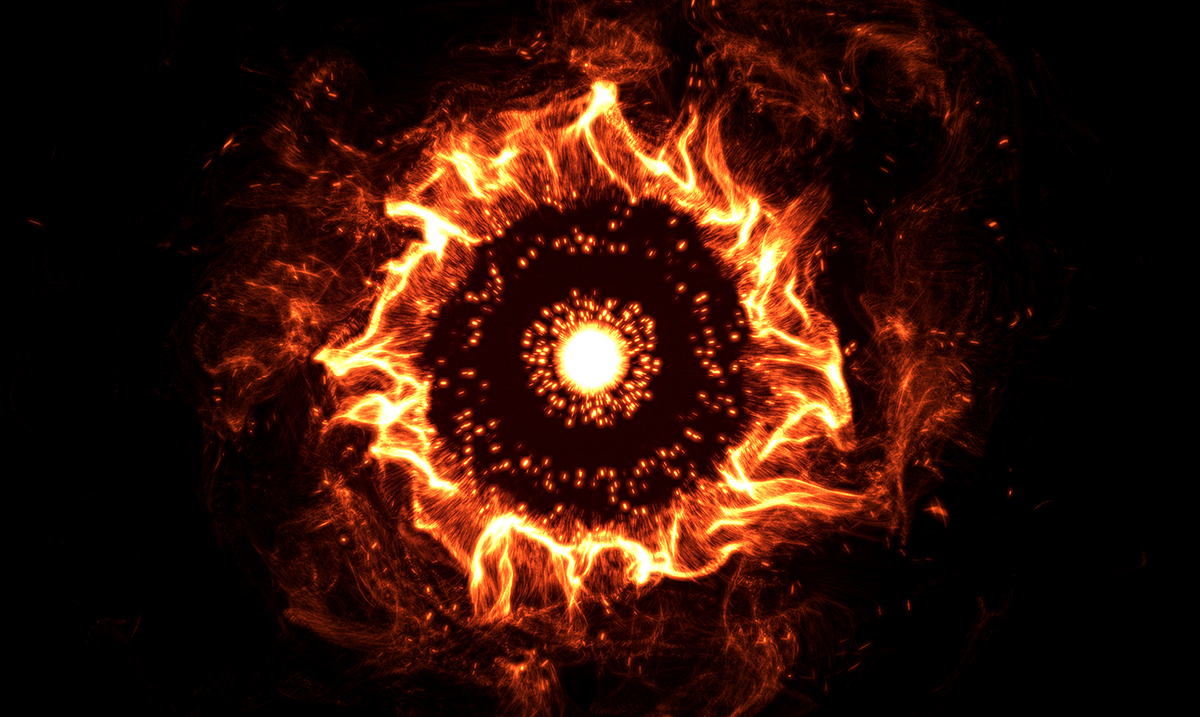 The Universe Is Dying, Study Confirms

A study from 2018 has been making its rounds online again and is causing quite the stir for some. While we tend to think of the universe itself as alive and well, it could be a bit more ‘under the weather’ than any of us could have expected.

This study was published in the journal Nature and highlights how the universe itself has peaked in star production and ever since has been in the long process of literally dying off entirely. That having been said, it won’t likely come to an end in our lifetime. It will take billions of years before the things present in current times are no more.

The light emitted by all galaxies over the history of the Universe produces the extragalactic background light (EBL) at ultraviolet, optical, and infrared wavelengths. The EBL is a source of opacity for gamma rays via photon-photon interactions, leaving an imprint in the spectra of distant gamma-ray sources. We measured this attenuation using 739 active galaxies and one gamma-ray burst detected by the Fermi Large Area Telescope. This allowed us to reconstruct the evolution of the EBL and determine the star formation history of the Universe over 90% of cosmic time. Our star formation history is consistent with independent measurements from galaxy surveys, peaking at redshift z ~ 2. Upper limits of the EBL at the epoch of reionization suggest a turnover in the abundance of faint galaxies at z ~ 6.

The idea of our universe being in the process of dying off is something many studies have covered and while it is quite scary to think about it’s not something that will have any impact on us. Using the Fermi telescope the lead author of the study noted above was able to measure the entire amount of starlight ever emitted which pushed him and his team to really work through things properly.

Clemson University’s Newstand wrote as follows regarding these interesting findings:

A collaborative paper titled “A gamma-ray determination of the Universe’s star-formation history” was published Nov. 30 in the journal Science and describes the results and ramifications of the team’s new measurement process.

“From data collected by the Fermi telescope, we were able to measure the entire amount of starlight ever emitted. This has never been done before,” said Ajello, who is the lead author of the paper. “Most of this light is emitted by stars that live in galaxies. And, so, this has allowed us to better understand the stellar-evolution process and gain captivating insights into how the universe produced its luminous content.”

Putting a number on the amount of starlight ever produced has several variables that make it difficult to quantify in simple terms. But according to the new measurement, the number of photons (particles of visible light) that escaped into space after being emitted by stars translates to 4×10^84.

Despite this stupendously large number, it is interesting to note that with the exception of the light that comes from our own sun and galaxy, the rest of the starlight that reaches Earth is exceedingly dim – equivalent to a 60-watt light bulb viewed in complete darkness from about 2.5 miles away. This is because the universe is almost incomprehensibly huge. This is also why the sky is dark at night, other than light from the moon, visible stars and the faint glow of the Milky Way.

The Fermi Gamma-ray Space Telescope was launched into low orbit on June 11, 2008, and recently marked its 10-year anniversary. It is a powerful observatory that has provided enormous amounts of data on gamma rays (the most energetic form of light) and their interaction with the extragalactic background light (EBL), which is a cosmic fog composed of all the ultraviolet, visible and infrared light emitted by stars or from dust in their vicinity. Ajello and postdoctoral fellow Vaidehi Paliya analyzed almost nine years of data pertaining to gamma-ray signals from 739 blazars.

This is all quite mindblowing as scientists have for a long time now been working to try to measure the EBL. Who knows what else we can and will uncover in the future, while star formation is a cycle, it is very peculiar in how it moves forth. The recycling of energies present in our universe is something that we all need to better understand eventually.

For more information on the universe and different ways it could potentially end please check out the video below. What do you think about all of this? Is our universe as a whole already working towards its end?