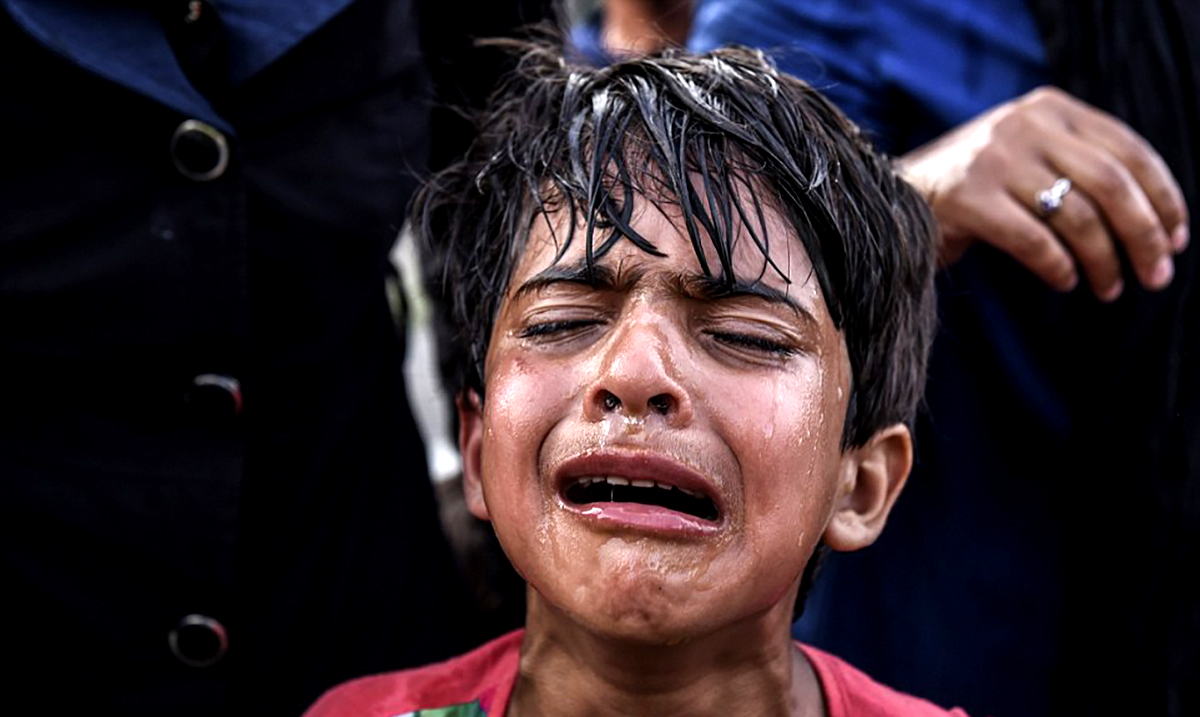 The U.S. Company Makes $750 Per Child A Day To Imprison Immigrant Children

Children separated from their families after crossing over the border must be released under court orders, however, in spite of that, the number of children that are detained continues to skyrocket under the Trump administration. And not only have the populations of these federally contracted ‘shelters’ skyrocketed, they have reached a total of 12,800- versus the 2,400 reported in 2017.

And not only have the numbers risen, so to have the number of facilities. There are now 113 detention facilities across the country, according to CNBC. The reasoning behind this seems to lie in the amount of money that is to be made. Since April, more and more children are being taken from their parents, and held in tent cities which holds them.

One company, in particular, is the Caliburn International Corporation which charges a whopping $750 per day to house the children in Homestead, Florida. Back in 2018, the company planned to go public with a proposed deal size of around $100 million before backing down. Most of the children held are from Central America, and arrived at the U.S border seeking asylum.

Currently, shelter capacities are at around 90 percent since last may, compared to just 30 percent a year ago.

“The closer they get to 100 percent, the less ability they will have to address anything unforeseen,” said Mark Greenberg, who oversaw the care of migrant children for the Health and Human Services Department under President Barack Obama. “Even if there’s not a sudden influx, they will be running out of capacity soon unless something changes.”

And with expected border crossings to come, a Texas facility is talking about tripling in size, because of the conditions at traditional shelters. With over 2,300 children at the Homestead facility, and many staying there for long periods of time, only money could be the goal for these facilities. Elizabeth Warren has come forward, and she has pledged to end these for profit prisons if she is elected.

Youth children aged from 13-17 are held in classrooms much of the time, and taught by non-certified teachers. Young children sleep in rooms of six sets of bunkbeds, where 17-year-olds (housed separately) are kept in long bays with around 144 beds in each bay. While the facility was opened under Obama, it has flourished under Trump.

On average, children stay at least 67 days, with many staying as long as 8 months.

In standard shelters, the cost is roughly $250, whereas, these private prisons hold them for around $750 each day. Obviously, Caliburn is making a killing, and with little difference between the facilities, and Caliburn only growing to be more and more overpopulated each day, it begs the question, whose interest is being catered to, because it surely isn’t the children.

“We don’t think most of these kids need to be detained at all,” said Mary Bauer, deputy legal director of the Southern Poverty Law Center’s Immigrant Justice Project. “These are kids who have for the most part loving family members who want them.”