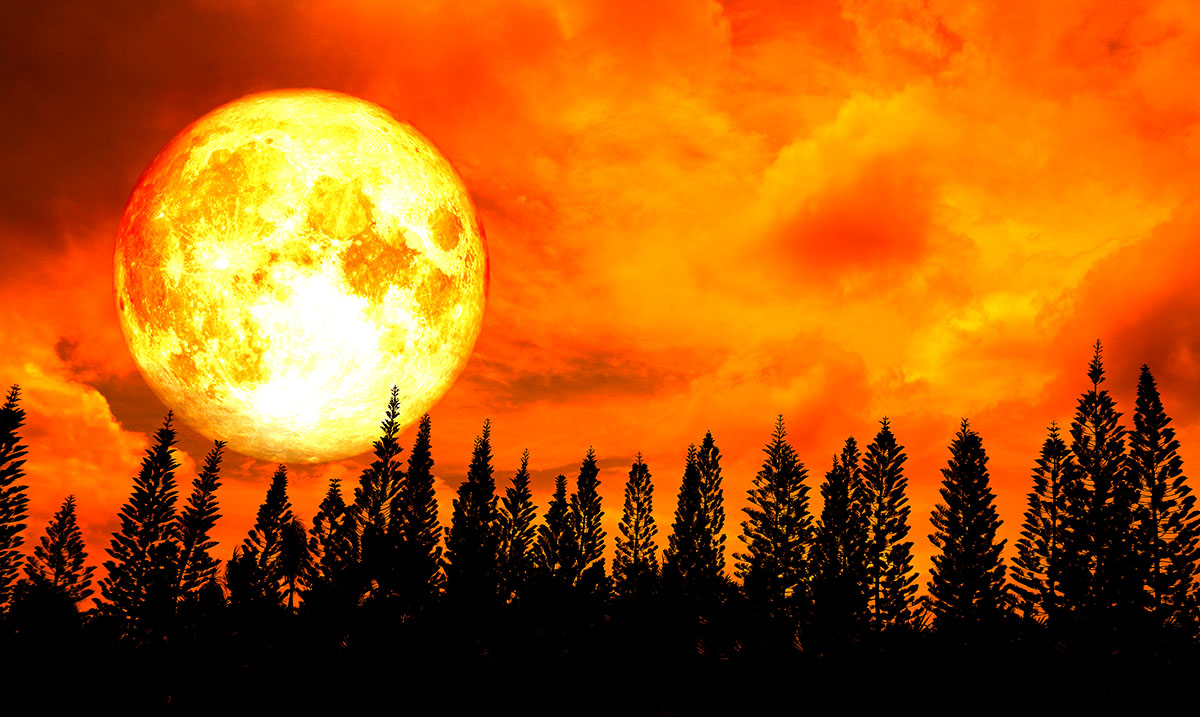 By Gerald SinclairOctober 11, 2019No Comments

The October full moon that is coming up on the 13th is a very special full moon. This full moon holds lots of energy and serious meaning.

This full moon will be a hunter’s moon which, according to the Farmer’s Almanac, gets its name from the time of year when it was time to go hunting in preparation for winter. Because the harvesters had previously cleared the fields the animals coming out to eat and so forth were much easier to see and thus easier to hunt. Each full moon has a name stemming from mostly native American or early American folklore.

The Almanac wrote as follows in regards to this hunter’s full moon:

The earliest use of the term “Hunter’s Moon” cited in the Oxford English Dictionary is from 1710. Some sources suggest that other names for the Hunter’s Moon are the Sanguine or Blood Moon, either associated with the blood from with hunting or the turning of the leaves in autumn. Some Native American tribes, who tied the full Moon names to the season’s activities, called the full Moon the “Travel Moon” and the “Dying Grass Moon.”

While right now most of the moon is visible as the full moon approaches it will appear bigger and fuller than the previous full moons we’ve seen. This Hunter’s moon while normally in October appears in November once every four years which is what makes it such a confusing time of year. The time between sunset and moonrise is also shorter during this full moon because of the time of year it takes place.

Universe Today noted as follows about the history of observation for this full moon:

Because the approach of winter signaled the possibility of going hungry in pre-Industrial times, the Hunter’s Moon was generally accorded with special honor, historically serving as an important feast day in both northern Europe and among many Native American tribes.

Traditionally, Native American hunters used the full moon of October to stalk deer and to spot foxes at night as they prepared for the coming winter. Because the fields were traditionally reaped in late September or early October, hunters could easily see foxes and other animals that came out to glean from the fallen grains.

The Hunter’s Moon is accorded similar significance in Europe, where it was also seen as a prime time to hunt during the post-harvest, pre-winter period when conditions were optimal for spotting prey. However, the term did not enter into usage for Europeans until after they made contact with Indigenous Americans and began colonizing North America.

Will you be taking the time to view this full moon and if so what draws you in about the spectacle that it truly is? I for one will be more than happy to see it. For more information on the Hunter’s moon please take the time to check out the video below.