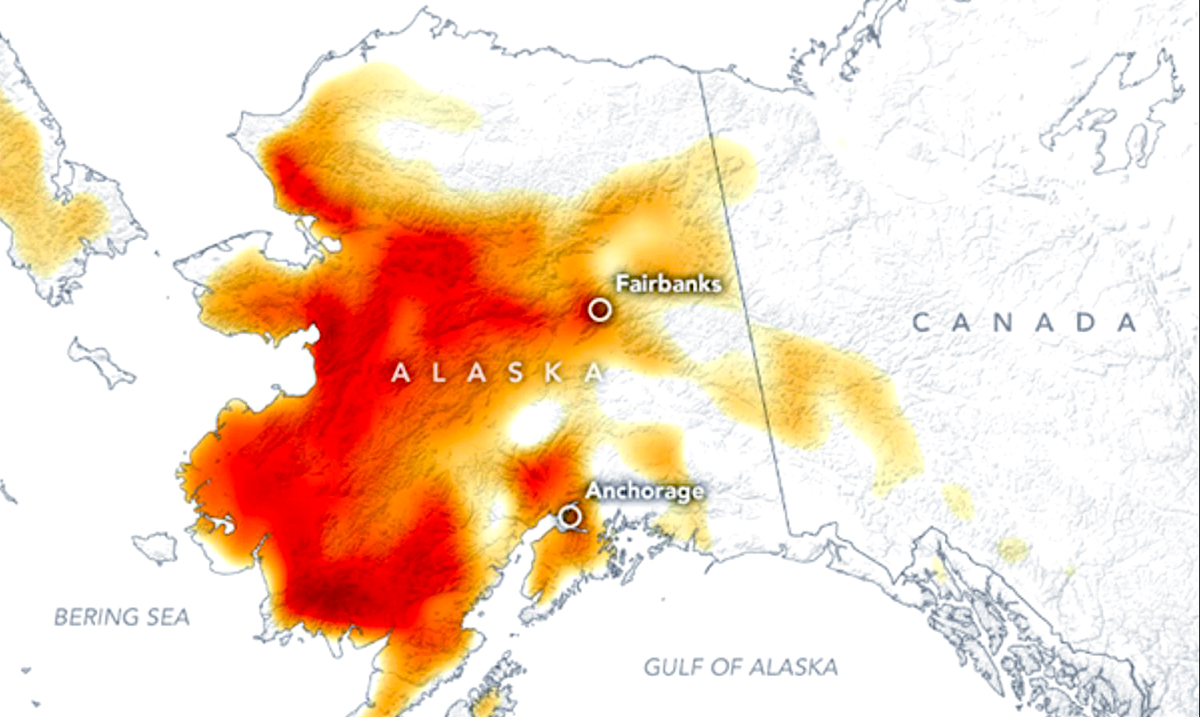 The Summer That Showed Us The Future, Alaska Is On Fire

Alaska has been experiencing record high temperatures in the past few months and while there usually isn’t much of a Summer there, everyone has been baking under the Sun. With this being one of the hottest summers for the state to ever experience, this could easily top the list of ‘all time.’ 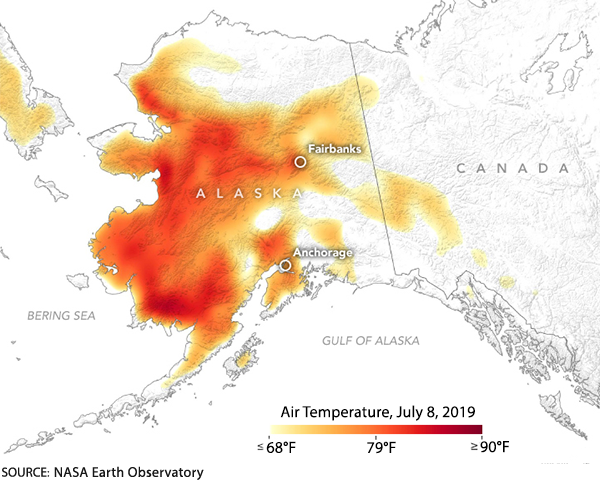 While we are aware average global temperatures have risen by at least one degree Celsius, Alaska is getting a lot more of the climate change effects than you’d have expected. Not only have wildfires been breaking out, Anchorage actually hit 90 degrees for the first time in recorded history. Times are changing and those changes might be a lot more dangerous than we realize offhand.

NRDC wrote as follows regarding the effects that can currently be seen in the region:

When I reached out to Chris earlier this week to ask him what life in the 49th state was like during this strange and scary time, he told me he happened to be waiting for a tree specialist to come out to his property that very afternoon. “I just found out today that almost every one of the spruce trees in our yard will have to be removed due to infestation by bark beetles,” he said, with evident sadness. The beetles are native to Alaska, but higher temperatures and drier conditions are aiding and abetting these pests, first by allowing the insects to reproduce twice a year instead of once, and second by making trees weaker and more water-stressed, and thus more vulnerable. Though the Kenai Peninsula south of Anchorage suffered extensive infestations in the 1990s, killing millions of acres’ worth of trees, Chris says the beetles haven’t been a pervasive problem in the Anchorage region until very recently.

Moose are at increased susceptibility to ticks and parasites in general according to their sources and with the wildfires seeming to still be sparking, caribou are also becoming more and more threatened. We have already for years now been seeing polar bears dying off from starvation and that issue in itself is going to continue to get worse and worse.

Back in June, it appeared as if the northern Bering and southern Chukchi seas were literally baking and Alaska much like the Arctic itself, in general, are rapidly gaining regarding higher temperatures. As sea ice collapses and melting kicks in more drastically we are unsure of where things are headed but it does not look good. As you can see below, all of that red is where temperatures are spiking.

To learn more about all of this and stay as informed as possible feel free to check out the video below. We all need to work to educate ourselves as time passes and this issue becomes more prominent. Have you been seeing any effects where you live and if so, what kinds?