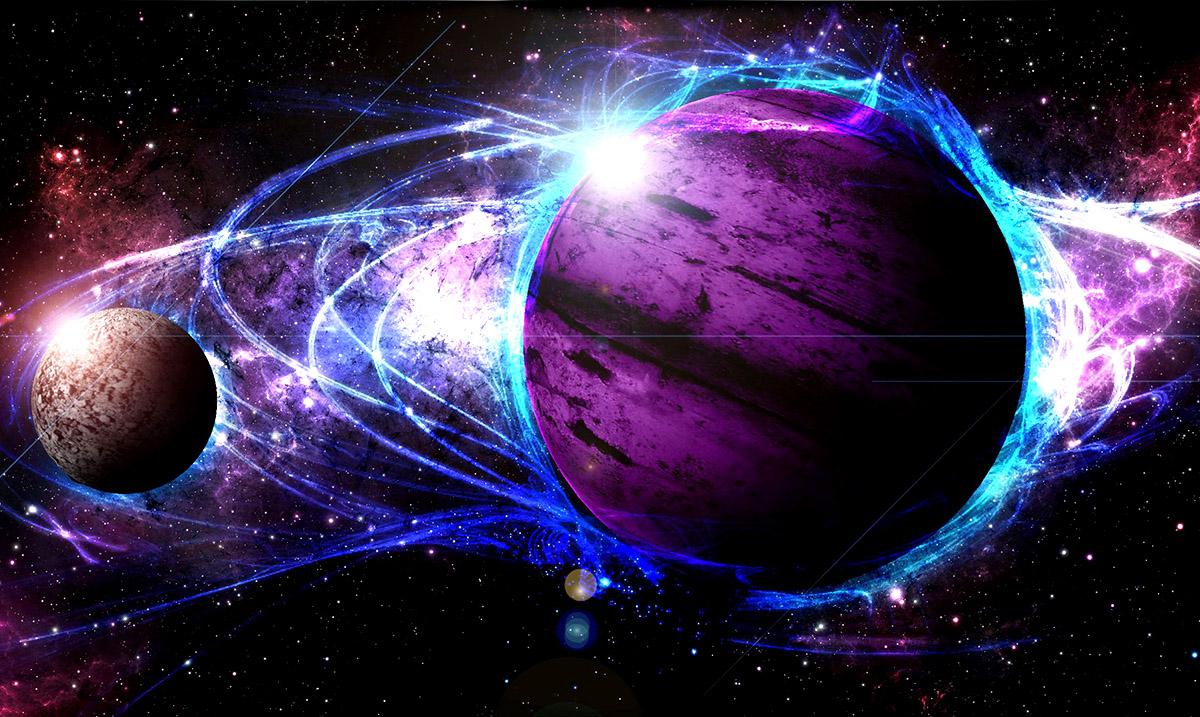 The Spiritual Significance Of The Saturn-Pluto Conjunction

The entire theory behind astrology is that which happens above, in our planetary system, affects life down here below, on planet Earth. Not only does this include human life, but it also impacts our abilities, our life cycles, the cycles of those around us, and those of the moon.

Astrologically speaking, 2020 is going to huge for all of us. Aligning at exactly 23 degrees of Capricorn, conjunction is when two planets are almost perfectly aligned. The dance of Pluto and Saturn is a special one, that includes two unstoppable forces that shape the world around us.

Saturn, which represented law and order, dances oh so closely to Pluto, which often correlates to the shifts and changes of sociopolitical systems.

For many astrologers, this will be a time of change, ascension, and revolution. One astrologer, Maurice Fernandez says,

“The Saturn–Pluto cycle occurs roughly every 33 to 38 years, varying according to Pluto’s highly elliptical orbit. This meeting of forces represents, among other things, the redistribution of power in the world or, in other words, which faction will make the decisions that affect the greater collective, whether this occurs in plain sight or behind the scenes.

“From a spiritual perspective, this cycle reflects a rite of passage determining who is most qualified to be the custodian of resources and thus regulates who will be in a position of influence. In its purest form, this cycle is one of the highest tests of integrity and morality for those in authority, along with a test of capacity and resilience. Beyond the management of power, this cycle is also about the skill to increase power and the value of resources.

“Looking back at previous cycles, we can see that a Saturn–Pluto conjunction occurred in October 1914, around the outbreak of World War I; this global conflict certainly reshuffled power dynamics by dissolving the Russian monarchy, the Ottoman Empire, and the Austro-Hungarian Empire, which led to the redrawing of national borders within Europe.

“Saturn–Pluto conjunction in 1947 saw the division between India and Pakistan and their establishment as an individual. In the Middle East, Israel gained independence from the British in 1948, creating an incredibly complex power dynamic in the region.

“The following cycle of 1982 marked a time of economic recession in the world, with the highest rate of unemployment in the U.S. since the Great Depression. It also marked the escalation of the Cold War during the Reagan years, later leading to the collapse of the Soviet bloc. Soon after the conjunction, in January 1983, the Kilauea volcano erupted in Hawaii; it has become the longest-lasting volcanic eruption and is still flowing.

“On January 12, 2020, Saturn conjoins Pluto at 22° Capricorn for a single, and dramatic, pass. We can expect this cycle to have an exceptionally powerful effect, from the year leading up to the conjunction and approximately two years following it. This cycle is bound to stimulate significant geopolitical dynamics that will affect the distribution of power in many structures on a global scale. Angular aspects between Saturn and Pluto are also known to reflect natural disasters, particularly seismic and volcanic activity.

“At worst, with Mars in Aries retrograding later in 2020 and squaring the Saturn–Pluto conjunction, serious political conflicts, and even a global war are possible.

“We can expect rebellion on both the individual level (people leaving their workplace, reinventing themselves) and the collective level (worldwide protests demanding a change). In light of growing separatist sentiment in the US, we may see the secession movement gaining greater momentum.”

This conjunction is so important in fact, that it has been called the Grand Conjunction.

And if you are resistant to change, it may be time to rethink.

And he is onto something according to various others, including myself. In 2020- it is predicted that something major will change. It will be the year that changes everything actually, and with the steadfast motto of change, or be changed. However, until it actually happens, we can all speculate. What do you think?