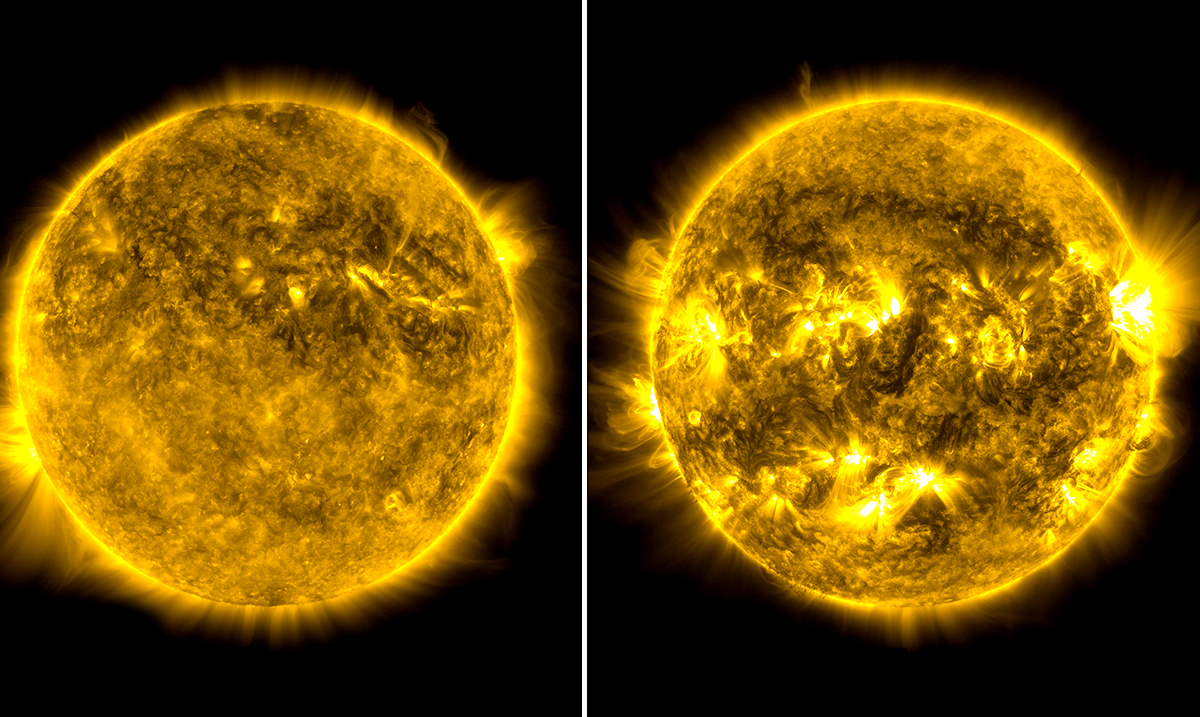 The Solar Minimum is Coming And It’s Going To Be Chilly!

By Gerald Sinclair October 2, 2018 No Comments

Solar minimum is upon us and that might mean something interesting. As things in space are changing things here on our home planet will as well.

According to NASA’s Martin Mlynaczak, if things do not change in regards to the recent cooling trend many have noted, we could be facing a ‘space age record for cold.’ While this might not seem like much for most people with the cooling of solar minimum everyone could end up quite chilly. You see, during solar maximum, the sun gives off more heat and we record lots of sunspots, but during solar minimum, the opposite occurs.

With part of the sun’s atmosphere shrinking scientists are quite sure we are now entering solar minimum. This was not expected until 2020 but seems to be happening early. That meaning the global temperature is likely to drop big time.

“The sun is entering a deep Solar Minimum, and Earth’s upper atmosphere is responding.”

“Data from NASA’s TIMED satellite show that the thermosphere (the uppermost layer of air around our planet) is cooling and shrinking, literally decreasing the radius of the atmosphere.”

Mlynczak and his colleagues are working to keep up with all of the things currently going on that have to do with this and monitoring the thermosphere. He told Space Weather that SABER is currently measuring 33 billion watts of infrared power from NO. This meaning that it is reading ten times less than what it would during an active phase. While record colds are not quite present yet he says “It could happen in a matter of months.”

Please feel free to check out the video below while it is a bit older it is still full of information in regards to solar minimum. Bundle up and try to keep up as this continues. While it might not mean the end is near just yet, it does mean things are changing big time.