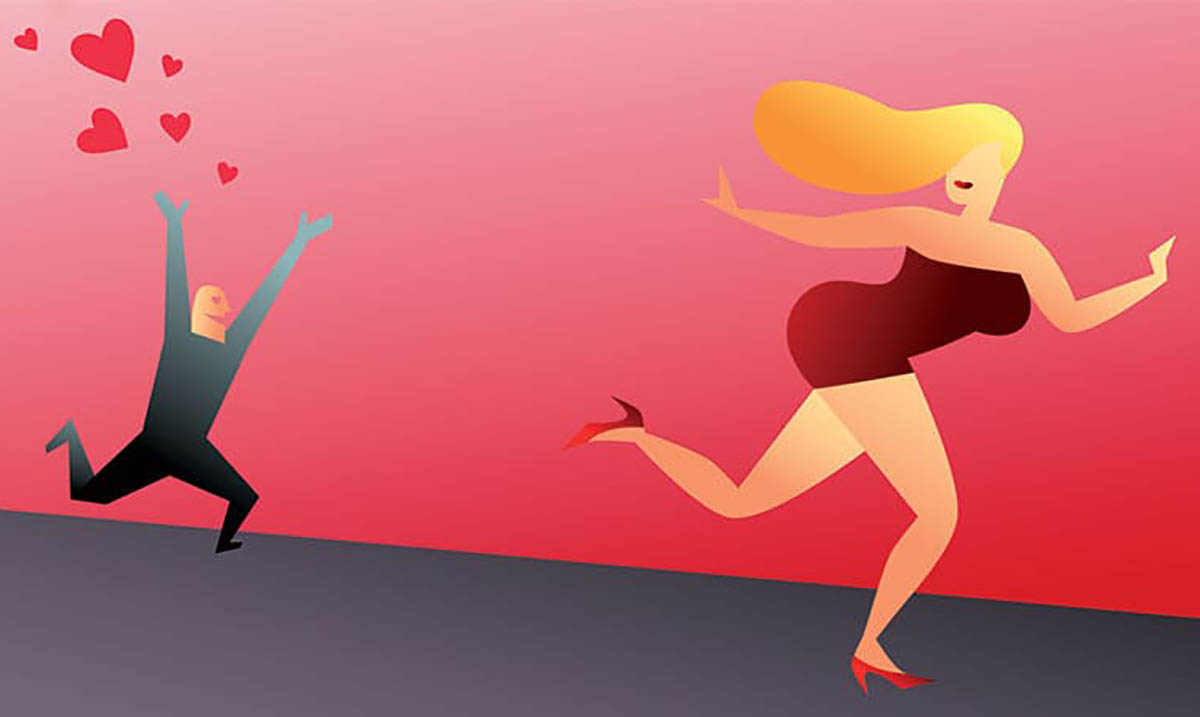 The zodiac is known for its monthly horoscopes and general personality profiles. But did you know that you could also discover secrets and interesting facts about your love style?

While you might not have guessed it, the Libra is easily the most willing to run from love. Libras don’t like to let other people in. They close themselves off emotionally and tend to focus on bettering their own lives. While they like the idea of love they don’t want to put forth the effort that comes with it.

Aquarius’ are also not very willing to let others in. They tend to care about people a lot but never make any moves. They are not good at expressing their emotions and it is something that really holds them back. While they might be willing to date, they don’t often find the connections that they wish they could and because of that are for the most part quite off limits.

Sagittarius’ are flighty. They tend to get very close to people and then once emotions begin really flowing they jump ship. The Sagittarius is a sign that doesn’t like to open up. They like to have fun and explore but are not often ready to settle down, so you cannot change them. However, for some reason also cannot help but feel compelled to try. Because of this a lot of heartbreak seems to follow them on their adventures in life.

Virgos are not usually into romance or lovey-dovey things. They are too afraid of being hurt and it really holds them back. They are some of the most vulnerable people of the zodiac and while they do criticize others a lot they do this so that they will not be criticized themselves. They like to put on a good show but are pretty soft at heart.

Geminis love ‘love’ but also tend to get bored. They will fall head over heels for someone only to no longer be interested several months or years down the road. They like the idea of being in a relationship but also aren’t as willing to put in the work to make the relationship last. Because of their conflicting traits, they lie somewhere in the middle when it comes to dating. Sometimes you get lucky and they turn out to be amazing and other times they are hard to be with right from the very start.

Aries’ are often too work oriented to slow down and let love hit them in the face. They close themselves off and if someone comes into their life and mixes their world up they don’t know what to do. While they don’t always run, sometimes they do. They want to grow with the people who care about them but they also don’t want to be held back or feel like they are holding others back. A lot goes into their decisions on whether or not the relationship is worth it at all.

Capricorns are much more open to love than the signs listed before on this ranking. They might not be the biggest risk takers but they do know when their heart is guiding them towards someone. They will be a little confusing in the beginning but as time goes by they really do open up quite well.

Taurus’ are some of the most confusing of the zodiac. They are stubborn and don’t like to compromise. When it comes to love they often let people in very quickly and refuse to let go even long after the fire has gone out. They are always willing to put in a lot of effort to make things work and are usually wonderful people to be with. That being said, you have to watch out for their temper.

Leos are strong leaders who are always ready for love. They do not run from anything and always face the things this world throws at them head-on. If someone comes into their lives and changes them for the better they are all for it. You won’t hear them complaining.

Scorpios are some of the most romantic people of the zodiac. They love to be in love and go out of their way to find it. This sign often struggles with those they love running from them rather than things being the other way around. They might seem to have a lot of luck in the world of relationships but they are still quite guarded whether you can see it or not.

Pisces’ people are usually the kind to seek out a love that most others would consider to be cheesy. They love all things fantasy and so when it comes to dating they get quite creative. You won’t ever have a dull moment if you find yourself head over heels for a Pisces.

Chances are you saw this one coming. Cancers are always seeking love. Once a Cancer has his or her heart set on someone there is no turning back. This sign puts all he or she has into the person that he or she loves and goes all out. They do not know how to properly protect their hearts and always end up way in over their heads.