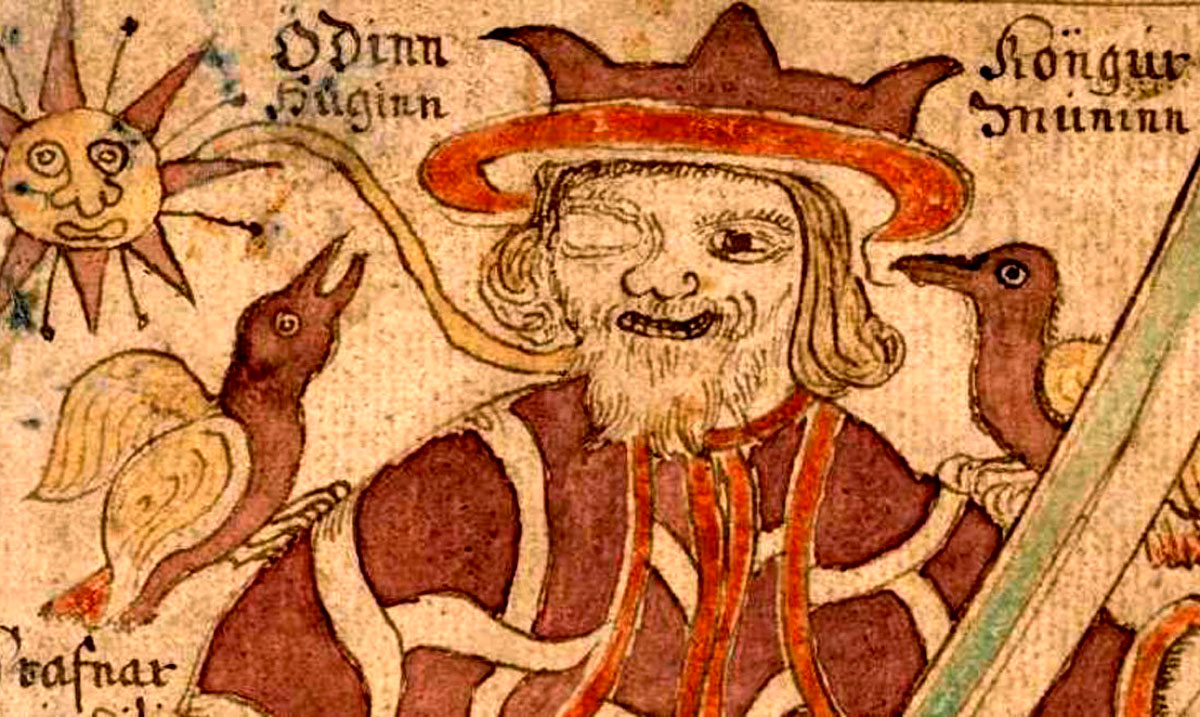 The Secret Magical Reason Behind The Wink

Have you ever wondered why we wink at others? While many people may think back to the old Christmas commercials with Santa, handing a refreshing bottle of coke to the little boy, the root of the wink goes back far more years than that.

In fact, the wink originates back to the Norse mythological figure known as Odin. And if you have never heard of Odin or saw imagery of him, you may not realize that Santa and Odin actually have quite a bit in common.

Typically, he was depicted as having a white beard, and magical powers.

And during the Winter Solstice (the original Christmas, or Yule), he would hold a hunting party, with his eight-legged horse named Sleipnir.

If you have ever watched the Lord of the Rings, then think Gandolph, as Odin was actually a model for his character in the books.

And according to mythology, Odin only had one eye. As the story goes, Odin ventured to Mimir’s Well one day and was greeted by the realms. He then asked for water, but in turn, the realms demanded an eye. Water was considered to be absolute wisdom, so Odin felt like the price was quite fair for what he had requested, and gladly gave the eye.

Since Odin was without an eye, his depictions make it seem as though he is winking. He lost his eye for a hidden truth, making the loss a divine sacrifice, which is reenacted when we wink.

If you were wondering how it was eventually linked to a secret message between two people, it is because this reenactment is actually a signal to another person that we have a secret understanding, or that we are secretly admiring them. Pretty neat, huh?