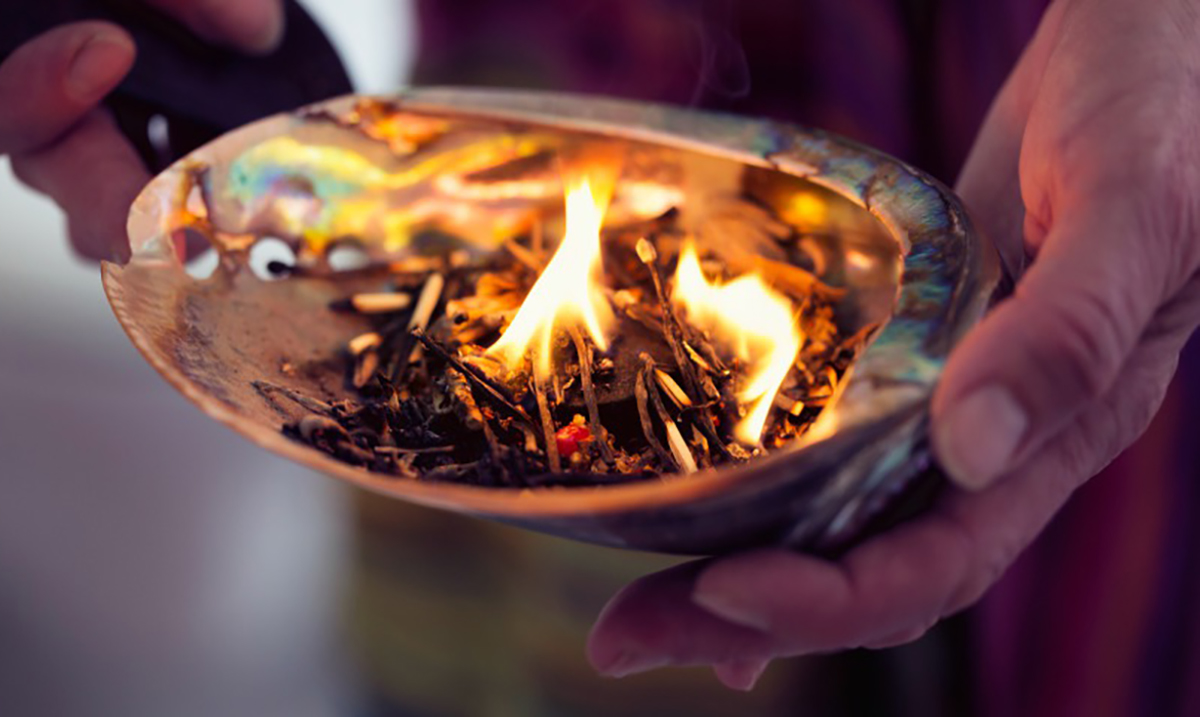 The Science Behind Smudging: Once You Understand This You Will Want to Begin Smudging Immediately

For ages and ages, people have been burning sacred herbs and using the smoke as a form of purification for their rituals and ceremonies. And while they obviously sensed something about this practice on a spiritual level, science is finally starting to catch up.

If you aren’t aware of what smudging is, it is a practice in which Native American’s and other spiritual traditions would bind herbs (like sage) together with string and then set them to fire enough to produce smoke. The smoke would then be used to cleanse areas of evil or negative energies and to cleanse people pre-ritual as well.

In a recent paper entitled ‘Medicinal Smokes’, information was reviewed from over 5 continents and 50 countries. What scientists discovered was that not only does smudging aid lung, brain and skin function, it also does indeed purify the air around us.

A follow-up study was conducted not long after that was published in the Journal of Ethnopharmacology.

According to it, smudging sacred herbs also doubles as a powerful antiseptic.

“We have observed that 1 hour treatment of medicinal smoke emanated by burning wood and a mixture of odoriferous and medicinal herbs (havan sámagri=material used in oblation to fire all over India), on aerial bacterial population caused over 94% reduction of bacterial counts by 60 min and the ability of the smoke to purify or disinfect the air and to make the environment cleaner was maintained up to 24 hour in the closed room.

We have demonstrated that using medicinal smoke it is possible to completely eliminate diverse plant and human pathogenic bacteria of the air within confined space.”

Basically, burning sacred or medicinal herbs cleared the air of bacterial populations by as much as 94%. Even 24 hours later, the area was still disinfected. Scientifically, the air quality in modern times contains up to 1800 bacterial types, many of which are pathogenic.

While we still may not have all the evidence backing smudging’s spiritual aspects, it has been shown that smudging is quite effective at combating bacteria. With strains of bacteria growing to be anti-bacterial resistant on a moment to moment basis, it’s obvious we can use all the help we can get. With that being said, excuse me while I go grab my smudge stick!