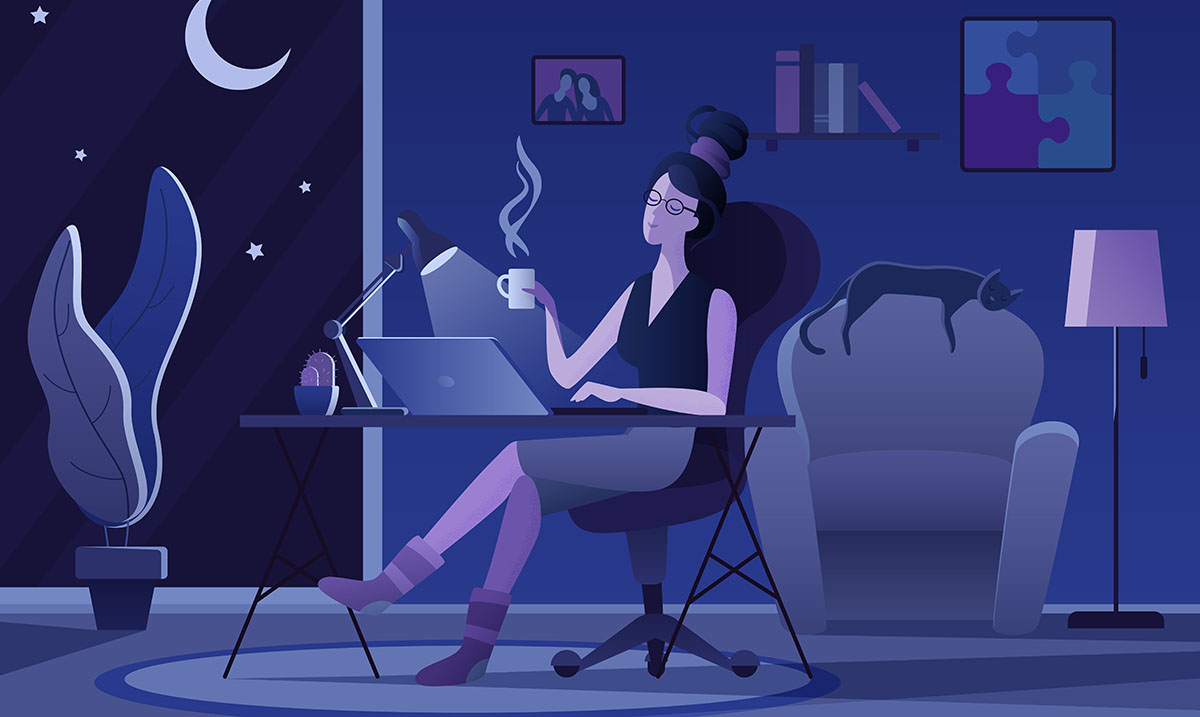 By Harley MansonMarch 18, 2022No Comments

For those of us night owls, living amongst the morning larks and trying to function in a 9-5 world isn’t easy. And while I had always assumed this, being a night owl and all, it wasn’t until recently that science verified it.

Night owls are people who prefer the night over the day. Typically, they need more time to adjust before they can properly function in their day. On the other hand, morning larks are morning people. You know, the ones who spring out of bed, happy to be awake and ready for action. And regardless of which of those you fit under, I’m sure you know which one you are qualified to be.

During a recent study, scientists found that night owl have a much different pattern of brain activity when compared with morning larks. And unfortunately, it is that difference in brain patterns that make life miserable for the night owl when they are pushed into the 9-5 life.

To dive deeper into these differences, researchers took brain scans of individuals that fell under these two categories and then compared them. In their findings, they discovered that night owls had lower ‘brain connectivity’ which is the measure of how in sync your different regions of the brain are with one another, compared to the morning larks.

The lead author of the study, Elise Facer-Childs is a researcher at the University of Birmingham. She explained to Inverse that brain connectivity levels being varied doesn’t always equate to a negative outcome, but for this study, lower levels were “less than positive.”

Throughout the experiment, they observed the brain function of 38 people as they slept, and measured their melatonin and cortisol with MRI scans. Throughout the day, they were asked to rate how sleepy they were, as well as when they were more alert.

What they discovered was that “morning larks” had higher brain connectivity during the day compared to “night owls.” Because of this, those who are considered to be morning people were more likely to be “primed” for tasks throughout the day.

So, what makes people more prone to being night owls or morning larks? According to a study published in Nature Communications, much of this is determined by our genes.

Night owls, in comparison to morning larks, had a much harder time being primed for tasks throughout the day, and also were found to be sleepier. In turn, these findings show that people who are night owls are far more likely to struggle in a 9-5 culture.

“This mismatch between a person’s biological time and social time — which most of us have experienced in the form of jet lag — is a common issue for night owls trying to follow a normal working day,” explained Elise.

“Our study is the first to show a potential intrinsic neuronal mechanism behind why ‘night owls’ may face cognitive disadvantages when being forced to fit into these constraints,” she concluded.