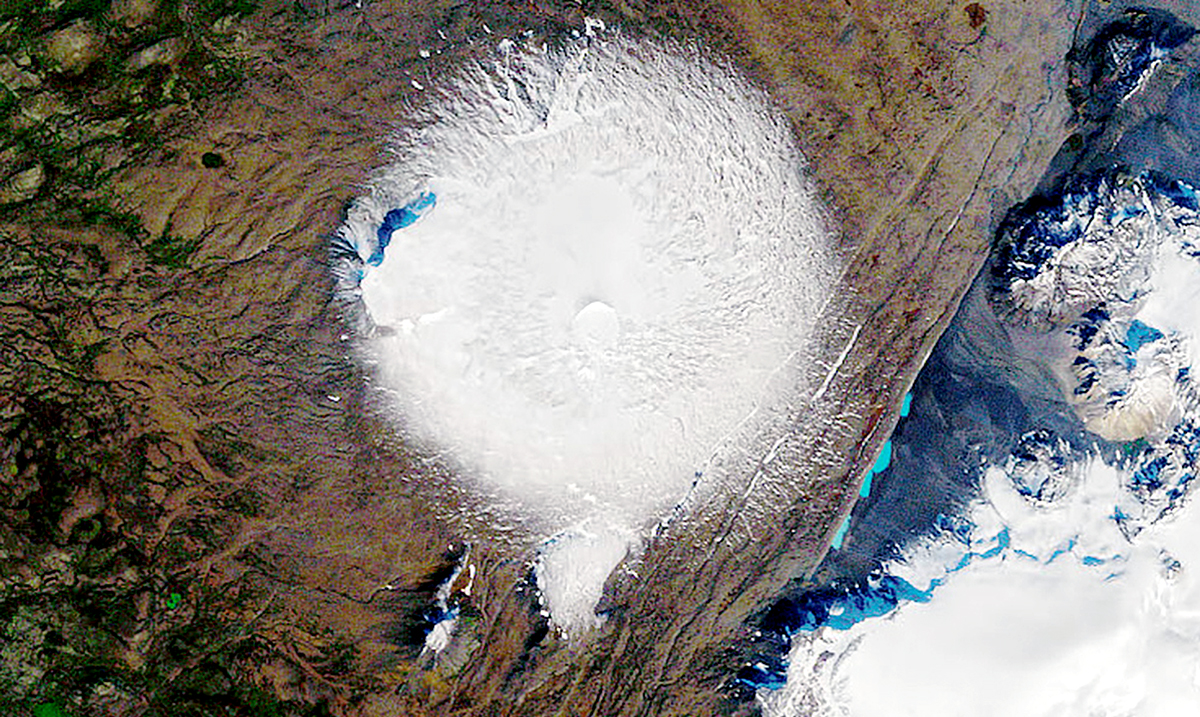 By Gerald SinclairAugust 17, 2019No Comments

While we have known for years now that the Okjokull glacier in Iceland was no longer present, most people are not aware. This is because most of us do not stop to really keep as updated with the world around us as we should.

Recently photographs of the change in this area have been making their rounds online and it is enough to bring tears to the eyes of just about anyone. The glaciers in Iceland others have been gradually melting away throughout the years and breaking down as time passes. The Okjokull just so happened to be the first to completely melt off and while that doesn’t sound as intense as it is, it is still a very serious topic to cover.

Nasa wrote as follows in regards to this glacier and what is left of it:

A geological map from 1901 estimated Okjökull spanned an area of about 38 square kilometers (15 square miles). In 1978, aerial photography showed the glacier was 3 square kilometers. Today, less than 1 square kilometer remains. The satellite images above show the glacier during the latter part of its decline, on September 14, 1986, (top) and August 1, 2019 (bottom). The images were acquired with the Thematic Mapper (TM) on Landsat 5, and the Operational Land Imager (OLI) on Landsat 8, respectively.

The dome-shaped glacier appears in the 1986 image as a solid-white patch, just north of the snow-filled crater. Snow is also visible around the glacier’s edges. In the August 2019 image, only a spattering of thin ice patches remain. Notice the areas of blue meltwater, which are likely associated with the mass of warm air that hit Iceland as it moved from mainland Europe to Greenland in late July.

The dome-shaped glacier appears in the 1986 image as a solid-white patch, just north of the snow-filled crater. Snow is also visible around the glacier’s edges. In the August 2019 image, only a spattering of thin ice patches remain. Notice the areas of blue meltwater, which are likely associated with the mass of warm air that hit Iceland as it moved from mainland Europe to Greenland in late July.

Okjökull also called Ok (jökull is Icelandic for “glacier”), was part of the Langjökull group—one of Iceland’s eight regional groupings of glaciers. Ice covers about 10 percent of the island, making it an integral part of the landscape. Loss of glacial ice has wide-ranging effects, with the potential to impact water resources, infrastructure, and even the rising of the land as it rebounds under a lighter load of ice.

That being said, this is not the first glacier to melt away from our own doings and it will most definitely not be the last. As you can see in the images below (or the video), where the cold once was is no more. The glacier has all but vanished it is merely a shell of what it once was. Sure, there are still white bits here and there but look how drastic that difference truly is. 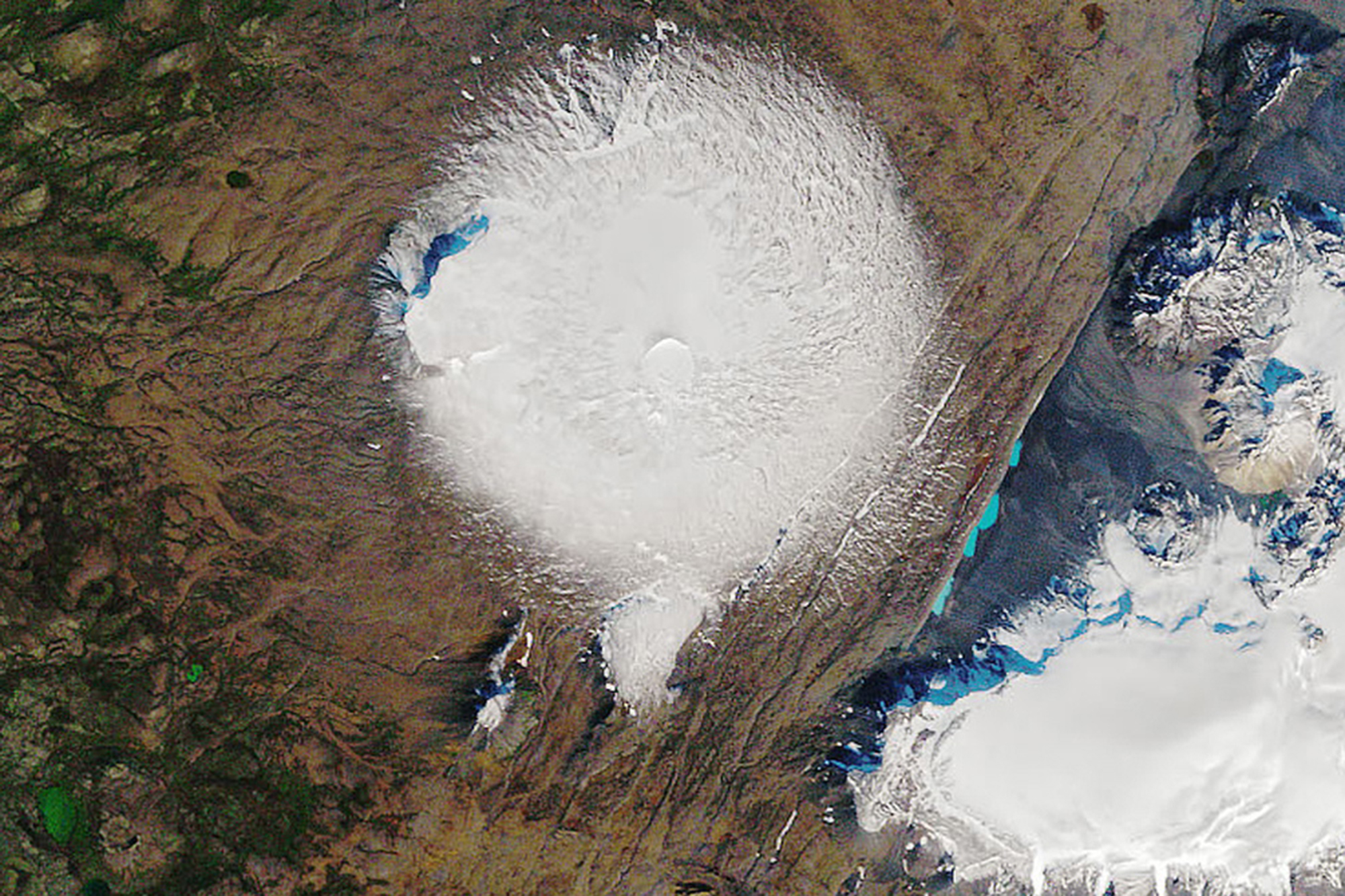 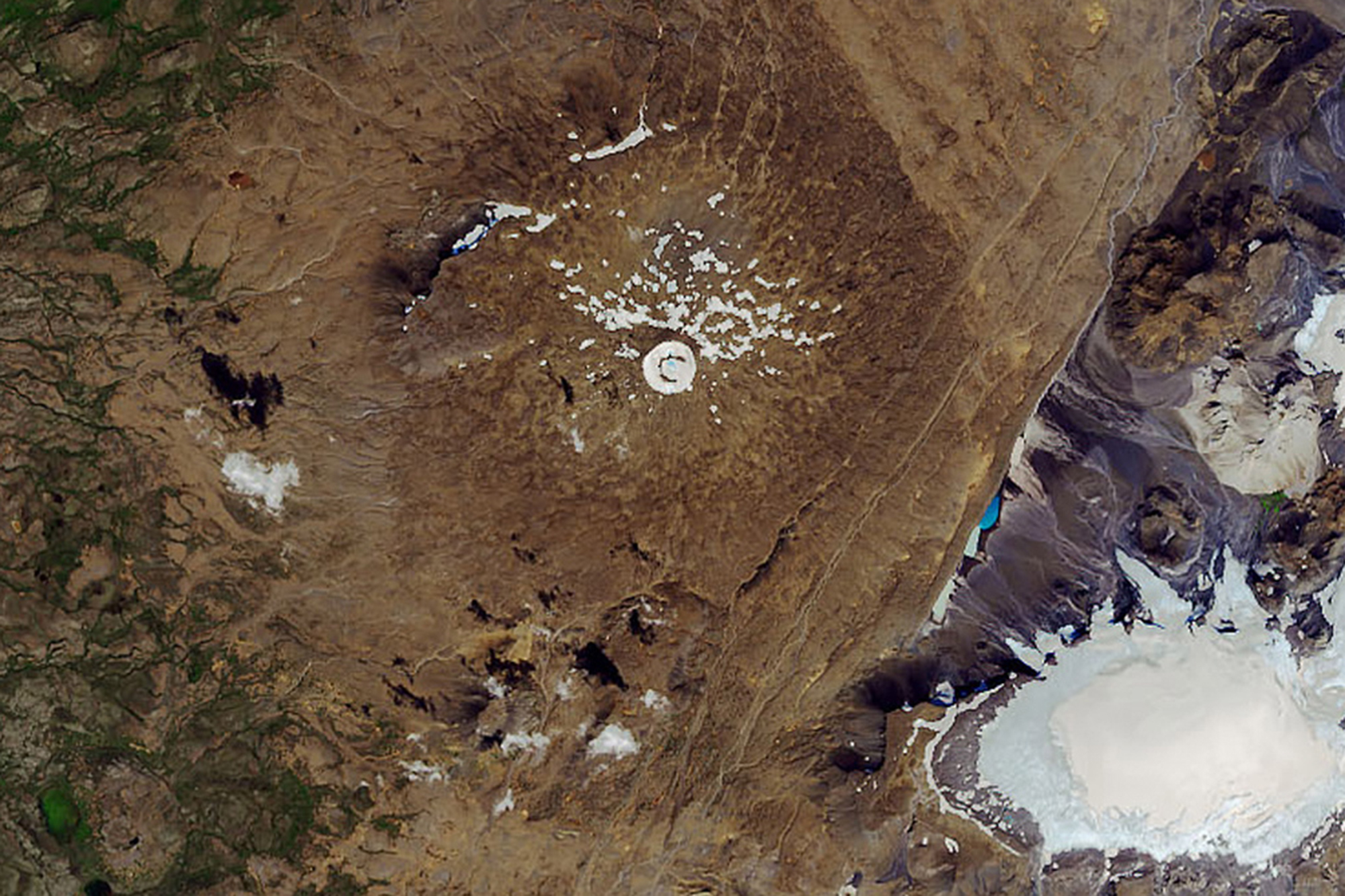 epa07763878 (COMPOSITE) A handout composite photo made available by NASA Earth Observatory of satellite images showing the Okjokull Glacier (also called Ok), West Iceland taken on 07 September 1986 (L) and on 01 August 2019 (R), (issued 09 August 2019). The Okjokull lost its glacier status in 2014 after it significantly melted down to rising temperatures. The former glacier will be marked with a memorial on 18 August 2019, highlighting the impact of climate change. EPA/NASA EARTH OBSERVATORY

Considering we’ve seen tons upon tons of ice melt within just twenty-four-hour periods this year, becoming more aware of our impact on this world is crucial. Iceland Has about four hundred or so glaciers, but it is important to note that those could disappear as early as 2200 if nothing is done to combat global warming on a truly serious scale.

Looking at 2019 images you can see that the glacier has been reduced to a point where it is basically non-existant and thus no longer as iconic as many have in the past made it out to be. This glacier itself has a memorial plaque that reads ‘A letter to the future. Ok is the first Icelandic glacier to lose its status as a glacier. Sure it might not seem like much but these words speak quite loudly. 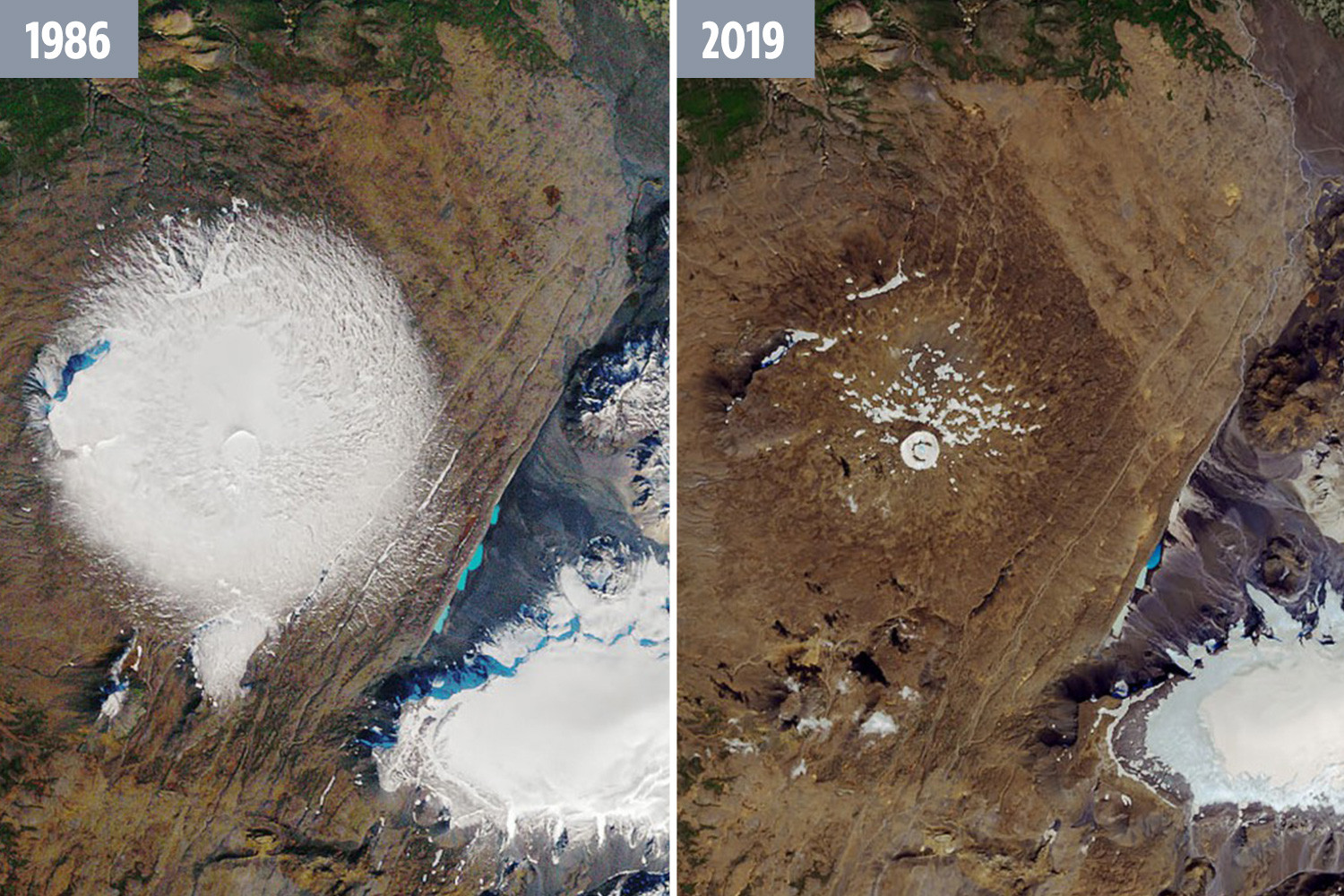 The Sun noted that the plaque continued as follows:

“This monument is to acknowledge that we know what is happening and what needs to be done.

Only you know if we did it.”

If we continue to see ice loss on this scale something devastating is going to happen. To learn more on the topic please check out the video below. I for one am sad to see things play out this way, perhaps the future isn’t as bright as we might always want for it to be. What do you think the future holds for us and will we be able to overcome things like this?