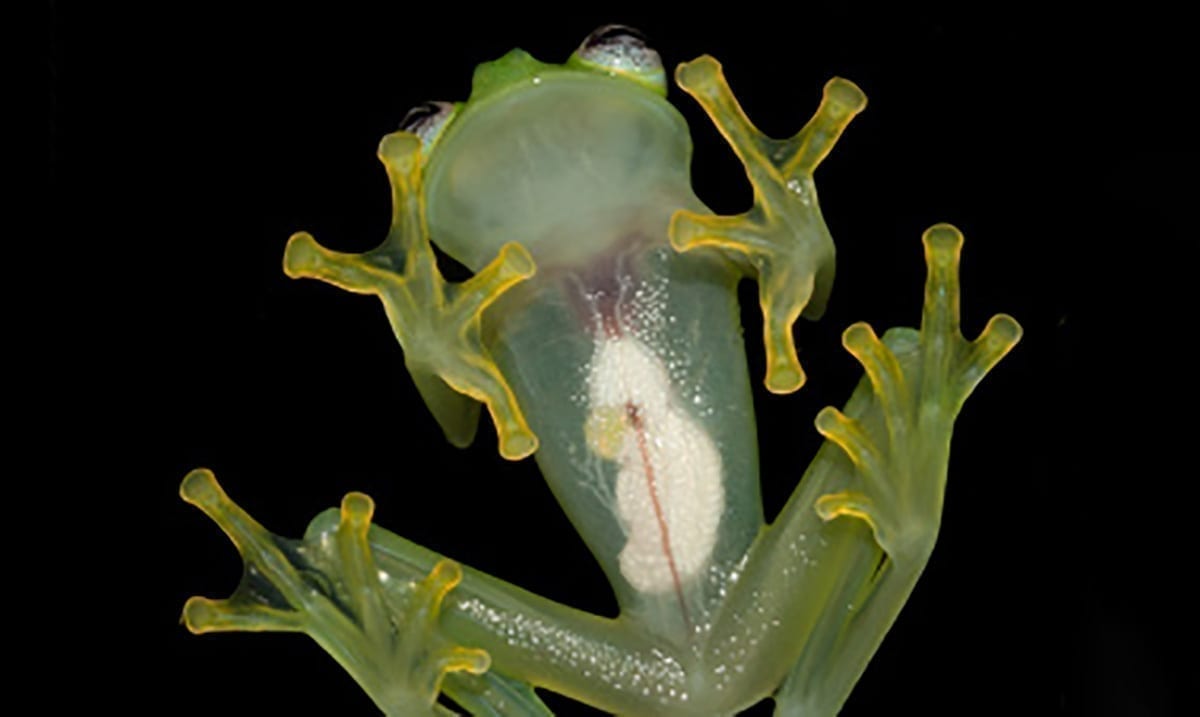 The Real Life Kermit The Frog Is Living In Costa Rica

While you might not realize it, tons of different new species are being discovered all the time. Each year according to Forbes about 40-50 new mammals are discovered.

While that might sound like a small number overall, most people are completely unaware of these findings and don’t ever really hear much about them. For instance, a real-life Kermit-the-frog was found back in 2015 and until recently I had never known about it. This ‘muppets’ frog was the first glass frog discovered in Costa Rica since 1973 and now that I know about it really blows my mind.

As you can see in the image below, this frog is strikingly similar in appearance to the beloved Kermit himself. They are the same color and their eyes are mind-blowing. It’s almost as if Kermit would look identical to this if he were to randomly turn into an actual animal versus being a mere puppet. That being said, this frog isn’t anywhere near as talented though it is quite adorable.

National Geographic wrote as follows on this discovery back when it was made:

The newfound species inhabits eastern Costa Rica’s mountainous forests, which range between 1,300 and 2,500 feet (400 to 800 meters)—prime territory for amphibians, according to biologist Steven Whitfield, who studies frogs in Costa Rica.

It’s also the altitude at which the deadly chytrid fungus is most widespread. The fungus, which attacks amphibian skin, has resulted in several frog species disappearing from Costa Rica and worldwide since the 1980s, says Whitfield, a National Geographic grantee who was also not part of the new study. (See “Deadly Frog Fungus Pops Up in Madagascar.”)

Frogs are also threatened by habitat loss due to deforestation, adds Crawford.

Considering these threats, finding a real-life Kermit is even more special.

Says Whitfield: “It’s pretty cool to see that they’ve found a new species, when there are so many that may have been lost.”

One interesting thing about this cute little frog is that it is a glass frog which means its belly skin is translucent. You can see its organs if you look at it from the bottom. While researchers do not know why this is a thing, it is quite present in these tiny frogs. Sure, they look quite green but their bellies reveal something more.

It should also be noted that male glass frogs are quite territorial according to National Geographic and definitely don’t act like the Kermit we know and love. This newer species is called Diane’s Bare-hearted glass frog (Hyalinobatrachium dianae) and it only about an inch long. It has bulging eyes that are as white as can be and really is quite the treat to see. To hear more about this interesting amphibian check out the video below.