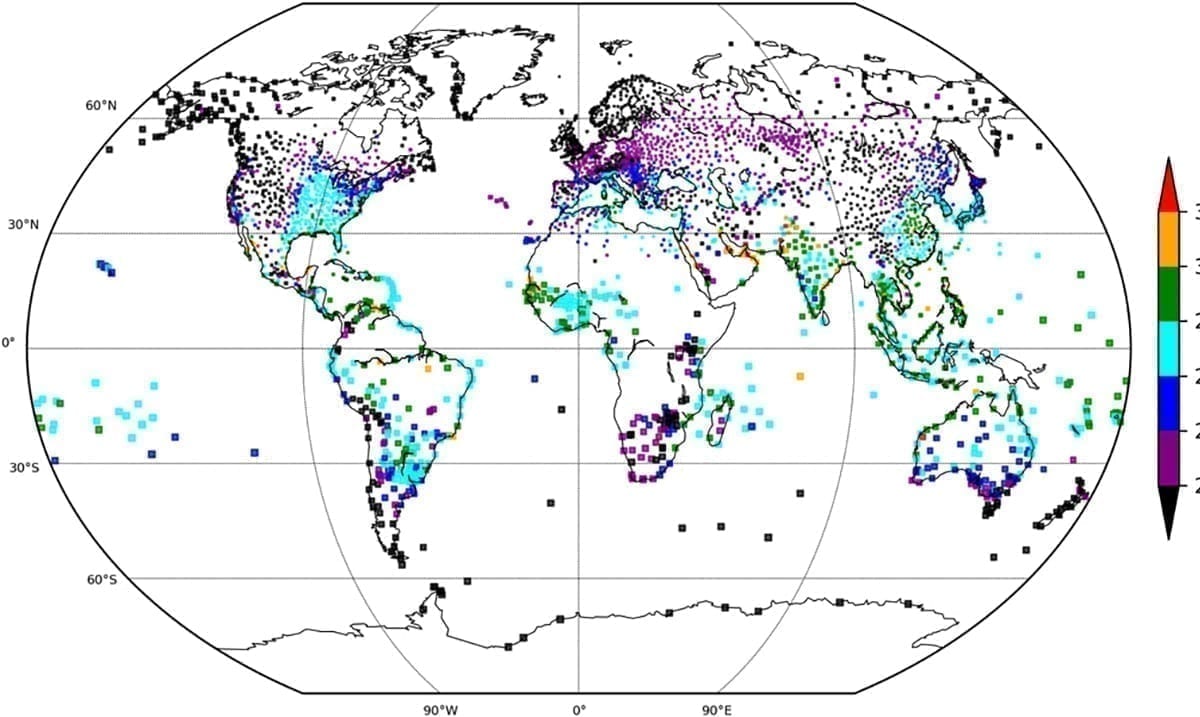 The Potentially Deadly Temperatures Expected In The Future Are Here And Rising, Report Suggests

There is no denying that in recent years the weather has been ‘different.’ As time continues to pass, global warming is getting worse, and well it makes more of a difference than most care to acknowledge.

A recent study that comes in the form of a report found that human survivability limits overall have been surpassed briefly around a dozen times in the last four decades. This survivability limit for those who do not know is what we refer to the limit of heat and humidity we as human beings can handle properly. You see if we get too hot and too humid at the same time, we become unable to sweat and thus unable to cool the skin itself.

While we’ve been able to deal with heat as a whole overall for a very long time as we continue to push forward this kind of thing will become more and more common putting many people at risk of overheating and potentially losing their lives. Extreme human heat is dangerous and vastly underestimated, or so it would seem. I know, this might sound a bit silly but if you’ve ever dealt with extreme heat, you know all too well how scary it can be to find yourself stuck in.

The abstract of the study noted above in Science Advances goes as follows:

Humans’ ability to efficiently shed heat has enabled us to range over every continent, but a wet-bulb temperature (TW) of 35°C marks our upper physiological limit, and much lower values have serious health and productivity impacts. Climate models project the first 35°C TW occurrences by the mid-21st century. However, a comprehensive evaluation of weather station data shows that some coastal subtropical locations have already reported a TW of 35°C and that extreme humid heat overall has more than doubled in frequency since 1979. Recent exceedances of 35°C in global maximum sea surface temperature provide further support for the validity of these dangerously high TW values. We find the most extreme humid heat is highly localized in both space and time and is correspondingly substantially underestimated in reanalysis products. Our findings thus underscore the serious challenge posed by humid heat that is more intense than previously reported and increasingly severe.

Things like this could end up having extreme consequences once all is said and done. This kind of thing will change the world and how we all deal with extreme heat and humidity as a whole because eventually, it may become something we struggle to bear with. In order to reach the findings these researchers did, they analyzed data from over four thousand weather stations and worked to go over which areas had the highest ‘wet-bulb’ temperatures.

There ended up being a lot more than you’d expect and well, their research is quite telling. Sure, some people are able to go sit comfortably inside with their air conditioners when times like these peak but not everyone has that luxury. This in itself is another huge red flag as to why we need to be working on cutting emissions as best we can.

Part of the results of this study noted as follows:

Our findings indicate that reported occurrences of extreme TW have increased rapidly at weather stations and in reanalysis data over the last four decades and that parts of the subtropics are very close to the 35°C survivability limit, which has likely already been reached over both sea and land. These trends highlight the magnitude of the changes that have taken place as a result of the global warming to date. At the spatial scale of reanalysis, we project that TW will regularly exceed 35°C at land grid points with less than 2.5°C of warming since preindustrial—a level that may be reached in the next several decades (35). According to our weather station analysis, emphasizing land grid points underplays the true risks of extreme TW along coastlines, which tends to occur when marine air masses are advected even slightly onshore (14). The southern Persian Gulf shoreline and northern South Asia are home to millions of people, situating them on the front lines of exposure to TW extremes at the edge of and outside the range of natural variability in which our physiology evolved (36). The deadly heat events already experienced in recent decades are indicative of the continuing trend toward increasingly extreme humid heat, and our findings underline that their diverse, consequential, and growing impacts represent a major societal challenge for the coming decades.

What do you think about this study? I for one think it is very important. The effects to come of our actions as humans are going to be much worse than people want to come to terms with.