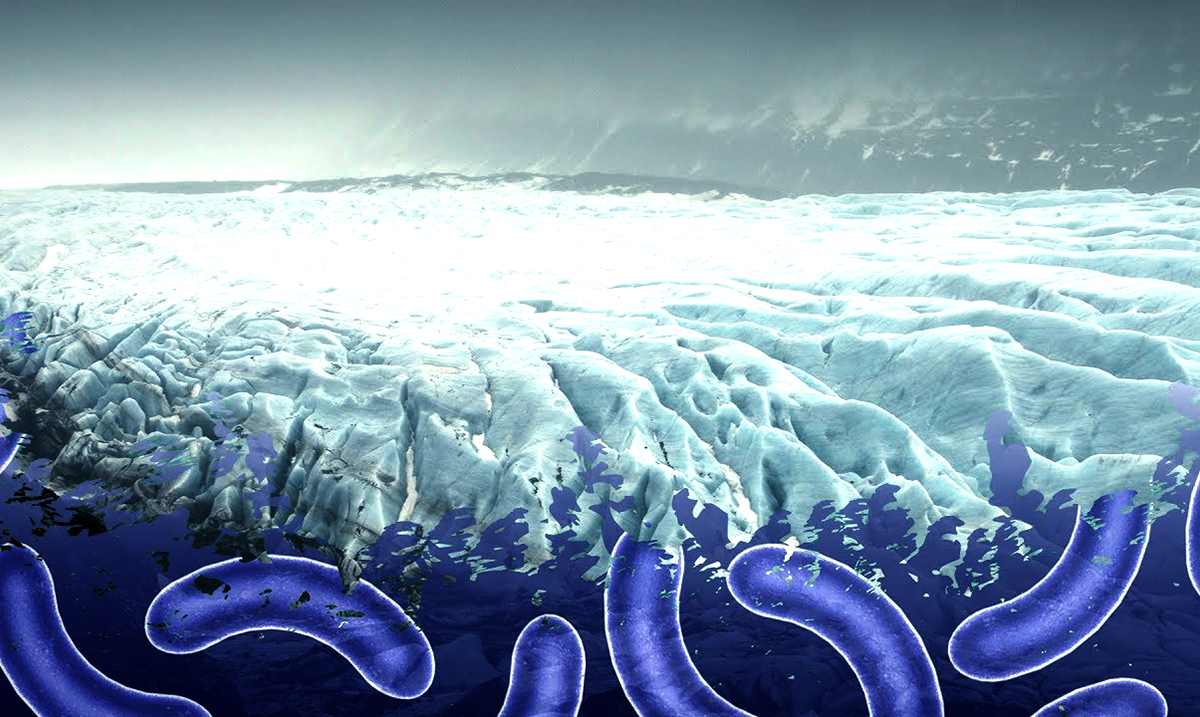 Science has discovered that from 1580-1850 that the Little Ice Age caused glaciers to expand in the Atlantic, extending across the landscapes and covering moss. Species were lost to the permafrost and left entombed beneath sheaths of ice, however, as the globe has begun to warm, we have experienced a strange phenomenon in which these sheaths are melting, and these species are beginning to surface.

During a recent exploit to Canada’s Ellesmere Island, where a massive glacier covered an area of moss, biologist Catherine La Farge found some of the moss that had been freed from its icy entombment. And not only did they find the moss, but it also appeared to have signs of life.

“As we walked up to the edge of the glacier, we could see patches of mosses that seemed to be coming out from underneath the ice,” recalled project leader Catherine La Farge.

“They were blackened, but there were also tints of green in there as well. As I looked more closely I thought, ‘Oh my gosh, what’s this? Either this has somehow managed to retain a vestige of its original color or it’s just started to grow again after centuries under the ice.’ The thought of that just blew my mind.”

According to IFL Science, permafrost is what happens when the soil reaches below freezing for over two years. Until the moss, the only things that have been revived after being under permafrost were bacteria.

In order to revive the moss, the cores of the plants were harvested and then incubated in portions, giving them the correct lighting and temperature. Within a few weeks, it began to grow. Even stranger, the moss was around 1530 years old, and around decades old before the permafrost had set in.

Typically, when we hear of climate change, we find horror stories, where we are given the worst case scenario associated with the changing climates. However, for once, we are able to say that while numerous species may become extinct, there are some that may actually have hope for revival.

From bacteria to multicellular animals, scientists are finding that survival isn’t quite as set in stone, or perhaps, ice, as we once thought. And while you would think that creatures that are lost beneath the permafrost would be forever lost, that actually isn’t the case.