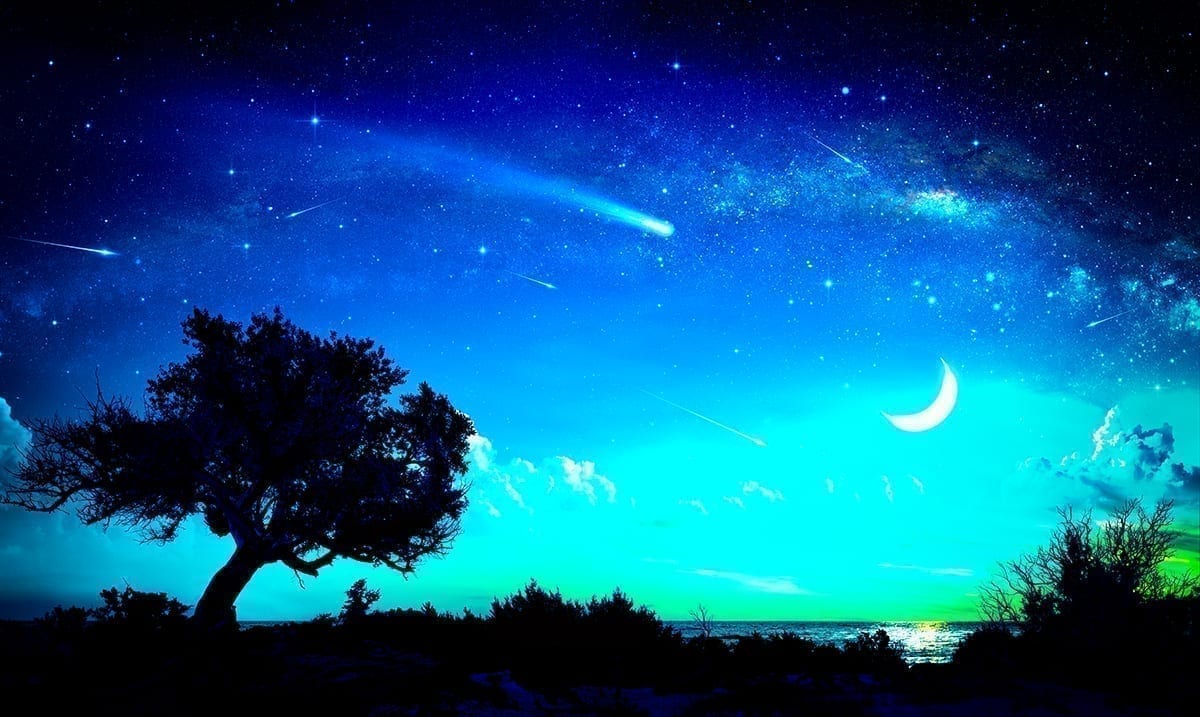 The Most ‘Convenient’ Meteor Shower Of 2020 Peaks This Weekend – Look Up!

As we move through October the beginning holds some interesting events. While not a huge shower the Draconid meteor shower peaks this week and it’s one that I personally do my best not to miss.

The Draconid meteor shower happens every year and while it only produces around 10-20 shooting stars per hour, it is something that really seems to put most of us in a good mood. If you like to sky watch, getting out, and seeing how many shooting stars you happen to notice really might be worth your while. Getting out and about after midnight somewhere away from city lights might give you the break you need and allow you to really fully take in this celestial event.

This meteor shower peaks on the night of the 7th but should also be active for a good while. I recommend taking a look at the sky on the 7th and the 8th as both nights should provide you with quite the sight. This shower is one that comes from debris from the comet 21P/Giacobini-Zinner and whether you only see two or three shooting stars or you see 20 or more, the act of seeing something like this shoot across the sky is something that really sticks with you.

Earth Sky wrote as follows on their website about this shower and viewing it:

October’s Draconid meteor shower – sometimes called the Giacobinids – is gearing up, with the Draconids’ expected peak night to fall on October 7, 2020. This week’s waning gibbous moon won’t rise until mid-to-late evening, providing a few to several hours of dark sky, starting at nightfall. Unlike many meteor showers, the best time to view the Draconids is during the early evening hours. The Draconid shower is usually a sleeper, rarely offering more than five meteors per hour. But watch out if the Dragon awakes! The Draconid meteor shower produced awesome meteor displays in 1933 and 1946, with thousands of meteors per hour seen in those years. European observers saw over 600 meteors per hour in 2011.

The Draconid shower is active between October 6 and 10. As noted above, the best evening to watch is likely October 7; try the evenings of October 6 and 8 also. Notice the word evening. This is one shower you don’t have to stay up late to see. Once again, we encourage you to start watching first thing at nightfall. Be sure to find a dark, open, country sky.

How many Draconids will you see? In general, the Draconids aren’t a rich shower, unless their parent comet is nearby. They typically produce only about five meteors per hour.

This annual meteor shower happens when Earth in its orbit crosses the orbital path of Comet 21P/Giacobini-Zinner. Debris left behind by this comet collides with the Earth’s upper atmosphere to burn up as Draconid meteors. This comet has an orbital period of about 6.6 years. It’s about six times more distant at its farthest point from the sun than at its nearest point. At aphelion – its most distant point – it’s farther out than the planet Jupiter. At perihelion – its closest point to the sun – it’s about the Earth’s distance from the sun.

On rare occasions – when the peak of the shower coincides with the comet’s perihelion – this shower has been known to rain down hundreds or even thousands of meteors in an hour.

Tracing this shower back to its radiant point at the head of Draco the Dragon, you may end up getting quite the show depending on how this year’s shower plays out. We never truly know what we’re going to get until the shower’s peak is before us. That being said, you can look just about anywhere in the sky for a space rock of sorts flying by, they don’t just stay in one place.